Digital Matters: The Isle of Man is flying high in the ‘essential’ world of coding 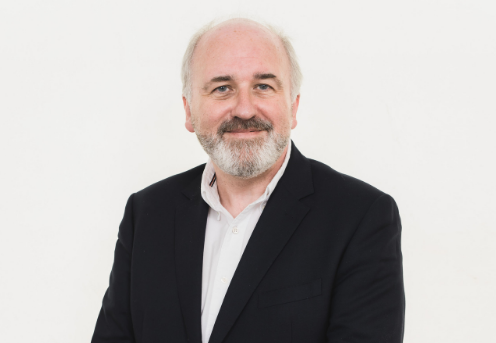 Technology is all around us, and coding is an essential skill in today’s world.

It has never been easier to create your own app, build a robot and invent something new. These events were designed to show that these are all things within reach, and this will inspire some to pick a career in science and technology. Even if this is not the case, coding can help develop skills like computational thinking, problem solving, creativity and team work, attributes which are important wherever you go.

It’s undeniable that we live in a very connected world but sometimes we need to be reminded that we, in the Isle of Man, are a lot more than a passive observer. In fact, we really can demonstrate we have huge potential that we need to encourage at every opportunity.

With this in mind, it was great that the Isle of Man came third in this year’s overall rankings for EU Code Week, a grassroots initiative which aims to bring coding and digital literacy to everybody in a fun and engaging way. This year saw a total of over 42,000 events being held in Code Week, in a total of 74 countries around the world. A total of 22 events were organised across the Isle of Man which, based on our population size, put us right up in the rankings, alongside Malta, Italy and Estonia.

MICTA, the Manx ICT Association, provides encouragement and support through education liaison and our other resources to support activities such as these; we are hoping to expand outreach and educational activities to meet obvious demand, but we are certainly not alone: lots of people need recognition for making the events successful.

Many schools decided to get involved and helped to enrich their students through these activities; business and community centres not only provided venues but also access to their communities; Isle of Man Code Club, now in its third year of operation, is instrumental in being a constant source of inspiration and support and, most important of all, we need to recognise those who volunteered their time to teach and enthuse others. This is the type of strength we continue to show as a community.

Owen Cutajar, MICTA’s educational liaison who is responsible for our involvement with EU Code Week, told me more about the events held in the Isle of Man:

‘This year we used Code Week to try and make programming more visible, showing not only children but also adults how code can help you bring ideas to life.

‘We held a number of different events in schools across the Isle of Man and also engaged with different communities and business spaces including Eagle Lab, The Engine House, Isle of Man Code Club, Henry Bloom Library and Jurby Community Centre.

‘We also ran a range of different events this year, from coding in Scratch, to robotics sessions and even got creative with little electronic devices called Microbits.’

We’ve had other successes even further afield. Earlier this year, Adam Drummond, a student from St Ninian’s, came third out of 1.3 million people taking part in a Microsoft competition. This was made possible through an initiative of the Manx Educational Foundation, which offers free Microsoft training to all secondary schools on the island. Adam is a long-standing member of Code Club and is also participating in Cyber Centurion, but more about that later.

These successes don’t come from nowhere: they are the product of the investment we put into our children and the communities and initiatives which nurture them. Among these, we also take part in an initiative called Career Ready. This is aimed at A-level students and is designed to give them an introduction into the workplace. The programme exposes them to work experience, mentoring and even a visit to London.

Another initiative is the MICTA IT apprentice scheme which combines the opportunity to further one’s studies while being placed in gainful employment.

This year we’ve also seen the creation of a new organisation called Love Tech, founded by a group of local female leaders and technologists. Their mission is to increase the number of girls choosing STEM (Science – Technology – Engineering – Maths) careers. They have already organised a number of oversubscribed events for girls in the Isle of Man and have a number more scheduled.

So, what is next on the list now that Code Week is over? Owen Cutajar explained that the Isle of Man Code Club was taking part in Cyber Centurion, a cyber security contest run across the UK and Dependencies.

He said: ‘We’re still at the beginning of the contest, but we are doing fabulously so far.

‘We have had a team take part for the last three years, but this year there is enough capacity to have three teams take part, two in the 12-14 age category and one in the 15-18 age category.

‘We’ve only taken part in round one so far, but the younger teams scored 100% in their assignments and the older team managed to get 197 points out of a total 200. We have high expectations that we can once more do the Isle of Man proud.’

I wish the Isle of Man Code Club the best of luck in this competition. Cyber security is one of the fastest growing segments in computing nowadays, with more jobs opening up every day. Getting youngsters involved at an early age will be beneficial for them and give them some fantastic options in the future.

The opportunities that this supported activity creates are thrown into sharp focus if you put them against a global backdrop. There is an increasing demand for IT skills all around the world. According to the U.S. Bureau of Labour Statistics, software developer jobs are expected to grow 17% over the next 10 years.

They categorise this growth as ‘much faster’ than the average rate among other professions. Closer to home, UK statistics show that digital careers are seeing double the growth rate of other industries and jobs in coding pay more than others. It is more than likely that this will be even more important with greater opportunities here as we become more and more an integrated digital economy.