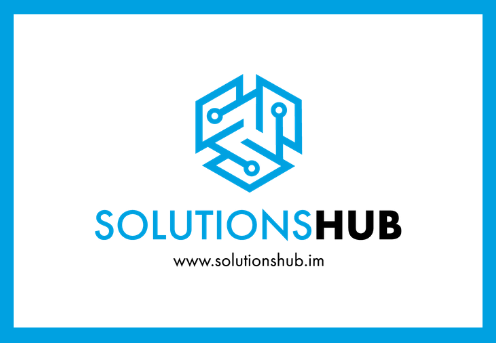 Lee Hills, Chief Executive of SolutionsHub, discusses how he became involved in the cryptocurrency sector and how his company has grown to become a leading authority in blockchain regulation.

I first got involved in the crypto space in 2014 when I hopped on Skype to wish happy birthday to an old gaming client. We probably hadn’t spoken in a couple of years, so we ended up chatting for some time and having a good catch up. It turned out that after exiting a previous business, he and his business partner had established a white-label bitcoin exchange.

The technology was there, but the corporate structuring wasn’t. I was working at ILS World at the time and we ended up assisting him with that business and that was my first real involvement in the sector. It certainly piqued my interest in cryptocurrencies and especially blockchain technology.

In early 2015 I took a secondment to Dubai. At that time, there was no obvious place to establish a blockchain business, in those days were mainly bitcoin related. However, we found a home for them in the Dubai Multi Commodities Centre (“DMCC”).

Unfortunately, it was short-lived as, almost overnight, Dubai changed its policies and we could no longer register or renew those businesses with the DMCC.

Dubai would later return to the space, but in the meantime, it left our clients with issues. Not one to leave clients in the lurch, we started looking at where else we could home them. Fortunately, ILS had offices in what would later become some of the leading jurisdictions for such businesses, so we managed to find suitable solutions for these businesses.

When I returned from my secondment to the Isle of Man, I was seriously considering establishing my own advisory firm. I had worked for several years advising start-up businesses but never fully taken control of one myself. It was a challenge and a responsibility that appealed to me greatly. I wanted to prove I could walk the walk and, hopefully, provide a better life for me and my family in the process. With the support of my wife, Zita, I decided to back myself and opened SolutionsHub in June 2016.

Later that same year, we won the contract to help with obtaining the world’s first blockchain gambling licence. As you can imagine, this process was not straightforward but with expertise in gambling regulation and licensing, plus an ambition to achieve something no one else had previously managed, I am proud to say SolutionsHub was successful.

In 2017, we blazed another trail. The Isle of Man’s uniquely flexible Designated Business Act regulations enable businesses to launch Initial Coin Offerings (ICOs) that are compliant with Anti-Money Laundering and Countering the Financing of Terrorism (AML/CFT) laws. We made use of this regulation to advise on the island’s first hard-capped ICO, which raised $40m, as well as numerous other successful offerings.

Nick Wright, our COO, joined the team in 2018. A former colleague and eGaming Inspector and had been working with a blockchain lottery, so he brought unique expertise of practical matters relating tokenised businesses and compliance. His arrival really was a game changer that took SolutionHub’s offering to a new level.

After Nick’s arrival, we continued to support blockchain businesses by extending our professional network, helping professionalise syndicates and assisting innovative new DeFi businesses (before they are coined DeFi). We continued to enhance our reputation as a world leader in crypto regulation, speaking at several industry conferences and passing the first Isle of Man Gaming Supervision Commission crypto audit.

In 2019 we secured the first approval for a blockchain sportsbook, which was a significant achievement given the complexity of the infrastructure. Our efforts were rewarded with victory in the EGR B2B Awards, when we were name Cryptocurrency Services Supplier of the Year and we have picked up many other awards for our work in the wider blockchain sector since.

This year has clearly been a strange one for everyone but, if anything, the challenges have brought the potential advantages of digital currencies into sharper focus, and I’m pleased to say we have never been more in demand. The crypto space continues to be hugely exciting and we are at the forefront of what I believe is the beginning of a financial revolution.