Building a multi-jurisdictional business from the Isle of Man 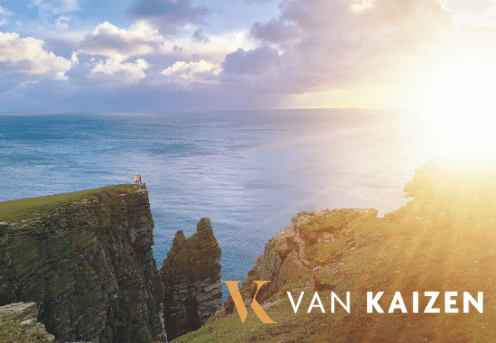 Cosmo Currey, Head of Talent Acquisition at international headhunting firm Van Kaizen, talks about the challenges of building a business with a wide geographic spread and the role the Isle of Man has played in making it a success.

As I took the Christmas decorations down at the start of this year, our headhunting business was only just getting off the ground. We had five people in the Isle of Man, a handful of exciting clients, and a business model disruptive enough to make the right people pay attention. By the time I get around to putting them back up, we will have twenty-five people in eleven countries, across six continents, speaking twenty-eight languages.

I am immensely thankful for that growth, particularly in a year that has been so difficult for so many people, the recruitment industry included. Thankful, more so than simply proud, because a unique combination of industry trends and jurisdictional benefits has helped us overcome the difficulties of building such a geographically diverse business.

Traditionally, businesses only begin to build international offices when they reach large sizes, hence why the term ‘multinational’ conjures thoughts of enormous, publicly listed entities. I would argue that is no longer the case; that Van Kaizen is one of a growing number of multinational small and medium size enterprises (SMEs), or ‘micro-multinationals’, which are changing the face of cross-border business.

The trend has been driven by technology; platforms for collaborating with colleagues overseas have been excellent for many years now, held back only by a lack of widespread cultural adoption. We built our business around this capability from day one, deciding we would rather invest in a state-of-the-art IT infrastructure than in offices or coffee machines.

As a result of this technological capacity, now accelerated by lockdowns, priorities for entrepreneurs in many industries have shifted. A physical presence in major cities is no longer a requirement to be taken seriously and your business isn’t dependent on the local labour market anymore. Instead, power and data infrastructure, supportive governance practices, and quality of life come to the fore. All areas in which the Isle of Man shines, which is why the Isle of Man has proven an excellent base from which to build.

Yet technology’s effect on offices is only one piece of the puzzle. Trading internationally raises challenges in a whole host of other areas, such as statutory compliance, insurances, policies and procedures, and contract drafting, to name just a few. In this, the cluster of outward-looking professional services firms in the Isle of Man has been helpful, with expertise on matters far beyond the Island’s borders. Many of them are fledgling micro-multinationals themselves.

I won’t pretend the Isle of Man is perfect. I believe the Island has suffered, for example, from changes in the global banking industry over the last 10 years, such that it can sometimes be difficult to obtain banking and payments services. However, these weaknesses are being addressed and we found ourselves with a choice of two excellent providers when setting up multi-currency accounts for Van Kaizen. The legislative agility of the Island often means such problems are short lived.

Amid all the troubles in the world, it is the unique privilege and responsibility of entrepreneurs to see the opportunity in every challenge: the silver lining that helps the economy, and in turn society, pick itself up and dust itself off. Now is the time for small businesses to have truly global ambitions, and we feel the Isle of Man is one of the best places in the world to begin.