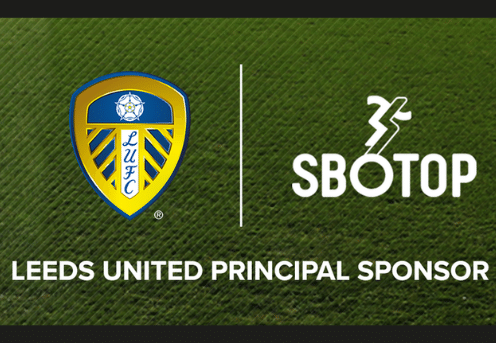 The Isle of Man-headquartered firm, formerly known as SBOBET, has put pen to paper on the largest commercial deal in the Yorkshire club’s 101-year history.

The agreement will see the SBOTOP logo feature on the front of Leeds United shirts from the start of the 2020-2021 season, as well as on club training wear.

Leeds United executive director Paul Bell hailed the new sponsorship agreement with SBOTOP as a “landmark” day for the club’s commercial strategy as it targets partnerships with global brands.

“We have been in discussions with Bill Mummery and his team at SBOTOP/Celton Manx for some time, looking at various ways to work together and I’ve been very impressed by their experience and the proactive way in which they have looked to engage with the club,” said Bell.

“Now that we have returned to the Premier League, we are in a position to work with SBOTOP on a truly global platform as we both look to achieve our goals,” he added.

SBOTOP executive director Bill Mummery said the firm was proud to partner with a club with a rich heritage and substantial fan base.

“We have experience of working in the Premier League and this strategic partnership allows us to work closely with the club as they enter into this next phase of their history, back in the top flight,” said Mummery.

“These are exciting times for all concerned and we can’t wait to get started,” he added.