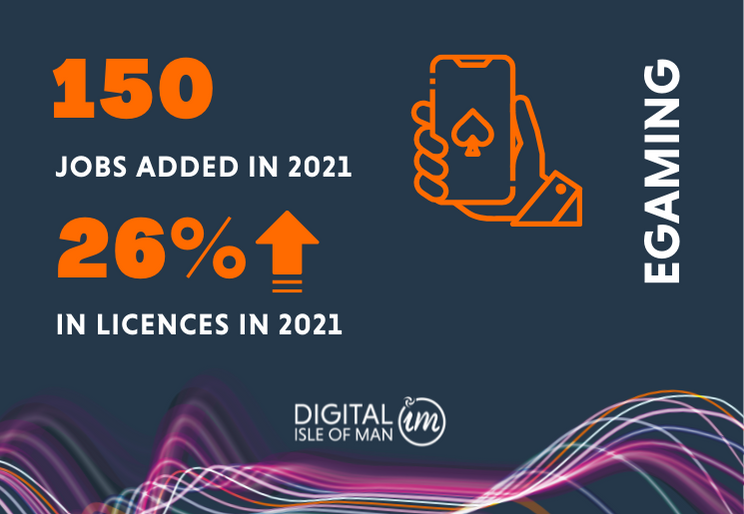 The year started with no in person industry events and still just virtual conferences which were losing their appeal. With the cancellation of all major eGaming events for most of the year we have continued to collaborate with industry, taking a content led approach to marketing the Island as the gold-standard in gambling regulation. We have now recently returned from our first off-island event in Malta where we were joined by several on –island businesses and we are preparing for what is usually the industry’s largest event, ICE 2022. We will be partnering with several on-island businesses for this flagship event.

Even during the pandemic we have continued to see a high level of demand for an Isle of Man licence, and we are even 26% up on last year’s licence numbers with a third of our licences now being software supplier licences. Yet is not just licenses that are growing, we have seen a dramatic increase in the number of people wanting to come and work on the island. Part of this growth is fuelled by on-island businesses who want to increase their workforce to give them stability and on-island business continuity when their other international offices closed down in times such as the pandemic. Another part of the growth is new licensees that want to have substance on our island which is a great place to establish a working environment. We expect to bring more than 150 jobs to the island this year, which is no mean feat during times of closed borders and restricted travel.

As we approach 2022 we still see a large demand for companies wanting to licence on the island and set up operations here, and we continue to see competitor jurisdictions such as Malta and Curacao facing stiff challenges both economic and regulatory. The value of the Isle of Man gaming licence with high international regulatory standards and welcoming government continues to bear fruit for a highly compliant regime such as ours, and as we attend industry events we expect to see this demand continue to grow and grow.