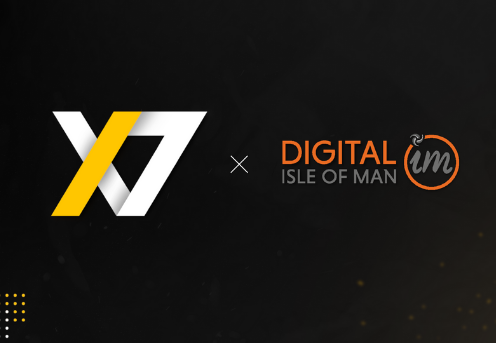 Digital Isle of Man announces its sponsorship of the Island’s first professional esports organisation, underlining its long-term commitment to the industry.

Digital Isle of Man has sponsored X7, a new team, with a roster in League of Legends at present and plans to enter further titles. The team was founded on the Isle of Man in December 2020.

The sponsorship follows growing interest in the Isle of Man esports scene at all levels, with Gilly Tho, an Island-based content creator, recently signing for LDN UTD and significant investment and education at the grassroots level.

X7 Esports plans to make an impact in the UK and global esports industry. Focussed on attracting and supporting exceptional talent from across the world, X7 will recognise, nurture and introduce some of the best competitive players to both the UK and European scene.

X7 made its debut during the League of Legends United Kingdom Esports League (UKEL) Summer Open Qualifiers, where they produced a flawless set of results with 10 wins and 0 losses, setting the standard for future Isle of Man Orgs.

‘Esports is a fast-growing industry on the Isle of Man, and we are delighted to be able to support X7 on their journey. As the Island’s first professional esports Org competing in a recognised tournament within the industry. It is a very exciting opportunity and demonstrates that the Isle of Man is well-placed to support other such initiatives looking to grow and develop.

‘We continue to show and prove our authenticity and passion for growing esports on the Isle of Man and powering X7 to help them on their journey to compete at the highest level is another example of this. We hope they are the first of many Orgs with Isle of Man connections, whether that’s recruiting future Isle of Man stars or basing themselves here, and we will support them every step of the way.’

‘I am thankful to Digital Isle of Man for assisting X7 Esports in achieving our goals for the upcoming UKEL Summer 2021 split. All players and staff are excited to work with Digital Isle of Man during our debut professional performance and I feel this will be a strong and valued partnership for the organisation moving forward.

The Isle of Man has a lot to offer in terms of supportive structures and security, and they have already proven this with traditional sports and local companies. Getting involved with esports at such a pivotal time is a good move for the Isle of Man. It's also great to see the Island continuing to support grassroot initiatives and those wanting to make a name for themselves in this space.

I trust that X7 Esports will be able to help put the Island on the map in this rapidly growing industry, and I look forward to seeing how the Isle of Man continues to support esports into the future.’

In addition to lead sponsorship from Digital Isle of Man, Amber Gaming have also partnered with X7 and are supporting them to scale their brand through the provision of consultancy and professional services, including corporate and accountancy services delivered through their group of companies.

Jade Zorab, Managing Director, Amber Gaming added: ‘The team at Amber Gaming have long been invested in the esports space. As this arena evolves, the growth of professional esports Org owners like X7 is going to be stratospheric so it is important that time is taken now to ensure that they have a robust structure and governance framework in place and are planning with protection, scalability and security in mind.

We are excited to work closely with Digital Isle of Man once again and extremely pleased to see they are supporting and promoting key organisations such as X7 at such a critical point in their journey. Esports has the makings to be a significant industry for the Island going forward and the time is now to get involved to help the sector and its participants reach its full potential.’