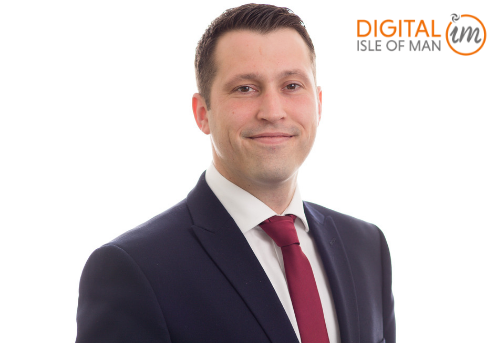 Lee Hills, CEO of the Douglas-based blockchain and eGaming advisors, SolutionsHub, takes us through the evolution of funding models for blockchain enterprises.

The original flagship of blockchain funding was an ICO.

An ICO is a concept of crowdfunding cryptocurrency and blockchain companies and projects. ICO stands for Initial Coin Offering, (sometimes referred to as a “token-generation event” or “crowdsale”). An ICO involves a company creating its own cryptographic tokens and selling them in exchange for cryptocurrencies with a purpose of funding the development of technologies and/or operations. It usually releases a certain number of crypto-tokens and then sells those tokens to its intended audience, most commonly in exchange for Bitcoin, or Ether. As a result, the company gains capital to fund product development, expansion and marketing and the purchasers get access to services at a discount, or preferential rate to alternatives.

There are parallels between the concepts of Initial Public Offering and an ICO. However, there are several key differences, the most meaningful of which is that an IPO involves selling equity in a company, whereas an ICO is usually the sale of “utility tokens”, equating to a discount on goods or services, although often purchased for high-risk, high-reward speculation.

Within an ICO, the instigating party will establish a smart-contract (an immutable piece of code that is published publicly online) and those willing to participate will send BTC, or ETH and receive a token. That token can denote anything (generally royalty rights, equity, shareholding, voting rights, or rights to a product, or service).

IPOs are sophisticated fundraising mechanisms, heavily regulated and limit participation to a relatively small number of parties. They require significant independent review, engagement of legal firms and other professional parties. They also carry severe consequences in the case of non-compliance.

Conversely, ICOs were new and largely untouched by government regulation during the peak of their popularity. This meant any project could launch an ICO, at any time, with little preparation, and any person could take part in it and contribute their money. However, following the 2018 crypto market crash and subsequent bear market, ICOs have become very unpopular, with the average size of ICO and percentage of successful ICOs falling dramatically.

This is unlikely to change, at least until there is significant liquidity in the alt-coin (alternatives to Bitcoin and Ethereum) market. Even with a buoyant alt-coin market and significantly restricted supply of utility tokens, it is difficult to see many projects offering the immediate widespread adoption required to underpin the token price long-term. So, as with any startup, it is those who have spent funds wisely, delivered usable products, made meaningful partnerships and gathered a sticky userbase, that will survive and thrive long-term.

STOs are much more akin to an IPO than an ICO, as they often represent partial, or full shareholder rights.

I would argue that STOs are a natural evolution for a sector seeing the bottom fall out of tokens with commonly limited, or no, pegged value, but also with the steady influx of sophisticated and institutional investors engaging with blockchain startups.

Seeing the opportunity in blockchain technology, these investors are looking to support the right projects, but demand similar protections to those they are used to in traditional funding rounds.

There has been a slower uptake in STOs, but this is inevitable when one considers that launching an STO requires finding a permissive jurisdiction and engaging a full suite of professional advisors. However, these factors also have the natural by-product of weeding out the weaker propositions, and those solely interested in raising as much capital as they can, with limited realistic chance of delivering value for all parties.

However dressed, an Initial Exchange Offering is an ICO, but with the swap for BTC or ETH made on exchanges.

The advantage to purchasers is assurance regarding a market for their tokens, rather than trying to arrange listing on an exchange with reasonable volumes post-ICO. Unfortunately, many have not learnt from the lessons of ICOs being susceptible of the same business risks as any startup.

I recently saw a LinkedIn video from industry “experts” promoting a funding model called the “IEO Ladder”. Essentially, they are advising potential clients pay them $300,000 to IEO a limited amount of tokens on a small exchange, then use the profits to IEO mass tokens on a large exchange.

Don’t get suckered in. If your interest is solely in high-risk/reward investing, participating in IEOs can be excellent potential revenue stream while preparing for the Bitcoin halving (when the reward to Bitcoin miners is cut in half every four years), but if your interest is in supporting a project long-term, or receiving discounts on future services, then an IEO may not be for you.

This said, some of the more reputable exchanges are offering protections of proper due diligence and feasibility studies on projects and experience-based advisory on the token economics, that can prove extremely beneficial. Unfortunately, many are simply interested in taking a high percentage of the crypto raised with little concern for their users.

State of the Market

Clarity regarding regulation is providing confidence for all parties, as is the development of regulatory frameworks where there were previously none.

Investor hope has certainly returned, but the appetite and profile of investor has changed significantly. In 2017 we saw new investors flood into the market. These were individuals attracted by the astronomic rise in Bitcoin, Ethereum and the plethora of alt-coins.

Most of these alt-coins were new exchange listings from only recently finished initial coin offerings and pumping significantly, especially through the fourth quarter of 2017. Unlike initial public offerings, access to ICOs and trading was largely unrestricted and anybody with an interest could join.

This influx of new capital served to swell the markets, but in the subsequent crash and bear market, many got caught holding illiquid tokens, or saw their BTC holdings slash in value.

It is important to remember the real use case for crypto is low-cost, (near) instant, borderless transactions and we are closer than ever to the critical mass and development of the technology to make this a reality.

Large financial institutions making significant moves into the space is extremely positive, as is on/off ramps becoming more accessible, a clearing bank happy with crypto entering the market, multi-chain technology more reliable and the overall UX of purchasing, storing and transferring crypto much better than ever before.

However, the truest answer to why Bitcoin has seen such a resurgence is quite possibly the simplest; sentiment. The general consensus is that the bear market is over and this consensus is driving positive sentiment.

For the Bitcoin purists, 2019 may be a year solely focused on preparation for the Bitcoin halving in 2020, an event which sees the reward for Bitcoin miners reduced to 50% of what it used to be. Every time this has happened it has had a positive impact on the price.

From a broader perspective, it is an exciting time with the emergence of blockchain, internet of things, artificial intelligence and augmented reality. It is especially heartening to see how widely blockchain technology is accepted for its properties of efficiency and transparency.

Lee Hills is CEO of SolutionsHub.im. Based in Douglas, it is the Isle of Man's leading authority in crypto and blockchain business and gambling licensing.

THIS ARTICLE AND ANY OPINION THEREIN DOES NOT CONSTITUTE AS INVESTMENT ADVICE OR AS A RECOMMENDATION REGARDING ANY PARTICULAR CURRENCY, SECURITY, TRADING STRATEGY OR COURSE OF ACTION.  READERS ARE STRONGLY ENCOURAGED TO SPEAK TO THEIR OWN INVESTMENT ADVISOR AND IT SHOULD BE NOTED THAT CRYPTO-CURRENCY AS AN INVESTMENT CARRIES A HIGH LEVEL OF RISK. ALL DECISIONS TO INVEST IN CRYPTO-CURRENCY ARE AT THE INVESTOR’S RISK. ANY VIEWS EXPRESSED IN THIS ARTICLE WERE PREPARED BASED UPON INFORMATION AVAILABLE AT THE TIME SUCH VIEWS WERE WRITTEN.  CHANGED OR ADDITIONAL INFORMATION COULD CAUSE SUCH VIEWS TO CHANGE.  THIS ARTICLE HAS BEEN PREPARED FOR GENERAL GUIDANCE ON MATTERS OF INTEREST ONLY, AND DOES NOT CONSTITUTE PROFESSIONAL ADVICE. YOU SHOULD NOT ACT UPON THE INFORMATION CONTAINED IN THIS PUBLICATION WITHOUT OBTAINING SPECIFIC PROFESSIONAL ADVICE. NO REPRESENTATION OR WARRANTY (EXPRESS OR IMPLIED) IS GIVEN AS TO THE ACCURACY OR COMPLETENESS OF THE INFORMATION CONTAINED IN THIS PUBLICATION, AND, TO THE EXTENT PERMITTED BY LAW, SOLUTIONSHUB LTD, ITS MEMBERS, EMPLOYEES AND AGENTS DO NOT ACCEPT OR ASSUME ANY LIABILITY, RESPONSIBILITY OR DUTY OF CARE FOR ANY CONSEQUENCES OF YOU OR ANYONE ELSE ACTING, OR REFRAINING TO ACT, IN RELIANCE ON THE INFORMATION CONTAINED IN THIS PUBLICATION OR FOR ANY DECISION BASED ON IT.