The DNA of Innovation 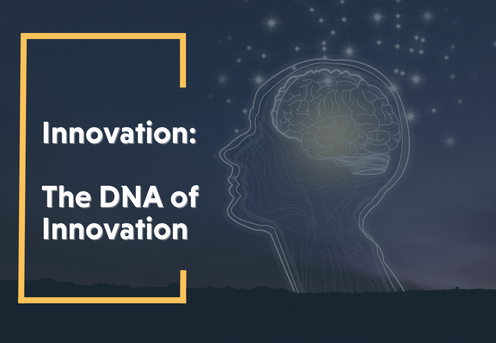 ‘The DNA of Innovation,’ by Kurt Roosen

Over the last couple of years, I have been very fortunate to be able to witness, first hand, the efforts that are going on around the world to support innovation in IT and the associated digital creative arts. Some have obviously been more successful than others, but they have all had one very similar characteristic – a constant stream of young people with ideas, confidence, and very little fear of failure. Indeed, this last characteristic is a proven psychological characteristic of all our young folk, the centre of the brain that processes risk on average does not mature until you pass twenty-two. This explains why young people believe themselves to be invincible. It is also this “risk assessment” part of the brain that never matures properly in people like professional racing drivers.

What centres of innovation then do, is enhance this atmosphere by making it not feel corporate, but much less rigid, to actually look a bit more like the schools or universities that the young people have just come from. There is an encouragement to share, collaborate, and to bounce ideas off one another, not to keep things secret, lock them up, or indeed be afraid of speaking out simply because other people might think your idea or comment a little strange. Indeed that quirkiness is another positive rather than a negative characteristic in this type of environment.

The best innovation clusters then do one other thing that may appear to be counterintuitive – they provide security – let me explain. If you look at the success of Silicon Valley, it encouraged people to drop their studies and strike out by themselves, primarily from university. Whilst that may not be seen as a wise thing to do by ever worrying parents, the ultimate goal of education is to be able to achieve, and achieve these people certainly were, and still are. One way of thinking about it is that they were moving into an “alternate” education regime. The clustering of like-minded and like acting people not only gave the confidence to jump, it also gave the confidence that, if their idea failed, they could walk around the corner and work on someone else’s dream. This is the pinnacle of clustering, where the cluster both encourages and looks after its own and gives people the confidence to take risks, be wrong and be able to recover.

The lack of stigma associated with failure has, however, remained a largely US phenomenon. In the UK and wider Europe, failing tends to define you as a failure, or certainly as a high risk. In reality, that makes as much sense as a person who has won the lottery being more likely to win the next one. However, the close community that gives you confidence gives the greatest benefit if you also remove the, often irrational, fear of losing face amongst a much wider circle than your work and collaboration peers should you fail. The reality of the situation is that no one pays as much attention to you as you do to yourself, so quelling your own demons is the key to moving on,  much more so than what other people think.

Now fearless innovation is not matched up to every culture in the world, in Asia for example, it is culturally very hard for people to say no or indeed to operate as peers, as hierarchy and not operating above your station is very ingrained. The US traditionally has been more “go-getting” and have a history of not responding well to formal authority, even that which they create themselves. The Isle of Man has a Norse cultural DNA, so if we ignore the violence of their approach, their “trade and pillage” methodology can be transposed into the modern digital age. Yet whilst we cling on to many things from the past, we sometimes do not put enough value on some of the attributes that made our ancestors successful. In particular the fearless pursuit of trade, the willingness to take risks to achieve a gain in an ever-widening circle of influence, and the sticking together and supporting each other in pursuit of those goals.

I ardently believe that “innovation” will very soon become a redundant word in a business context, simply because innovation will be the bedrock and measure of a vibrant economy and its definition within a global context, a natural form of economic evolution. Any country that does not find its place in this fast-moving world will simply be managing a decline into amalgamation (merger and acquisition if you like) with countries that are – it is as drastic as that. Don’t misunderstand what this means, in a digital economy it’s not about how physically big a country is, as the world is the marketplace it’s actually about how well digital assets, and in particular knowledge and data, are nurtured and then capitalised upon. If we don’t capture assets in this manner and take risks and trust not only in our own people but those we encourage to come in, as did the Vikings in their time, then we are destined ultimately fail.

The Isle of Man has all the characteristics to succeed, but we have to build confidence and trust in our own abilities and a willingness to take risks back into our social and political structure. It’s time we dispense with the stigma of failure and embrace innovation as a bedrock of future businesses.