The Future of eGaming in the Isle of Man 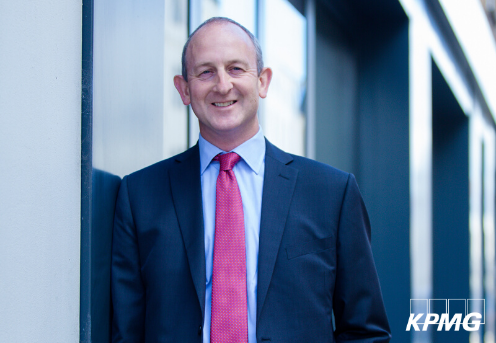 Russell Kelly, Managing Partner of KPMG in the Isle of Man, looks back over 10 successful years of eGaming in the Island, marked by their recent 10th anniversary summit. He also takes a look at what the future may hold for the sector, both locally and globally.

Of course the eGaming sector in the Isle of Man has been in existence for more than 10 years, however, 2019 marked KPMG’s 10th eGaming summit in the Island. This year the theme of the summit was to tell the story of eGaming in the Isle of Man and in particular, the closing panel (that I moderated) took a look back at how the sector has developed and how it may develop in the next 10 years. Obviously, 10 years into the future is a long time and the thoughts and trends are very much conceptual over such a period. If we wind back to the start of the summit series 10 years ago, we had an industry that had grown strongly as part of the local economy, and indeed the global leisure economy, and was starting to develop in terms of regulatory coverage and investor interest. One thing I’ve witnessed over the past 10 years is that the eGaming industry here in the Island is highly adaptive, it continues to thrive and it will continue to move on. The Island can be proud to be quoted as being home to some of the leading names in the eGaming industry, contributing positively to the Island’s economy, with a 21% share in Gross Domestic Product (GDP).

10 years ago we had an industry that was largely regulated based on where the operator was located and not where the player was located. Today we have the polar opposite of this, with country by country regulation across most of Europe, with the state of the player being the place of regulation. This had led to a change in operating models and a change in the cost base and margin of the operators and their suppliers. Coupled with regulatory change, there has been a huge change in technology in the sector. It has moved from an industry that was largely PC based to a mainly mobile/tablet based industry, where bets are placed throughout events rather than before the event.

In the Isle of Man 10 years ago, we were one of the four leading gaming licensing jurisdictions and home to some of the most important suppliers to the sectors in Microgaming, Neteller (now Paysafe), Continent 8 Technologies, Domicilium and Manx Telecom.  This strong endorsement by key suppliers led to a number of operators choosing to establish in the Island. The Isle of Man at this time being seen as the ‘jurisdiction of choice’, with large (and small) players establishing and flourishing in the Island and existing businesses growing, citing that the Island was their chosen place due to us being a cooperative and communicative jurisdiction.

The Isle of Man Gambling Supervision Commission is regarded as one of the leading regulators in the sector.  The Island has always been well regarded by operators and customers alike and we have seen through our summit series the increasing focus on protecting vulnerable customers that the industry has taken on over recent years. The “Raising Standards Together” approach we have adopted shows that the industry is committed to trying to address this issue and is doing so alongside GamCare, GamStop and YGam. The regulators are also very keenly involved in this initiative and it is important that advances continue in this area as the industry will always be able to do more in this regard.

These key messages haven’t changed over the years and the island is still a fantastic place to base your business but new challenges have arisen for the industry, from beyond the shores of the Isle of Man. These changes are in technology, regulation and social outlook. The Island has had to adapt to ensure it has kept up with both the challenges but also the competition from other jurisdictions.

So what do we see now and looking into the next 10 years for the eGaming sector here in the Island and more widely? The drivers of change over the coming years will probably remain as regulatory, technological and consolidation.

In terms of the global industry, we have seen increased consolidation over the latter half of the decade and this is continuing now with the Flutter Group and The Stars Group announcing a merger on the eve of the summit this year. This is after recent deals between Stars and Skybet, GVC and Bwin and GVC and Ladbrokes. The rationale for these and other mergers over recent years have involved entry to new markets, acquisition of new technologies and the generation of greater economies of scale. It is this latter driver that is likely to remain prevalent as the cost of regulation and constant demands for technological innovation continue to grow and lead to pressure on the margins of the key operators. Further consolidation is also likely to come from the desire of traditional gaming operators to get a foothold in the eSports sector and vice versa, with both verticals essentially wanting to access each other’s customers and technologies. The operators here in the Island are bound to continue to play an active role in this industry consolidation. The impact for any jurisdiction, the Isle of Man included, of consolidation is always hard to call and there will likely be gains and losses to the local economy as the consolidation story plays out.

We should also start to think about how we can encourage the diversification of the sector here on the Island through opportunities linked to blockchain, AI and eSports. The Island is involved in all of these key sectors and Digital Isle of Man is striving to ensure the Island offers the environment for us to benefit from such developments. We have already licensed a blockchain lottery offering in the Island and are currently working to provide an offering for eSports groups to encourage them to operate from here. Digital Isle of Man, this year launched Blockchain Isle of Man and this is already seeing a strong throughput of business ideas, mainly from businesses looking to move here.  To date, they have accepted 27 applications for assistance. Additionally, the Digital Agency is also working on an eSports initiative to drive eSports companies to the Island and highlight the benefits that the wider eGaming industry has found here. There are now three eSports companies based in the Island. This new sector represents an opportunity for us, as it’s only in its infancy and is expected to grow in time.

The 10th KPMG eSummit in October gave me, and those in attendance, the chance to reflect on the past decade. Everybody is aware that we are operating in a different arena than we were 10 years ago. At present there is a strong pipeline of new licence applications for eGaming in the Isle of Man and those operators that are established here are continuing to grow here in terms of headcount across the sector and gross gaming revenues. This is supported by the level of vacancies still being recorded by the sector locally and these are currently in excess of the recent job losses that have been announced in number. As with any industry that is maturing there will be change from time to time, but at present the trajectory is still for growth, however, the growth in local GDP share we have seen in recent years is probably unlikely to be repeated.

Throughout all of the foregoing, I still see the opportunity for growth from within the Isle of Man but there may be some blips along the way as consolidation leads to corporate changes. We have to continue to be innovative and adaptable to ensure we grasp the opportunities as they present themselves. The eGaming sector will also continue to drive the development of, and investments in, our tech skills and infrastructure, so we are setting a base level for this.