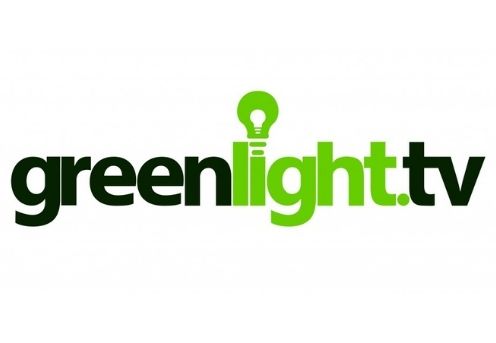 Headquartered on the Isle of Man since 1995, and with production offices in Manchester and the USA, Greenlight Television are well known on the Island for covering the TT and the Southern 100 for ITV. They have been producing live sports coverage for over 25 years and have been consistently at the forefront of new technologies. They were the first company to film the TT using a helicopter in 1996 and in 2008, the outfit produced live high-definition (HD) coverage for ITV4 of the Royal Automobile Club’s Tourist Trophy from Silverstone which was yet another first for British motorsport. As early adopters of drone technology, Greenlight were the first firm permitted to shoot aerially at American racetracks, including the famous Circuit of the Americas and Sebring International Raceway in 2015. To add to this impressive resume, Greenlight’s first 4K series became available in 2016.

In the midst of the global Coronavirus pandemic, Greenlight had to rethink its production techniques in order to continue to deliver high quality programming, under lock-down conditions.

Continually innovating has been the key to Greenlight’s success. So, when the USA Trans Am Series by Pirelli presented Greenlight with the conundrum of livestreaming their race without the usual high costs of a full Outside Broadcast truck, cabling crew and of course travel, they went back to the drawing board and thought about an entirely new approach to live production.

Unsurprisingly, Greenlight rose to the challenge. In the first weekend of March, before the Coronavirus lockdowns took hold, the first round of the Trans Am Series held at Sebring International Raceway was successfully livestreamed from Greenlight’s Tampa Studio. Camera crew were trackside in Sebring and the production team were in Tampa.

By mid-March the world was already starting to look very different and with the next rounds of the championship on the horizon Greenlight once again had to push the boundaries of technology. 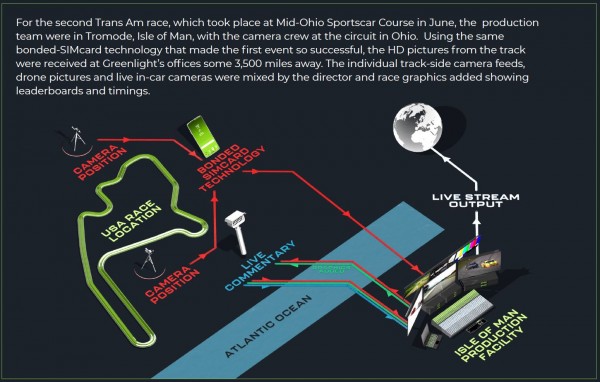 These pictures were then sent back to the commentators at the circuit in Mid-Ohio for live race commentary and this was fed back to the Tromode office. With only 1.6 seconds of delay, the final package was streamed live to the World from the Isle of Man.

What would usually be achieved with a large on-site crew took just 3 staff on the Isle of Man and 13 on-location. The result was incredibly well received, with the client, competitors and the fans all vocal in their praise. Here’s a short excerpt: