Isle of Man 'has become a hotspot for blockchain business' 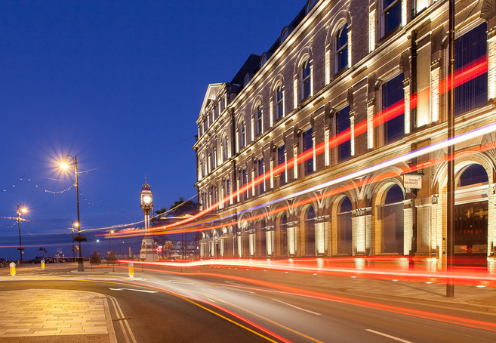 The Isle of Man has become a hotspot for blockchain businesses thanks to its open approach to emerging and transformative technologies, according to an award-winning business in the Island.

SolutionsHub, based in Douglas, is a B2B service provider and licensing specialist focused on cryptocurrency companies.

SolutionsHub is celebrating “a true honour” after being recognised with a prestigious industry award when it was named Cryptocurrency Services Provider of the Year at the prestigious EGR B2B Awards 2019.

CEO Lee Hills says the Isle of Man government deserves credit for embracing new technologies. Digital Isle of Man’s launch earlier this year of Blockchain Isle of Man, a unique hub dedicated to growing the blockchain sector in the Island, is further proof that the Isle of Man is fast becoming the go-to destination for blockchain-based companies.

He said: “The Isle of Man Gambling Supervision Commission deserve a special mention also. Their open and supportive approach to new technologies is fundamental to our success and has seen the Isle of Man deliver real results for crypto and blockchain betting businesses, on time and on budget, while other jurisdictions heavily market capabilities, but as yet have failed to deliver results.”

The EGR B2B Awards continue to reward and celebrate the very best service providers in the online gaming industry, recognising the achievements of suppliers from across all the major e-Gaming disciplines including betting and gaming software, networks, mobile, payments, recruitment, IT and infrastructure.

Mr Hills said: “The EGR Awards are the most highly regarded awards in the gaming sector and to win this award is a true honour. A lot of hard work and dedication has gone into this award, not just from myself and my colleagues, but from our fiduciary and legal partners.”

EGR judges commented that “the team that clearly knows what the sector needs. Impressive growth figures match the rise in popularity and acceptance of crypto in gambling.”

Lyle Wraxall, Chief Executive of Digital Isle of Man, said: “It’s key that we work shoulder to shoulder with industry to embrace technical innovation and to build a strong ecosystem to support tech enterprises and start-ups licensing and locating on the Isle of Man. My congratulations go to SolutionsHub on their EGR B2B Award win, it’s a fantastic achievement and further solidifies that the Isle of Man is the premier jurisdiction to base your blockchain and cryptocurrency businesses.”