IoT is helping to build a greener future 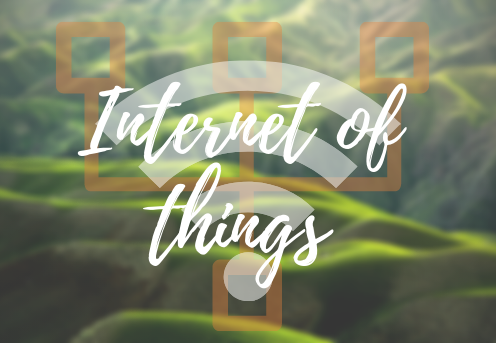 Internet of Things (IoT) technology is enhancing our lives, helping to improve the environment and transforming almost every industry.

When you think of IoT, you may think of fitness trackers, smart lighting and intelligent thermostats – but IoT is so much more – with endless applications in business and society.

In this short article, I shall provide a brief introduction to IoT and explain how IoT is helping to drive positive change with regards to pollution and our environmental habits. I shall also outline why the Isle of Man is well-positioned to emerge as a leader in this exciting technology ecosystem.

New IoT start-ups have sprung up around the world; solving old problems with modern technology, out manoeuvring the larger, entrenched and less nimble companies, carving out new niches in the process.

Finally – Governments and local authorities are turning to IoT to assist them in solving challenges with healthcare, transportation, pollution, and air quality. Most recognise the important of using data to establish baseline, to measure progress and to prioritise activity – which IoT can assist with.

It’s all about value. Whether the goal is to save money, make money, or improve outcomes – whether those outcomes are health, environment or economy related.

One of the most prominent applications of IoT technology is air quality monitoring. IoT enables you to measure air pollution using inexpensive sensors and in a real-time manner.

According to the World Health Organisation (WHO), Air pollution is the 4th biggest killer in the world after smoking, high blood pressure, and bad diet. A recent study published in the New England Journal of Medicine highlighted the link between moderate increases in pollution and particulates, and higher mortality rates.

For these reasons, it is no surprise that responsible Governments and local authorities are turning to technology to help understand the problem, develop policy, and safeguard their residents.

The Scottish CENSIS innovation centre, has supported dozens of IoT technology trials throughout Scotland, using a national IoT network. The software, devices and solutions, in areas such as air quality monitoring, are now exported and sold throughout the world.

Most districts and councils in the UK and Scotland publish their real-time and historic air-quality measurements online, which not only educates the public, but it helps shape policy and planning decisions. IoT has driven down the cost and complexity of air monitoring solutions – making this extensive monitoring more commonplace, accessible and cost effective.

With wellbeing, climate change and air pollution being hot-topics, it is no surprise that many prominent applications of IoT apply to schools and colleges. These applications don’t just focus on outdoor air quality, but the indoor environment.

When one UK school measured CO2 levels during a double lesson, they discovered CO2 levels as high as 2,300ppm – which would cause a dramatic reduction in concentration, mental ability, and focus.

With this growing body of evidence, many schools are deploying indoor air sensors throughout their classrooms and corridors to monitor CO2 levels, but the sensors are also used to detect vaping, tobacco and shouting! These inexpensive sensors are 50% smaller than your average smoke alarm and run on AA batteries.

Some prominent building standards such as the American Well v2 standard recommend the monitoring of indoor air quality to enhance health and wellness, given the proven link to concentration and productivity.

In an age where there is so much emphasis on educational performance – the solution to better educational grades could be a case of opening the window!

In February 2018, the Environment Agency in the UK published the “State of the Environment Report – Water” which reported a gradual decline in the condition of English rivers.

Over 86% of Rivers throughout England failed to achieve functional ecological status. The reason for this poor quality was chemical pollutants.  The presence of these chemicals may be due to run-off, agriculture, manufacturing, landfill and other sources of pollution.

IoT offers an inexpensive means to test water quality on a large scale. Smart Water is an umbrella term for when IoT and software are applied to applications involving water.  IoT sensors have been deployed throughout entire river networks, from estuaries to tributaries, to record end-to-end water quality.

All the examples mentioned in this article rely on accurate, timely data. The primary application of IoT is to use sensors, to take measurements, to produce valuable data. In the case of the environment, this data serves as the foundation of any initiative focused on improving the environment, enforcement, reducing pollution or encouraging positive change.

The ability to measure and monitor at scale not only improves insights and intelligence but having a reliable, timely baseline - leads to more insightful decision making, more effective policy and strategy, and helps focus attention on the future.

When you consider the different components of an IoT solution and its applications in the real world, the Isle of Man is an excellent location for IoT:

IoT is an exciting technology and one which provides an opportunity for any business or industry to re-invent itself.  While this article has focused on environmental monitoring, the possibilities are endless.

In many ways, technology is the easy part – it is the in-depth industry knowledge and ability to identify a better way of doing things where the opportunities sit.

If you believe your business has a chance to enhance its operation, create a new service, or target new markets using IoT and sensors, click here to read more about joining the Isle of Man Government's IoT Accelerator Programme.