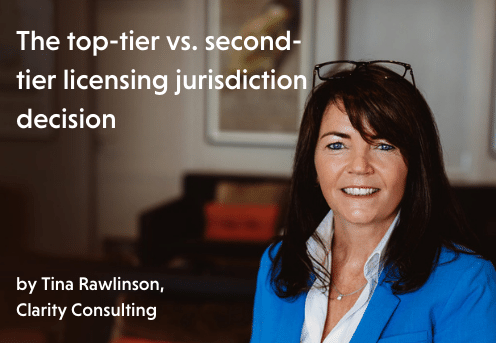 Due to a combination of increased compliance cost and a rapidly maturing marketplace, entry into the online gambling arena is now a case of ‘go big or go home’, even if you have a strong USP.

By ‘go big’ I mean hit the market with a bang, to gain instant market share.  To do this you have to be well funded, and not just to the point of launch.  To stand a chance of success, a gambling business must have adequate funding to cover operational costs and a significant marketing spend for at least a two-year period, post-launch.

Prudent allocation of funding resources is therefore key for a new gambling venture with the inextricable link between licensing jurisdiction and its operational compliance cost often in direct competition with maximising marketing spend.

The licensing jurisdiction decision is now more important than ever, particularly given the omnipresent comply or die principle in the industry at large and whilst, as an iGaming business/licensing adviser, I would always recommend a jurisdiction that is well respected with strong regulatory, AML and player protection requirements, I cannot ignore the constant trail of (often start-up) licence applicants to certain licensing jurisdictions, which are allegedly more relaxed and adopt a self-regulation regime.

As an accountant, I also cannot argue against the perceived economic benefits of said second-tier licenses, which arise from negligible licensing fees, zero duty, avoidable corporation tax and greater flexibility in player location criteria.  I can, however, raise my concerns about an increasingly expensive (and risky) operational base, particularly as regards banking and payment solutions and also about international pressure having to cause a levelling of the playing field, or closure of the pitch altogether, at some juncture.

So how does a start-up choose between:

I get that having two licenses is counter intuitive as regards allocation of funding resources but there is method to my madness.

Increased regulatory focus will lead to greater pressure for all jurisdictions to adopt (and police) a top-tier level regulatory standard.  Alternatively, it will cause implementation of yet more stringent trading practices on B2B, banking and payment providers, causing more to refuse provision of services and therefore the need for second-tier licensed operators to use increasingly risky operational solutions to, for example, access funds.

As such, obtaining a top-tier licence from the outset, as the gambling operation’s headline (visible) licence, is practically a pre-requisite.  It establishes internal business processes, which comply with the best regulatory standards and enables access to commercially priced and compliant B2B, banking and payment solutions, another pre-requisite for long term success.

It does, however, potentially restrict the gambling operation to players from the local plus lighter grey jurisdictions only, which are invariably more mature markets and therefore have a higher marketing cost of entry.

It is argued that the more relaxed regulatory regimes associated with second-tier licenses provide scope to access darker grey jurisdictions, which typically have a lower marketing cost of entry and therefore potentially provide access to much needed early revenue streams.

So, whilst there are still ‘packaged’ full-service second-tier licensing solutions available that offer a relatively cheap route to income producing markets, I would have to suggest that a start-up operation considers the cost v benefit of operating two distinct gambling businesses under two separate licenses, (not in the same group though), and makes hay while the sun shines... I do however caveat that all gambling operation boards must ensure they are informed and comfortable with the legal positions of accepting players from grey countries.

As for those established operators, that only have a second-tier licence, based on the number of conversations I have had at ICE, iGB etc. they are well aware they need a plan B, but most have stalled at the implications of fully transitioning to a top-tier regulatory regime.  I would strongly suggest they start their plan B with the above dual licence approach, initially keeping the top-tier licensed operation small and based on only the lightest grey jurisdictions.  As the top-tier operation becomes more established and streamlined (or as the second-tier operational base becomes more difficult) additional jurisdictions can be switched across, possibly with all jurisdictions eventually moving over to the top-tier licence and possibly not!

Tina Rawlinson and Clarity Consulting are ideally placed to work with start-ups and established top-tier and second-tier licence holders on all iGaming licensing and structuring matters.