Digital Matters: Digital Isle of Man, One Year On 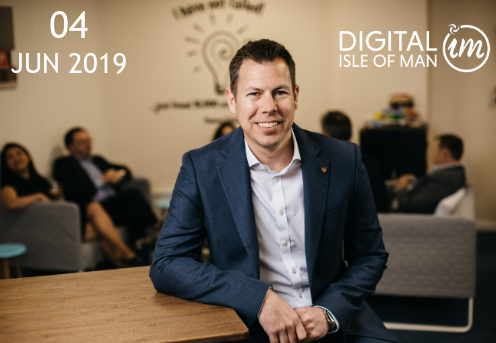 It doesn’t seem that seven months have gone by since I was putting pen to paper (or – for the digital age – fingers to keyboard) to document the first one hundred days of the then-newly formed Digital Isle of Man Agency and our venture into the digital unknown: almost a year on and our achievements have surpassed all initial expectations.

Whilst the Isle of Man rarely finds itself rubbing shoulders with the likes of New York or London in terms of global firsts, our little island is deceptively progressive in its pioneering wins, which puts to rest the old adage ‘size matters’.

The Island generates its highest revenue from its digital economy, and the Digital Agency brings together a range of industry and government experts to govern and nurture our digital enterprises.

Just this year, the Agency launched perhaps its most ambitious project to date – its Blockchain Office and Sandbox – which has invited 20 new businesses to the Island since the application process was launched in March.

The Blockchain Office and Sandbox are our first steps towards making the Island an international hub for blockchain businesses and a centre of international excellence for the digital economy.

In a world of legislative and regulatory hurdles, these two initiatives were designed to assist with the transitional processes faced by most firms, facilitating a conversation between businesses and regulators by creating new tech-agnostic regulations inspired by high-quality jurisdictions the world over. Enticing more businesses to relocate to the Isle of Man is fundamental to our future success, and our newly-established Blockchain Office will serve to provide guidance, expertise, and marketing support to make the Island a more desirable location.

Our Blockchain Sandbox is a complementary service for blockchain firms to benefit from, providing access to expertise and international forums within an environment that encourages the development and trial of blockchain platforms.

Blockchain technology is a mathematical structure for storing digital transactions (or data) in an immutable, peer-to-peer ledger that is incredibly difficult to fake and yet it remains accessible to everyone. It is eking out space in a diverse range of sectors and every conceivable area in commerce and beyond, meaning blockchain will be present everywhere that transactions happen. It is this notion that justifies the establishment of a blockchain office to future-proof the Island’s economy and lay the foundations for future advancements.

This year also saw the launch of our Software Supplier Licence, which was established to answer the demand from global companies to be regulated to the same high standards as Isle of Man-licensed operators.

As global eGaming markets look to improve their credibility, the licence ensures that software suppliers meet the same standards we expect from our own operator licensees. This seal enables software developers to establish transactions with global operators and partners in key sectors such as finance and legal by demonstrating high standards of corporate governance.

The Isle of Man is a world-leading jurisdiction in the e-Gaming sector, with e-Gaming and IT making up 30% of the Island’s economy and creating a 16.5% year-on-year growth of industry jobs.

This growth is due to effective regulation, a comprehensive suite of ancillary services, and a government policy which promotes diversification and innovation. The Agency has agreed upon the 2019 roadmap with eGSAB (eGaming Strategic Advisory Board).

Digital Isle of Man’s ambition in the Digital Media sector was to create and nurture a sustainable environment for media businesses. The media industry has grown exponentially on the Isle of Man in the last few decades, yet we believe this sector has the potential to be developed even further.

With this in mind, the Digital Creation Fund was established to provide recoupable financial assistance to production and related media enterprises considering the Isle of Man as the location for content production, and for potential media projects to be better placed for funding consideration through the Enterprise Development Scheme (EDS).

This aligned approach has been agreed upon between Digital Isle of Man and the Isle of Media with clear KPIs and agreed funding linked to the new EDS capabilities with Tynwald’s approval. With this established, the Agency put the first media project through the EDS using the Digital Creation Fund and FAS.

This scheme has been established to enable Manx start-ups and existing business to grow and consider the Island as the location of choice for future projects, with the initial developmental talks of smaller projects already well underway. It is intended that provision of the assistance will encourage job creation, exchequer benefit, build and maintain the media sector on the island, and its overall contribution to the economy.

Investment on media expansion has a myriad of benefits to the Island’s economy such as inward investment to the Isle of Man providing revenue, jobs, profits and expenditure in the local economy, and associated fiscal benefits.

The Agency has also agreed to support the organisers of the Isle of Man Film Festival to develop and expand the scope of the event.

eSports is gaining global traction, and Digital Isle of Man has been leading a working group to understand how this sector can add value to the Island’s economy.

eSports has been hailed as the spectator sport of the future and the thinking is simple: digital gaming is where the next generation of fans will come from (often, a young person’s first interaction with a professional football club is through a football simulator, such as the Fifa video game series) and so eSports are a vast reservoir of future income.

For example, according the eSports research house Newzoo, 2016 revenue totalled £386 million, yet by the end of 2019 that total is predicted to rise to £862 million.

To date, Digital Isle of Man has held five eSports workshops to ascertain what the future of eSports might look like on the Isle of Man.

In October last year, the National Telecoms Strategy was released (and subsequently unanimously agreed at Tynwald) with the vision that the Isle of Man will be recognised as being at the forefront of telecoms innovation. A fully connected Island with access to choice, value and sustainable telecommunications infrastructure delivered in a partnership approach.  The strategy highlights benefits to the Island such as access to ultrafast broadband with speeds of up to 1Gbps within the next five years, a fast and reliable telecoms infrastructure to allow businesses the opportunity to roll out 5G in the future, and having the appropriate foundations in place to benefit both residents and businesses, as well as grow and develop new and existing sectors on the Island.  Progress against the strategy is going to plan and we will have significant announcements in this area in the coming months.

Digital data and the way in which we house, share, secure, manage and analyse this valuable asset is also at the forefront of Digital Isle of Man’s thinking.  The Agency has started to engage with the Island’s Data Centre sector to create a vision of what a ‘Data’ Island might look like and the opportunities it may bring.  In conjunction with technical trial workshops, we envisage the development of a strategy in partnership with industry, bringing together technology leaders on the Island.

With all this in mind, it is clear the Agency has a busy year ahead as it continues to develop the Island’s digital space. The landscape of digital processes is evolving every day, and we need to keep pace with advancements if we wish to remain at the forefront of digital enterprise.

Our first year of business has ultimately been the structuring of the Digital strategy, and the tail-end of last year to the present has seen the fruits of our labour blossom into corporeal, tangible assets. The Blockchain Office and Sandbox, and the launch of the Software Supplier Licence are the product of months of hard work designed to be resources for businesses to start, grow, or relocate to the Isle of Man.

As we enter into our second year of business, the Agency continues to make progress towards our ultimate goal of securing the Island’s future as a leader in the evolving digital landscape.

Lyle Wraxall is the chief executive of Digital Isle of Man, the Government Executive Agency responsible for nurturing growth, innovation, and excellence in the Island’s Digital Sector. Lyle is a highly experienced management and technology consultant who has worked across the whole digital and fintech space. Most recently he was Head of the New York office for Pcubed – a significant international management consultancy practice with offices around the world. Lyle has worked extensively with large private sector and public sector clients in London and America including RBS, Deutsche Bank, IMF, US Federal Reserve and UK Cabinet Office