The Internet of Things and sustainability: are they mutually exclusive? 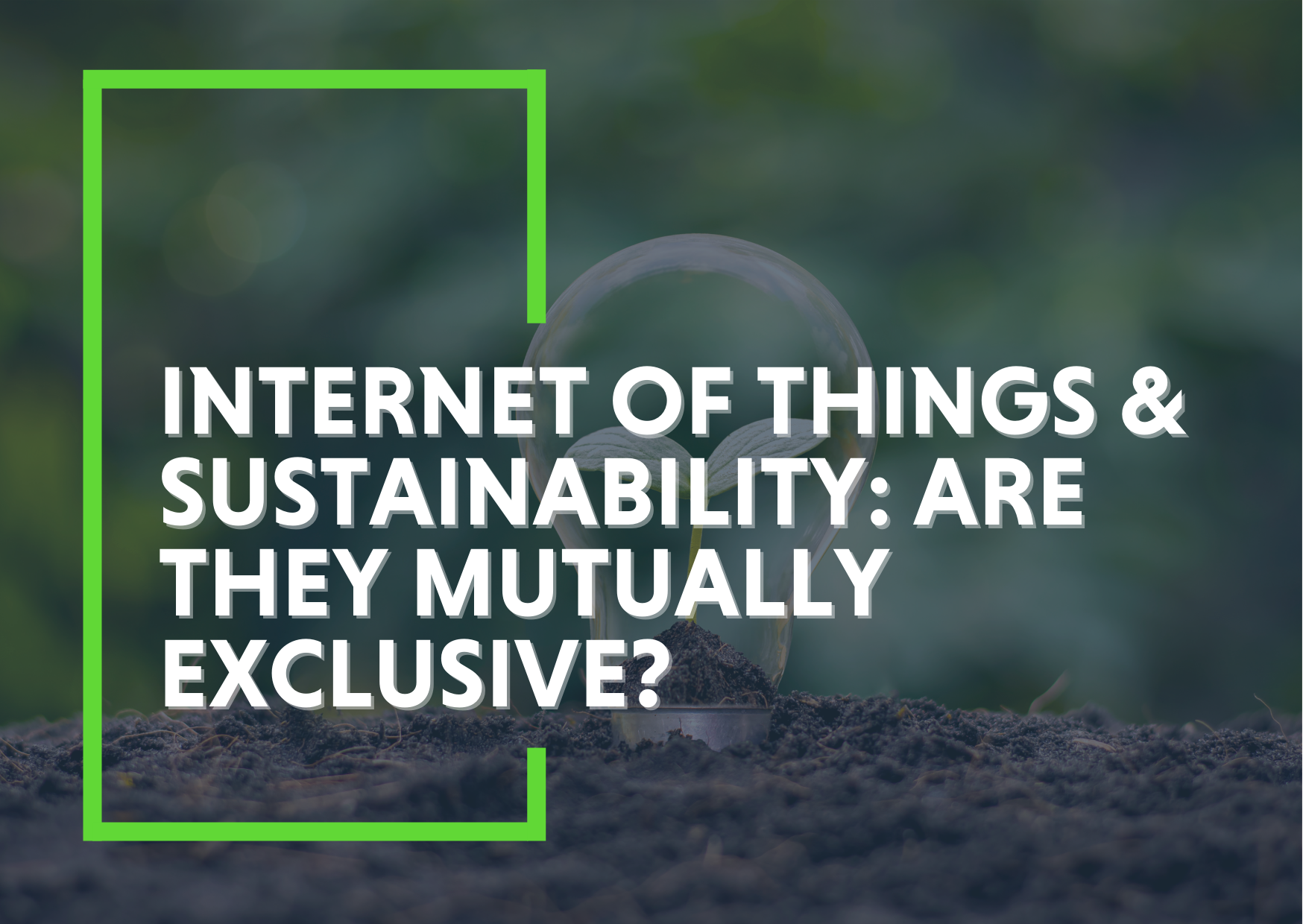 The Internet of Things can be beneficial in lots of areas of our lives but are these devices creating a sustainability problem? And if so, what can we do about it?

It sounds like something from dystopian science fiction: a blind person loses their ‘sight’ because their retinal implant stops working and is no longer supported by the manufacturer. Unfortunately, this is the situation being faced by customers of Second Sight, a biotech firm currently in the midst of a merger. The firm stopped supporting its Argus II bionic eyes in 2019, leaving patients facing uncertainty about what happens if the implant stops working.

This is just one question about what happens to Internet of Things (IoT) devices at the end of their lives. Turning previously ‘dumb’ objects, from medical implants to fridges, into ‘smart ones’ means they gain capabilities but also need updates and technical support. When that support ceases to be available, these devices become useless.

There’s a human cost to that, as Second Sight’s patients have found, but there’s also an environmental cost that affects all of us. As IoT grows, it’s vital that we ensure that we consider sustainability.

The sustainability benefits of IoT

Many uses of IoT are beneficial to sustainability, too. Monitoring air quality, for example, can tell us where to target pollution efforts, while sensors on water pipes can help save water by allowing us to fix leaks as soon as they happen. Tracking delivery trucks can make route-planning more efficient, saving fuel and reducing emissions, and sensors in offices can automatically turn off the lights when a room isn’t occupied.

As these sensors and other devices become cheaper, it is tempting to view them as disposable, but this is a dangerous assumption. There were an estimated 12 billion IoT devices in use in 2021. By 2025, predictions suggest that number will more than double. How much waste are we creating and what can we do with it all?

A smarter device can do a lot more, but it also requires firmware and software updates and may need specialised maintenance. A thermostat, for example, used to be a relatively simple device that would work for decades. A ‘smart’ thermostat, on the other hand, might become obsolete far sooner because its ongoing use requires support. As the Second Sight example shows, companies merge, fail, and change strategy, and all those things may affect how long an IoT device is supported.

Other devices might be far simpler but have a lifespan that’s limited by their battery. Most sensors don’t require much in the way of software updates but many of them need a battery to power data collection and transfer. The battery might last for a decade so nobody thinks too much about whether it can be replaced. Often it can’t be, because it’s cheaper to make the device that way or because the battery is custom-made. If you are installing a handful of sensors then you might not mind too much if they’ll be obsolete in a decade but, scaled up to billions of devices worldwide, that becomes a concern.

What happens to all these devices? That’s a difficult question to answer because IoT covers so much. Smart TVs and smart fridges are part of the internet of things and are often covered by specific arrangements. There are regulations governing the disposal of refrigerants in a fridge, for example, smart or otherwise. And many manufacturers and retailers have recycling schemes for TVs and other large electrical items.

More problematic are smaller IoT devices, such as fitness trackers or tiny Bluetooth tags for finding lost keys. Many people might throw them away with their other rubbish, not considering that they might need particular disposal methods. Even when disposed of properly, recycling rates for lithium-ion batteries, for example, are pitifully low. Most of them end up in landfill, and the same goes for much other electronic waste (e-waste).

Things are changing, though. The European Union is considering new laws that would force countries to recycle their own e-waste, for example. And some companies have pledged to do more. Apple has built a robot specifically to disassemble obsolete iPhones. The company says its recycling and refurbishment programmes kept more than 48,000 metric tons of e-waste out of landfills in 2018.

There is still more that can be done. New technologies will help to alleviate the problem, perhaps by allowing IoT devices to be self-powered or powered by renewable energy. France is to begin forcing manufacturers to publish ‘repairability scores’ for their products, based on things like how easy they are to take apart and how widely available spare parts are. If other countries follow that lead, then that could change the way some devices are manufactured. For devices that are intended to have a long working life, it would be good for companies to guarantee support for a minimum period, even after the device is no longer produced.

But those of us planning IoT rollouts need to help tackle this problem by thinking ahead. First, the project’s sustainability - or other - benefits need to be balanced with environmental costs. An IoT project that reduces car journeys, for example, might easily offset the environmental cost of the devices involved. Second, we should look at the devices available. Are there options with replaceable batteries? Are some more repairable than others? Does vendor A promise firmware updates for longer than vendor B?

The benefits of the Internet of Things are undeniable, but the costs are not always obvious. The hidden dangers are seldom as serious as those facing Second Sight patients, but they can be problematic. We must make sure we don’t overlook sustainability.