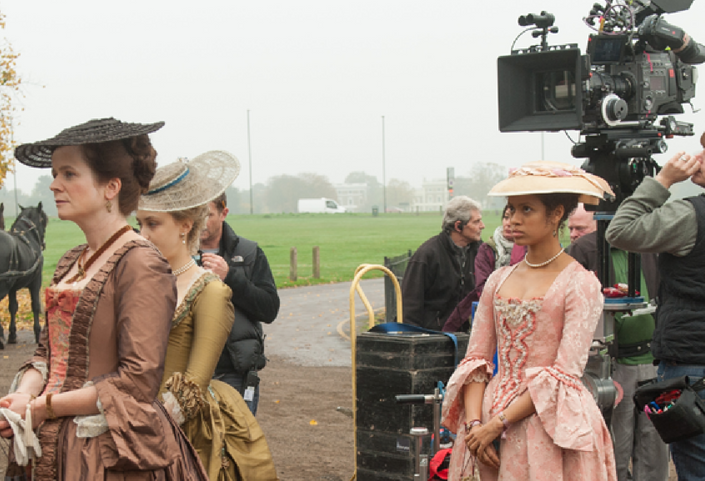 The last 6 months at Isle of Man Film have been hectic to say the least. It is great to see so much interest in the Isle of Man as a location for a real mix of programmes and films from a vast array of genres. At Isle of Man Film we support great projects, helping them to get the best from the Island.

In October, Outdoor Productions took advantage of some fair weather to shoot an episode for a new walking series, Britain's Best Walks with Julia Bradbury. This 22-minute programme, which focused on the Laxey area, was screened on ITV on the 17th February and has received very favourable feedback. Numerous local figures and organisations came together to make this show a success for both the series and the Island.

Later the same month, well-known BBC show Top Gear showcased the Island's stunning coastline and mountain region on their 4-day shoot to profile the Russian 8-wheeled Avtoros Shaman vehicle. Presenter Matt LeBlanc filmed here for the upcoming series which will screen in April. The logistics of moving a large production around the Island was a challenge, but the authorities and community got involved with efficiency and good humour.

In light of the positive experience of their colleagues, Top Gear returned to the Island in November with one of their digital programmes, Rory's Road Trips, which involved presenter Rory Reid driving the BAC Mono around the TT course. Not as blessed as the previous productions with the weather, we had to come up with some imaginative ways to profile the star car, and had lots of fun in doing so, cementing what we hope will be a strong working relationship between the Island and the BBC production.

After a long planning phase and several visits to the Island by the core crew, ‘Where Hands Touch’ was the most recent feature film to shoot on the Isle of Man. Written and directed by Amma Asante, it was filmed on location in the North of the Island and stars Amandla Stenberg (The Hunger Games) and George MacKay (Pride). Abbie Cornish and Christopher Ecclestone also star in the wartime drama which is set in Berlin in 1944. ‘Where Hands Touch’ follows a bi-racial German teenager (Stenberg) who begins a friendship with a member of the Hitler youth (MacKay).

BAFTA-winning Asante has filmed on the Island before (for the hugely successful Belle in 2012) and was instrumental in bringing here latest feature to our shores. The Pinewood Pictures production involved constructing a Second World War workers camp from scratch on Jurby Airfield. There was additional filming at the nearby studios at Mountain View Innovation Centre and also at the historically significant Knockaloe near Peel.

Over a hundred local background artists were employed by the production during the shoot and the local community embraced both the long hours and difficult working conditions to take part in the harrowing camp scenes. Numerous Island-based professionals worked on the film as crew and several local companies facilitated in the film's production. ‘Where Hands Touch’ is the 107th feature film to shoot on the Isle of Man since the start of the film industry here in 1995. It is due for release in late 2017.

This year has had a busy start with BBC's Countryfile, which was shot on the Island in February and aired on TV the following week. We look forward to assisting several more productions on their visits to the Isle of Man in the coming months. Working in collaboration with our transport contacts, Manx National Heritage and other associated departments and organisations, we continue our reputation as a special, adaptable Island location and a film-friendly Government.

Find out more about Isle of Man Film.