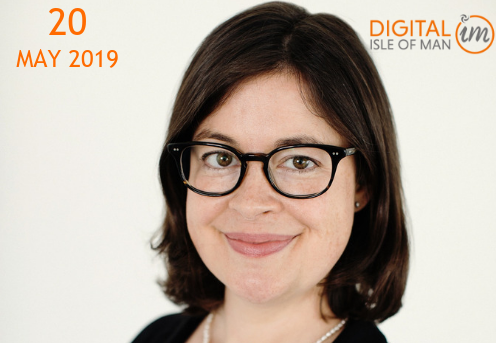 The field of innovation strategy has many strands, which can be defined, split, twisted and merged in myriad ways. One type of innovation that I have studied and worked with for several years is that of idea management, which is essentially the process of turning a concept into a product.

Over this period and exposure to hundreds, if not thousands, of ideas, I have come to a handful of realisations about the nature of idea management that have shaped my understanding of the field and my practice within it. I have also established a small set of criteria that can be used to determine very early on whether an idea will prove successful after implementation.

Ideas are much stronger, better developed, more robust when they have been worked on by multiple people with different viewpoints. This has been proven true when looking at the success rate of startups. Although the vast majority of funded startups have male-only founding teams (79% of all venture capital in 2017 was given to founding teams consisting of only men, according to PitchBook), VCs are reporting that gender-diverse founding teams perform 10% to 63% better than their all-male counterparts. Simply put, diverse teams produce better products.

Of course, “diversity” should not be limited only to gender. It is diversity of thought and experience that really matters when it comes to product quality, although it must be noted that such diversity can often be found when people from different genders and cultures come together.

A good idea management programme involves dreamers, sceptics, optimists, pessimists, analysts and doers. Without a spectrum of scepticism, an idea will not be able to evolve fully.

To properly analyse the risks and opportunities of a new idea, one must approach it from many angles. Will it make or lose the company money? Will it create even further opportunities or shut doors? Could it open the company to reputational or other risk? How will the introduction of the idea change the perception of staff, regulators or the industry of the company’s capabilities and attitudes?

With that said, extreme scepticism should be avoided. Although it is difficult to find someone who will say yes to everything, the opposite is unfortunately quite common within organisations. Someone who has made a career out of saying no to every opportunity, of taking only the safe route, is not beneficial in idea management. Similarly, people who cannot make decisions should be avoided.

This is something I firmly believe: all ideas are born bad. There are no infant good ideas. This concept was introduced to me via Luc De Brabandere, a senior strategist and corporate philosopher. It was so radically different to anything I had heard before that it stuck, and I have seen the truth of it, or at least its usefulness, time and again over the years.

When discussing this concept with others, I frequently meet with objections. It is controversial. And yet I have never yet met an idea that is, at its birth, able to stand on its own two feet and take on the world.

Quite a few ideas, however, can turn into good ones. You will find many that have a hint of promise, even fewer with a glimmer of genius. These hints and glimmers need to be identified, isolated and evolved before their true potential can be realised.

This is why one should never, ever take a partially-baked idea to management. Once the door shuts on an idea, it is extremely difficult to pry it open again, ever after the idea has been developed further and proved its merit.

This is also why I believe that suggestion boxes are useless, wastes of the cardboard they’ve been made with. They would do more good in the world pinned upside down in trees for bats to roost in. Similarly, most idea generation workshops are wastes of time. Idea generation is easy. Put a group of people into a room, give them a problem statement and some coffee, and an hour later you will have a list of ideas as long as your arm. They will all be bad, although some could turn into good ones. The action plan around ideas matters immensely; the idea generation process itself is fun but is quite meaningless unless the ideas are then brought into a process to refine them.

This makes me sound like a terrible, grumpy old skeptic. The opposite is true! I have learned that the best way to find a geode in a rock is to crack it open. To find gold in a river, you have to wash all the mud away.

4.    How to Determine Whether an Idea Will Succeed

When looking at technology quite generally, there are many different ways that one can try to figure out in retrospect why particular products succeed and others do not. In my own work, I have narrowed these down to two:

a. Is this a genuine solution to a genuine problem?

What is an idea, after all, except a solution to a problem? When examining the merit of an idea, one must first look deeply into the problem. Regardless of how clever a solution is, if it is not fixing something that matters to people then it will remain, at best, a novelty and, at worst, a complete flop.

When thinking of this, I am reminded of the banana slicers that appear and disappear on the market from time to time. By laying one of these tools precisely over a banana and pressing down, the banana is sliced into perfectly proportioned segments. This is a solution to the problem of… slicing a piece of fruit which is so soft it can be done with a spoon. Contrast that to a melon baller, which was invented in 1846 and is still found in many kitchens today. Melons are hard and unwieldy, and a melon baller genuinely solves the problem of turning the fruit into bite-sized pieces.

b. Does this make users’ lives easier?

The quest for convenience is one of the main drivers for innovation. If the last several years of technological innovation have taught us anything, it is that people will sacrifice privacy, rights, money and more if in return their daily routines are streamlined. People only adapt their behaviour to new routines if the new routines are less cumbersome.

Consider Alexa. By integrating a voice-command service into a household, that household gives up their personal data to a third party. Consumers are inviting large organisations to witness and take part in the activities in their bedrooms, kitchens and lounges. In return, the consumers do not have to use their hands to turn off lights, turn on music or order a new shipment of laundry detergent. On the one hand, this seems insane. On another, I’m grateful I can tell Siri to set a twenty minute timer when I have dough on my hands from rolling out a pie crust.

If an idea cannot adequately answer both of these questions, it should not proceed.

These two questions are not foolproof. They are guide posts that can help steer decisions and make justifications for investment. I have found, however, that they are very accurate measures of future success.

5.    Risk versus Reward in Idea Management

Idea generation without established idea management processes is a terrible route to take. It leads to staff disillusionment, as they believe their ideas are going unheard when they are not brought to fruition. It can result in piles of post-it notes with rough sketches of how to improve, with no context for understanding the rationale or purpose.

Also, bad ideas are expensive. The recent focus on celebrating failure sometimes misses the point: failure should be fast and cheap. An idea management process will yield many failures, which is excellent because it shines a light on them before they hit a roadmap and too many resources are committed.

Companies need to take risks in order to remain viable and competitive, but they should ensure the risks are ring-fenced and carefully managed. If they take bad risks, they lose money, staff and credibility.

There is excellent software on the market and consultants who specialise in idea management; there is no need to reinvent the wheel. And the field of innovation is industry-agnostic, which makes it easier to source and implement a solution that works for your organisation. A focus on idea management over idea generation is critical for companies to easily engage with staff and refine the best ideas so they can rise to the top of any roadmap. And, as we know, if it is easier, it has a higher chance of success.

Lydia Barbara is the Chairman of Digital Isle of Man, the executive agency within the Isle of Man Government that works to bolster the local digital economy and businesses within. The Digital Agency recently launched the Blockchain Office and Sandbox to support new blockchain-enabled businesses. Lydia is also the Founder and CEO of an Isle of Man-based technology startup.