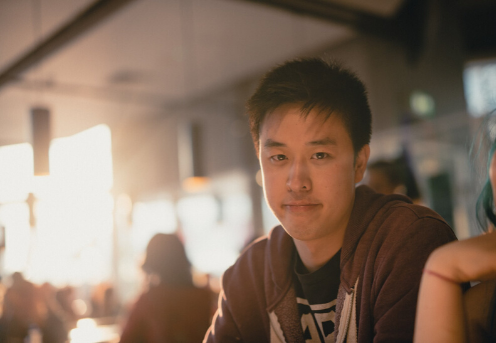 In the run up to our 'Virtual TT powered by Motul' programme we will be chatting to the eight gamers who will be joining forces with eight professional TT riders to take up the challenge of completing one virtual lap of the world's most famous race course!

To kick things off, we caught up with Kenny Lam, an experienced gamer from Bracknell, to get the low down on his gaming experience and how he is getting to grips with the iconic race course. By day, Kenny is an accomplished Engineer, but a huge passion of his is Cosplay, so much so that in 2018 he and his friends got together to launch their own Cosplay event, CosXPo, which has run for two successful years! Their next event is scheduled for September 2020.

I've recently got into riding and I'm not brave enough to go over the speed limit and wanted to see what it would be like to go as fast as possible. It takes so much concentration I don't think I would ever do that in real life!

Nothing about it but after the research, it impressed me even more how well the riders know the tracks and how physically demanding it is!

The most difficult thing for me was the super sharp corner going up the hill (hairpin). I never remember that it's going to come up to take the wider line or I slow down so much I fall over.

The second bit is the squiggly bit before because I haven't learnt the turn angles. All I can see are turns after turns and I get confused hence slowing right down. I’d rather to be slower than average than crashing and adding more time!

Third bit is the bit by the pub where it sends you flying. The map shows a pretty straight road so I'm always tempted to hold the trigger down but thankfully the driving aids/racing lines remind me I'm about the go flying and slow down.

Who do you think is the one to beat (racer or gamer)?

"Gamers" is such a diverse term. I for example never really play on a controller unless I had to nor do I play racing games. I'm more of a MOBA and MMO player rather than FPS and Battle Royal type.

It's hard to choose because apparently all the racers so far had experience with the control pad. Racers have such a quick reaction and armed with the advantage of knowing the track well since their life is on the line every race.

However gamers with enough practice may come out ahead because they'd get used to the game mechanics and probably exploit it better than someone who doesn't usually play games.

My go to game will always be League of Legends as I've been playing it for at least 7 years (maybe more). I tend to get pretty addicted to one for a few weeks at a time then hop onto another so the types do vary a lot.

It's great time killer. The first game I remember spending an embarrassing number of hours on was Final Fantasy 10 then it was Splinter Cell series. At uni I was introduced to League of Legends and I guess it gives you a sense of achievement when you're able to climb the rankings (even though I'm still trash).

Kenny and Jamie will be first up in the Virtual TT series. You can watch their race on Saturday 6 June from 8pm BST at iomttraces.com or YouTube