A Digital Direction: The first 100 days 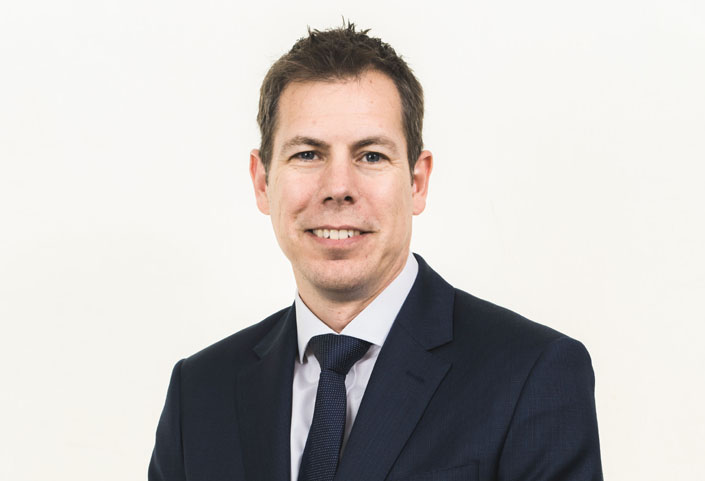 The digital landscape is an ever-changing environment.

There are sectors ranging from the mundane (the broadband connection to your home) to the mind-boggling (quantum computers use subatomic particles in superposition to, in theory, perform data analysis so far beyond the capabilities of classical computers that cryptographically-secured systems become as vulnerable as unlocked doors).

Back on the terra firma of the Isle of Man, where doors are frequently left unlocked simply because we can, the newly formed Digital Isle of Man Agency (Digital IOM), a partnership that brings together experts from a range of industry areas and government that works in the same way as any normal board does, is tasked with the oversight, strategy and future of the digital economy, which recently became the island’s highest revenue-generating sector.

Digital IOM works in the same way as any other private company boards and is responsible for providing the strategy, vision and governance to the department.

Coming from New York, one of the first questions I asked when I got here was, ‘How do I get an Uber?’ It didn’t take me long to realise that this isn’t the concrete jungle I’d just moved my family from, and it was all the better for it. An island with a population of 85,000 where an average commute time is 20 minutes? Now that definitely is a world away from how I’ve been living the past 20 years.

However, that isn’t to say that the Isle of Man isn’t ‘digital’. Historically and at present, the island punches above its weight. We were the first place in Europe to introduce 3G back in 2002 after running trials here, for instance. In addition to the head offices for digital businesses of significant size, we have six world class data centres, far more than expected given our population size. And the new telecommunications strategy aims to place the Isle of Man in a lead position when it comes to local telecoms provision.

In order to focus our efforts on the sectors within the digital space with the greatest opportunities for the Isle of Man, the Digital IOM has identified four quadrants: infrastructure, e-gaming, digital media and innovative tech. Below is a glimpse into some of the work undergone in these areas since the first meeting of the Digital Agency Board in July 2018.

Last week the Department for Enterprise announced the proposed national telecoms strategy. This strategy, if approved when it goes to Tynwald later this month, will put the Isle of Man at the forefront of telecoms innovation.

The delivery of high speed, high quality broadband will allow businesses and residents on the Island to gain access to ultrafast broadband with speeds of up to 1Gbps within a five year proposed time frame. This is well ahead of the UK’s 15-year timeframe to achieve the same goal.

Forward-thinking infrastructure developments such as this fibre network will deliver fast, reliable telecommunication services which can help businesses looking to roll out 5G in the future. Getting this right is essential foundational work that will benefit island residents and support the growth of existing sectors and the development of new ones.

E-gaming is a growing and reliably sustainable sector for the island, with e-gaming and IT combined now making up 30% of the island’s economy. Jobs within this industry have also grown by 16.5% year on year and are continuing to increase in demand.

To ensure the continued success of the e-gaming sector, Digital IOM has begun work on a new, ambitious strategy that leverages the island’s strengths and uniqueness whilst supporting existing businesses.

The island’s E-gaming sector is renowned for being at the cutting edge of innovation and regulation, with many first mover actions, including being the first legislation for virtual items such as skins (a cosmetic finishing to in-game items), to be used as a stake and a prize in online gaming, as well as being the first to introduce legislation specifically designed to benefit E-gaming firms and fully protecting customers.

With the support of the E-gaming team’s extensive knowledge and varied experience in the industry, and the strong ambitious direction of a revised E-gaming strategy, I’m confident we will be able to continue to grow this sector going forward.

Digital IOM’s ambition in the digital media sector is to create and nurture a sustainable environment for media businesses. The media sector is a big earner for the UK economy, following the increase in the industry’s home viewing market. Research undertaken in the UK has shown that the economic value of the UK’s film, TV and music industries has grown by 72.4% since 2014, compared to just 0.5% in the European Union.

The recent BFI-commissioned report found that in the UK, £632m in tax relief since 2013 has prompted additional spending of more than £3bn on the creation of films, high-end television, such as The Crown, and computer games. HM Revenue and Customs got more than that money back, gaining £2bn tax.

The media landscape has also grown quickly in recent decades on the Isle of Man, where we have a strong history as being a production partner. There is no reason why the island’s agility and receptiveness to new technology won’t play in our own benefit when developing this sector further.

Many content providers such as Netflix and streaming media platforms are driving the demand for more and more content production, creating the opportunity for the island to reach out to companies who specialise in areas such as post-production, who can help generate jobs and economic benefits which will grow the island’s economy and reputation in the media space.

The Department for Enterprise works closely with the national development agency, Isle of Media, who are responsible for driving inward investment in Digital Media to the Isle of Man through numerous marketing initiatives.

Blockchain is considered by many to be one of the most significant technological advances in recent years. Some consider blockchain to be the new internet. Where the internet enabled the exchange of information more quickly and with lower overhead, blockchain enables the exchange of value with similar benefits.

Earlier this year Digital IOM established a blockchain working group made up of industry representatives with the purpose of defining the island’s blockchain proposition.

This group is working closely with the Financial Services Authority to develop on a number of recommendations that will support existing blockchain-related businesses and welcome new ones to our shores. The result of this collaboration will be a clear and strong direction for the Isle of Man on this technology, something that we have not previously had.

Highlighting the Isle of Man as a destination for technology trials has worked well for the island in the past, as reflected in our early introduction of 3G. Utilising and showcasing the island in this light is key to raising awareness and attracting new business to the Island. I recently attended the 5G demonstration at the Manx Telecom office and was impressed by the amount of technological development that will be taking place globally between now and 2020 and subsequently 2022, when the final iteration of 5G is expected to be available at a consumer level.

The tech trials working group, also made up of industry representatives, has been formed with the aim of exploring the opportunities available to the island in this area. The group will look at our infrastructure and frameworks, as well as potential new technologies, to build a supportive environment for businesses to test new technologies.

E-sports is growing explosively around the world. League of Legends, an online video game has an estimated 100 million monthly users worldwide. That’s just a single title, the most popular out of many in eSports. By comparison an estimated 24 million play basketball in the United States and 265 million play football (soccer) globally.

Our aim for the e-sports working group is to first establish what value e-sports can add value as a sector to the island, and then to define and provide recommendations for what we need to do to develop this sector.

E-sports is said to be the spectator sport of the future, with recent statistics showing an annual audience of 400 million people logging 6 billion total viewing hours last year. If the outcome of the E-sports working group highlights that there is value for us, we will then be able to explore the opportunities that are available on the Island.

Although the Isle of Man may not be likely to host a conference on the scale of 173,000 fans as has been seen in elsewhere in the world, there are certainly other opportunities for us to explore that can enable us to benefit from this fast-growing industry. The Isle of Man already has licences issued for Rivalry, Luckbox and Unikrn, all operating within the E-sports sector. These companies may be the start of a new cluster on the Isle.

Looking ahead, the island has a strong heritage and potentially bright future in the digital space. These working groups have been formed to provide a laser focus on determining the best approaches for the Island.

The four pillars will ultimately form the structure for an overarching strategy for Digital IOM, which will work in concert with the Programme for Government and the Department for Enterprise’s strategic goals.

A set of ambitious but realistic KPIs will form part of this strategy, which will be communicated to the wider community once firmed up.

In addition to this, we will be reviewing and developing our digitalisleofman.com website in line with our strategic direction, creating clear calls to action, strong messaging and a user-friendly website designed to be a resource for business looking to start, grow or relocate to the Isle of Man.

With the experience and expertise of the new public/private partnership that the Digital IOM board has in place, we expect great things.

To date, Digital IOM has focused on action at the expense of outward communication, but the communication channels and frequency of messaging will also improve as we continue to make progress towards our ultimate goal of securing the island’s future as a leader in the fast-moving, ever-shifting digital landscape.