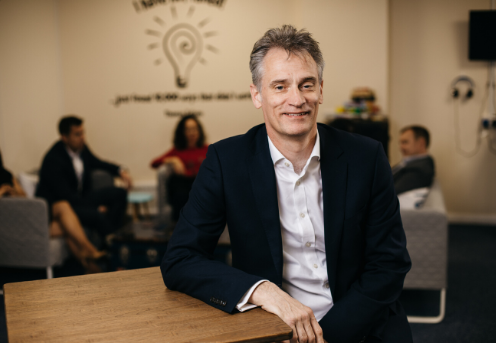 Over the last nine months in my role as regulatory lead of the Blockchain Isle of Man team, I’ve been asked to describe what it is that my role entails.  One element of it is to achieve our stated strategic objective of being a fast follower.

Not always is the first mover advantage as defined or as large as first perceived, whether that’s in the realms of product development or in terms of establishing legislation and setting the regulatory parameters.  The concept of moving quickly behind others that have forged the initial path, overcome the initial challenges and put aside the first round of criticisms can bring with it a number of advantages, especially for a small jurisdiction and a small team.

And that is how it has been during 2019.  The Blockchain Isle of Man team have scanned the jurisdictional horizon, looking at the direction of travel of the key regulatory authorities within the distributed ledger technology ecosystem.

2020 has started in the same vein and will continue that way too.  Our emphasis this year is to look at how we can get even closer to the key players and be in an even better position to be that ‘fast follower’ and amend or kick start a regulatory or legislative review and redraft.

In the last 10 days I have had the opportunity to attend and represent the Isle of Man at two regulatory gatherings, very much juxtaposed in terms of application.

Global Digital Finance (GDF) is an industry membership body established to promote the adoption of best practices for cryptoassets and digital finance technologies.  The membership is working to deliver fair and transparent crypto asset markets through the construction of a knowledge base and ‘best practice’ framework for truly digital finance, including token recognition.

GDF looks at the overall digital finance/cryptoasset ecosystem from an operator point of view, establishing the building blocks of Codes of Practice for specific areas within the industry: market integrity, custody, security tokens, stable coins and KYC/AML.  The approach is a bottom up one, looking through the lens of operators and industry players.  Having the opportunity to discuss these topics with an Isle of Man point of view is important to broaden the Island’s sphere of influence and audience for our future messaging.

I sat in London last week, listening to the reports on progress across a wide front of digital projects where GDF’s membership was working together to fill a void they recognised within the regulatory part of the ecosystem.  The core is based around Codes of Practice which set out the manner in which good participants of the ecosystem are expected to behave.  Those Codes are curated by the members and consulted on and finalised by the wider interested audience in the ecosystem.  Talking to the members of GDF in London, it became apparent that the founding members believed that with the current regulatory landscape so fragmented across nations in a way that the digital finance and crypto asset markets are not, there was a need to establish a set of market conduct standards by bringing together industry leaders, policymakers, regulators and advisors.  I realised it is only right that, as the Island re-sets its own blockchain journey’s compass, we must be a part of this.

What was good to be part of was the interconnectedness of the key participants and the significant intergovernmental bodies, such as The Financial Action Task Force (FATF), The Financial Stability Board (FSB), The Organisation for Economic Cooperation and Development (OECD), the Bank of International Settlements (BIS) as well as the EU Blockchain Forum, the International Digital Asset Exchange Association (IDAXA) and the Global Financial Innovation Network GFIN, of which the Isle of Man FSA is a member.  At the heart of GDF are magic circle law firms, insurance underwriters and digital asset and distributed ledger technology solutions companies.

Last week,  I was also invited to join an EU Parliament roundtable event to discuss the key elements of distributed ledger and crypto currency regulation that the EU should be working on as part of its Single Digital Market proposals.  The event brought together from across the EU member states MEPs, industry participants, and EU Parliament advisers to consider the appropriateness and direction of regulation.  The day was part of a wider three-day programme that looked at AI, bundled data, IoT and distributed ledger technology, all linking back to the EU Digital Strategy releases dated 19 February 2020.

Questions raised and discussed looked at:

The roundtable attendees concluded at the end of the day that:

The day’s agenda was a reminder for me of the interconnectivity of the key building blocks for a digital economy and society, of their complexities and the importance for the Island to do the same.  As we move into 2020 and look at refreshing the strategic objectives of Blockchain Isle of Man, maintaining connections with our nearest neighbours as a source of direction in our regulatory roadmap is a robust, sure fired way to continue to be a fast follower.

To find out more about the work of Blockchain Isle of Man and to enquire about joining us in the Isle of Man, click here.