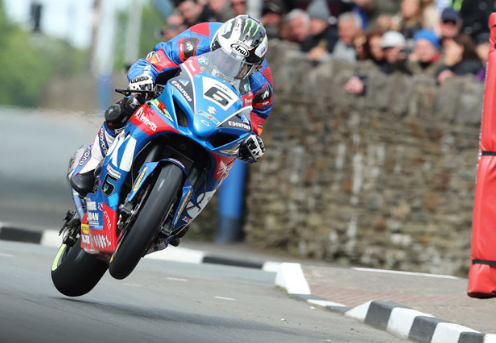 The Department for Enterprise has today announced that it has partnered with Emmy winning producer and CEO of Pilgrim Media Group, Craig Piligian and Clark Bunting, former president and general manager of the Discovery Channel and Founder and CEO of new media company Digital Circus to develop media projects for the Isle of Man TT Races.

The agreement will allow the joint venture to collaborate to develop long term proposals for TV, film, e-sports gaming and streaming, including the potential of the first-ever live broadcast of the TT Races in its 111 year history.

The venture has been brokered by Isle of Media, the on-Island media inward investment agency chaired by Dr Richard Arning. It will include establishing an Isle of Man based operation, employing local workers on a full time and freelance basis and contracting relevant local suppliers to the film and media industry.

‘This is an important development as not only does it offer great potential in growing the reach and commercial value of the TT Races but it also allows us to leverage one of the Island’s assets to grow an industry sector on the Isle of Man.

‘Whilst the Department will continue with all the existing rights contracts in place – such as those to produce the highlights programmes and distribute these globally - the Department has now also responded to an approach from Pilgrim Media and Digital Circus that could significantly invest in the event and grow global reach, without the use of public funds. Indeed any future projects that are successfully negotiated as a result of this agreement will provide further revenue streams to the Department.

‘Craig and Clark have extensive experience and a proven track record in developing and delivering content that should benefit the event and they have also made a commitment to establishing a viable operation on the Isle of Man that will contribute to the local economy on a year round basis.’

‘We’re extremely gratified to have forged such a historic deal that allows us to raise the profiles of the iconic TT and the Isle of Man – and of the riders whose fearlessness and individuality have built a competition like no other. With the proliferation of entertainment and sports platforms, we believe this will be the global moment for the TT.’