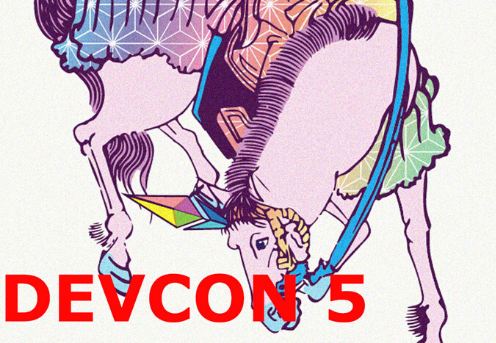 Following this recent trip to Devcon 5 in Japan, Technical Lead for Blockchain Isle of Man, Jim Burton, gives us his summary of the event.

Ethereum is one of the major blockchain systems - it has the market value of $15 billion, second highest after Bitcoin (https://coinmarketcap.com) and has a large developer following.

Every year the Ethereum Foundation (https://ethereum.foundation) organises a developer conference and this year it was held in Osaka, Japan. These are always very informative and enjoyable events and this article is about my experience at this year’s conference.

Where was it? Who attended?

This year the Ethereum developer conference was held in a conference centre in the port area of Osaka (https://goo.gl/maps/BDaLmtyKvnFs4CUY8). I estimate from the size of the Opening Welcome address that there were 5,000 geeks and nerds in attendance. This is as if the whole of Peel attended a single conference simultaneously. The attendees were very much developers: the dress code was t-shirts rather than suits.

For the opening welcome the Ethereum Foundation hired a Japanese drum ensemble from Kyoto which were impressive: 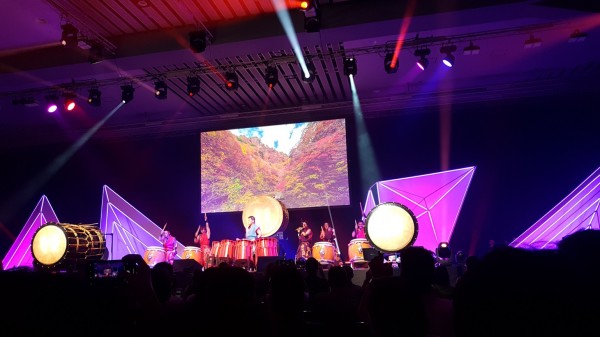 What was the main theme of the conference?

In my opinion, the main theme of the conference was that the design work for what is known as ‘Ethereum 2.0’ (described below) has been completed. There are lots of teams now doing the hard work of actually making it work in real life.

Most software projects have 3 main stages:

But what is this Ethereum 2.0 thing?

What were your impressions of Japan?

This was my first trip to Japan: it is a fascinating culture and really interesting to visit.

That same weekend the typhoon Hagibis hit Japan (https://en.wikipedia.org/wiki/Typhoon_Hagibis_(2019)). This was a very large storm system - over 1500 km wide – and was the largest typhoon to hit Japan since 1958. We were in Tokyo when it hit.

Japan is a socially cohesive society, similar to the Isle of Man, and I was really impressed by their response to Hagibis. Virtually everything in Tokyo shut down on the day of the storm for safety reasons: no trains, no planes, virtually all shops were shut and, in a city of 38,000,000 people the streets were empty. We came through Tokyo Central Station on Friday night, the day before the typhoon, and you could tell that everyone was concentrating on getting home to be with their family. There was also a coastal earthquake on Saturday and extensive flooding from the storm’s rain so it was a pretty difficult weekend for the whole of the region.

Where and when will Devcon 6 be held?

If the Ethereum Developer Conference piques your interest then it is worth knowing that Devcon announcements are made on Twitter by the adorable Deva the Devcon Unicorn (https://twitter.com/EFDevcon). Follow her to hear when and where the next Devcon will be.