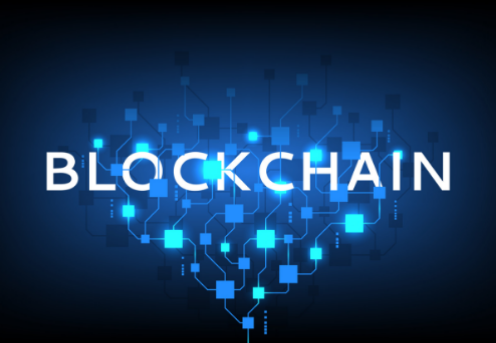 Click here to find out more about the Isle of Man's Blockchain Initiative.

Digital Isle of Man has today announced the formation of a Blockchain Office and the launch of an Isle of Man Blockchain Sandbox, established to guide blockchain businesses through current (and future) regulatory landscapes, with expert-led assistance and support.

These initiatives form part of a major new commitment for the Isle of Man to become an international hub for blockchain businesses, providing a fully supportive and collaborative environment. The Island welcomes innovative technology and will not regulate blockchain in isolation, which will give businesses the flexibility to best use this emerging and transformative technology.

Launch of the Isle of Man Blockchain Office

Digital Isle of Man will create a Blockchain Office, a unique hub that is dedicated to growing the blockchain sector.

The primary function of the Office will be to facilitate a dialogue between businesses and regulators, and to help blockchain platforms design and future-proof their concepts in accordance with relevant legislation and regulation.

The Office will also provide expertise, guidance, and marketing support, as well as facilitate and encourage collaboration between companies.

Launch of the Isle of Man Blockchain Sandbox

Through the Blockchain Office, businesses will be able to apply to participate in the Isle of Man Blockchain Sandbox.

Applications for the sandbox will be open from March 2019, with the office fully functional in the spring. Early participants will not be charged fees for the facility, which will provide them with access to an environment where they can develop and test blockchain platforms.

The sandbox will benefit from the expertise garnered from future participation in other international forums and sandboxes that encourage cross-border testing.

A robust selection process will also ensure that all participants are of the highest quality, as the Island seeks to create a ‘centre of excellence’ ecosystem.

‘With the launch of the Blockchain Office and Sandbox, the Isle of Man is making a firm commitment to be a fully supportive jurisdiction for the blockchain industry. We are looking to attract premium blockchain businesses and the world’s top exchanges to the Island, and we will be creating new tech-agnostic regulation inspired by best practice that we’ve seen from other high-quality jurisdictions around the world.’

Interaction between blockchain and the eGaming sector is already evidenced in Isle of Man legislation that allows virtual currencies to be deposited, withdrawn and gambled with e-Gaming operators, and the Island is home to the first blockchain-enabled lottery platform run on Ethereum using smart contracts.

‘The Isle of Man – which was among the first jurisdictions in the world to establish a legislative framework for virtual currencies – has been home to leading exchanges since 2013, and is the headquarters of blockchain businesses including CoinCorner, Quanta, Luckbox and Qadre.

‘The creation of the Blockchain Office solidifies our commitment to maintaining our reputation at the forefront of innovation and emerging technologies and responding quickly to new business models. It is encouraging to see that the sector is supported by a community of legal, accountancy and fiduciary firms, service providers and advisors, and the Island’s long-established financial services and eGaming sectors act as a strong foundation for the industry.’

‘The Isle of Man Government has always been very supportive of the industry. As one of the first Bitcoin exchanges to be established on the Island, CoinCorner has been fortunate to work closely with the Government on a number of key projects including drafting the current 'Virtual Currency Business' guidelines. Being located here has given us strong foundations and it's great to see innovation continue in an industry with such potential.’