Digital Matters: Back to the Future, from Broadband & Media to Property & Prosperity 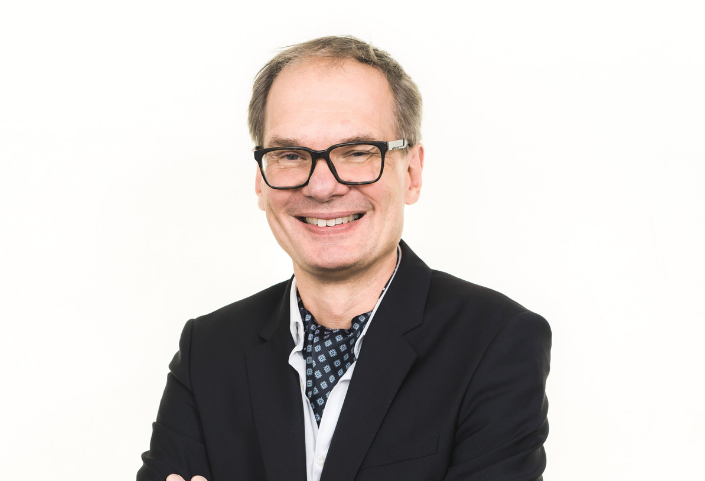 Digital Isle of Man board member, Richard Arning, discusses going back to the future.

Imagine the next episode of Channel 4’s Location, Location, Location opening with a scene measuring internet broadband speed at a property. Well, that could soon be a reality if you ask today’s house hunting millennials and other digital natives about their priorities and needs in a digital world. When we decided to move over to the Isle of Man some years ago, one of our son’s first questions (who is a keen youtuber-gamer-eSports-fan) was whether or not the Isle of Man had internet. After re-assuring him that the Island’s five submarine cables provided multiple layers of resilience, he was OK with our decision!

Will broadband affect the property market?

In a recent poll undertaken in the UK by ISPreview the answer is a definite yes. From over two thousand respondents, 54.7% said they would reject an ideal house if it couldn’t deliver their desired broadband speed, while a third said they seek at least 100Mbps+ in a property that they view. Another third said they would try to negotiate a price reduction, and 29% in the poll stated that they would be willing to pay a small premium of between 0.5% and 3% to get high speed connectivity in a property. Properties are increasingly becoming the unsellable House on Haunted Hill if its location is good but its broadband availability isn’t strong, forcing some owners to even consider reducing their asking price.

Where does the desire for high speed broadband come from?

It actually comes from video (which already killed the radio star at the end of the seventies). According to CISCO, over 82% of internet traffic will be video by 2021. Video is either streamed or (up and) downloaded.

When MTV launched in 1981, the opening scene of Video killed the Radio Star was a provocative prophecy of changes in the industry and consumer behaviour to come. The channel fostered the ‘second British invasion’ of the US, spearheaded by the combined forces of the UKs creative sectors in music and video.

Today we are witnessing the next revolution: The tectonic shifts in the global TV industry and new video-based applications enabled by better broadband connectivity and streaming technology. Connectivity to everyone and everything, everywhere and anytime has become imperative particularly for the younger generation. As Netflix rocks the boat of the establishment in the broadcast industry, the consumer is enjoying an incredible increase in high-end TV productions and a magnitude of accessible films. You can now get Closer to the Edge and watch the Island’s production of Belle and Mindhorn on Amazon UK whenever you like.

Billions of investment into content is also powered by the Isle of Man and Channel Island based International Stock Exchange (TISE), who last year issued a €1.3 billion high yield bond from Netflix. The productions financed through this can be rolled out on a global scale as they are fully owned and not just licensed to a few countries. Our son hates us streaming as the remaining datarate he uses for his video gaming goes down and we’ve prioritised Amazon Prime on the router!

The power of Satellite broadcast and Terrestrial TV

Satellite broadcast and Terrestrial TV are a blessing for any stretched broadband infrastructure as it offloads significant video traffic and avoids Blood and Fury in the family fighting for scarce broadband resources. And it is real-time, made for live broadcasts. When I streamed the semi-final of the 2006 World Cup, Italy vs Germany, on my computer, I heard my neighbours, who were watching it on live TV, shouting ‘Goal’ far ahead of myself seeing it on screen.

Similar to the web, both satellite TV and TV streamed over the internet are capable of personalising their advertising, although this is not yet widely introduced. While your retired neighbours may see an advert for a cruise holiday, your TV might be showing you an ad for a student loan. The BBC and others are running tech trials on ‘object-based broadcasting’, meaning that content is broken down into objects with a meaning attached to the scene that an editor, algorithm or future AI can use to curate a version according to your viewing preferences. This goes much deeper than the alternative ending in Bourne Identity, you can create TV news for different age groups, interests or Brexit beliefs.

Artificial Intelligence in the Creative Industries

After talking to IBM Labs at the International Broadcast Convention they offered me their Watson Artificial Intelligence (AI) to create a trailer for the TT as they did for 20th Century Fox in #WhatisMorgan. For this, the computer must learn how a trailer is derived from the raw material and how they typically look, capturing the top riders, starting, finishing and overtaking on-board cams. This is where the machine becomes the assistant to the human editor, making proposals and picking up the most compelling scenes.

Meanwhile BigData and AI are used to replace the human audience in pilot episode test screenings, mimicking the tastes that they have acquired. But will AI become creative itself? Sunspring, an experimental bot made a short film for the 2016 Sci-Fi-London Film Festival which still looked quirky. Art Basel showed computer made artworks not distinguishable from human made pieces, while Christie’s will auction AI-generated artwork this October for the first time.

Keeping up with cool tech and hip startups

There is so much new tech, fresh startups and billions of TV and film content financing around. In the UK the Creative Industries (which by the way includes software design and computer services), accounts for a near £100 billion sector growing at twice the rate of the economy and at four times the rate of the UK workforce as a whole. As a newly formed Digital Isle of Man Executive Agency, we will be focusing on identifying key opportunities such as this to ensure we’re able to enjoy  a piece of the cake.

This is where Isle of Media, a not-for-profit organisation acting as the inward investment agency to grow our Digital Media sector on the Island, has entered the game. Having just celebrated our 2-year-anniversary, we’ve seen an influx of new companies and visionary entrepreneurs relocate to our Island, while the incumbent sector is growing in job numbers and has received private investment from global players.

But we can’t do this job alone. The new Digital Agency Board, which I have the pleasure to be a part of, provides a great opportunity to get the framework conditions fit for purpose. Setup as a Public-Private-Partnership with government and the other digital sectors such as ICT and e-Gaming, we can chase and promote cross sector related opportunities, like eSports, which sits right across the board, or address common challenges such as the Island’s infrastructure. And eSports, AI, cloud services, video streaming, they all require a performant, reliable broadband backbone.

The new Back to the Future ethos has made our broadband infrastructure a top priority.  The Island has a reputation for being a test bed in areas such as 4G in the past and, with Manx Telecom’s recent rollout of Fibre-to-the-Home, targeting 13% coverage by end of this year, and the business parks fibred up by Sure and Manx Telecom, I predict to see us ranking up the ladder again.

I am really looking forward to the Island’s new broadband strategy to be announced in a few weeks’ time. The benchmark for us has to be the EU’s vision of the #GigabitSociety with three main strategic objectives set for 2025:

Sweden is already rolling out 1,200 Mbps of symmetrical broadband having stated that this is not the end of their development as they’ve witnessed a data usage increase of 40% year on year.

A high datarate isn’t the only target. In eSports milliseconds matter and the latency by signal turnaround time from your gaming computer to the game server is crucial to survive the next Counterstrike in this industry. For a top pro gamer, the ping to the next server, like League of Legends in Amsterdam, should be below 15ms. Anyone can be excited about 40ms but if a pro gamer is unable to connect to a game because their ping is too high then they won’t be happy. Currently my son faces 48ms best on an Ethernet connection at our house. But latency fluctuates, and the ping sometimes goes beyond 200ms. You might try to disable interleaving if on ADSL2+ and fight the baseline ping (and pay for it) with a gaming VPN, but I would hope that we will strategically revisit the peering arrangements of our telcos, reducing the ping while pushing for better broadband quality and speed at the same time.

If we want to secure our prosperity, keep our young generation, diversify and grow the digital and creative economy, now is the time. With many new members in both Houses of Tynwald, a new Cabinet, a new Digital Agency and a new head on the helm of the Communications Commission, this creates the perfect opportunity.

I’m looking forward to working with creative and digital thought leaders around the globe and my fellow board members on the newly formed Digital Agency. Economy, infrastructure and technology all go hand in hand and we are chasing the many opportunities for our digital and creative economy in the Isle of Man. It just needs a little positive spin – call it Love Island.