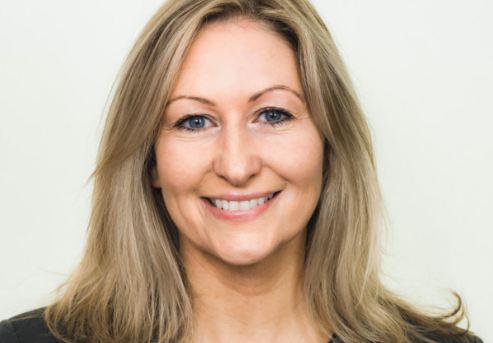 2018 has been a transitional year for the Department for Enterprise where media is concerned.

Project number 107, Where Hands Touch, was the last movie to be made on the Island. Pinewood managed the deal for the Island and the resulting film, which was written and directed by BAFTA-winner Amma Asante, shot on location in the north of the Island in late 2016. The wartime drama stars Amandla Stenberg, George MacKay, Abbie Cornish and Christopher Ecclestone, and premiered at the Toronto International Film Festival this September.

A screening of Where Hands Touch was hosted at the Broadway Cinema in November to an audience of its Manx cast and crew. Numerous Island-based professionals worked on the film, as well as approximately 300 local background actors, proving a huge achievement for the Island’s extras agency, Ex-Isle. Extras embraced the long shooting hours and difficult working conditions to take part in the harrowing camp scenes for Amma, who had been impressed with the Isle of Man’s community spirit and engagement when she filmed her earlier period drama, Belle, on the Island in 2012.

Local construction crew built the Second World War workers’ camp on Jurby Airfield, with impressive results. Nearby Mountain View Innovation Studios provided the month-long production base to the UK project, and shooting took place in its sound stage and also at the historically significant Knockaloe, near Peel. The Island successfully came together for this production and the film is one we can be suitably proud to have been part of.

This will be the end of an era though as it is accepted that one-off projects no longer adequately benefit the Island since no media infrastructure or long-term jobs are created. Further, over the past decade, the Island has become less competitive than its neighbours (the UK and Ireland), principally because it does not offer non-discretionary tax incentives to the film industry.

So a new strategy focuses on increasing non-film-specific activity on the Isle of Man by encouraging companies to locate here, building on the positive financial, creative and economic success that the media industry is generating globally.

This year, the Department’s restructuring into agencies has determined a new future: digital media is an emerging sector for the new Digital Agency, the aim being to build clusters around TV and film, Animation, Games & Video, Technology Innovation and content distribution to grow it into a sustainable industry.

Recent analysis of past performance has guided the model for a more successful, maintainable future. A number of niches have been identified where we will be able to create a unique offering on the Island.

The Digital Agency will work with keen private sector partners to grow a media ecosystem of quality and substance to cater for this new industry. The Island has an existing environment for the eGaming sector, which is readily available in terms of connectivity and data centre capacity.

To achieve its aim, the Digital Agency is working with Isle of Media, the national development agency set up as a not-for-profit Public Private Partnership to drive inward investment in digital media and foster the indigenous industry.

Co-production agreements with other jurisdictions will become more important, and we must work with media companies to ensure they don’t lose out by choosing the Isle of Man. Post production and animation are interesting new areas for the Digital Agency as they are both workforce heavy. If 80% of a project’s spend in the UK or Ireland is eligible for a tax incentive, then we can possibly attract the remaining 20% of the activity – this could mean the creation of a number of new jobs and, in the early stages of sector growth, this cannot be ignored.

The Digital Agency will look to support existing or locating media companies who have appropriate projects and verified investment partners, with presales or a commission agreed. The deal structure and number of parties in each case may be different, but in all cases, the Department’s loan recoupment and the long-term nature of the Island-based activity will be the priority.

With its excellent capabilities in finance and technology, its scenic and adaptable filming locations, and world class infrastructure, the Isle of Man can support and attract the whole industry supply chain including production, post-production, global distributors, streaming media operators and satellite broadcasters, to create a global media ecosystem that is sustainable.

The Digital Agency is working closely with Isle of Media on a targeted approach and expected early successes are aimed at renewing the faith of the Government and the public in media investment through dividends and impact.

Earlier this month, the Department announced a partnership with US based Pilgrim Media Group to develop new content around the Isle of Man TT, such as TV, film, e-sports gaming and streaming, including the potential of the first live broadcast of the races in its 111-year history. Brokering this deal, Isle of Media hopes that this collaboration will increase on-island activity and benefit both the existing media cluster and will inspire new businesses to get involved.

Country branding through media (beyond the TT) is a wider focus within the Digital Agency and the Department as a whole, and the stakeholder group is growing given the attention, support and investment that the creative industries are getting in the UK.

The Isle of Man Film Festival was hosted for the seventh year running in September, and through growing interest and success both locally and internationally, a longer term future is being discussed which will allow for more impact in terms of Isle of Man content creation.

Recent short film productions linked to the festival and supported by the Department have gained serious traction this year, with Ready To Go starring Kevin Doyle winning over 25 international film festival laurels so far, and Brothers of Italy about internment on the Isle of Man during the Second World War, which is being used as a proof of concept for a future television series.

After a temporary pause in activity, the Isle of Man’s media aspirations are growing once more, and the Digital Agency will demonstrate it is very much open for business from 2019!