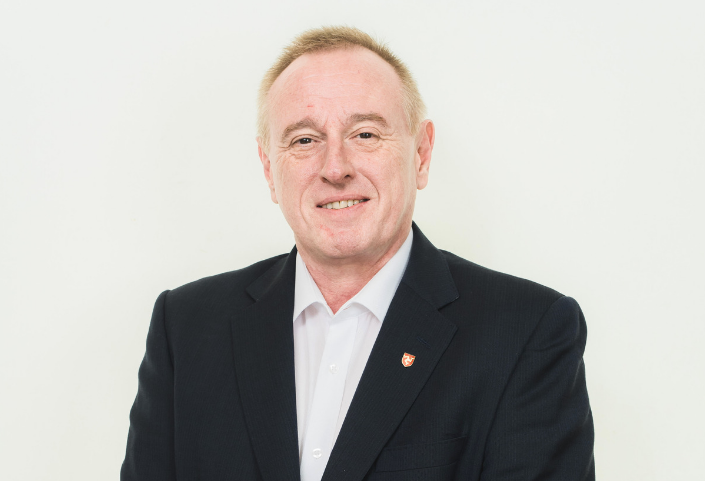 Head of eGaming for Digital Isle of Man, Tony Ure, discusses the explosive boom in esports.

The topic of esports has risen steadily in the public consciousness over the past few years. However, with the increasing opportunities and strong potential that esports offers it’s important to fully understand exactly what it is and why it’s been creating all of this interest in the gaming and gambling industry.

Esports is the competitive playing of video games. Players compete globally in a myriad of games ranging widely in genre, frequently using a tournament format that culminates in a live, spectated final event. Not all games fit this format, however, so exceptions do exist. The rising popularity of esports can be attributed in part to two factors: increasing availability of low cost, high quality bandwidth, and the monetisation opportunities available for game streamers through Twitch and Patreon.

Game types vary from simulations of traditional sports such as football and basketball to card games such as Hearthstone, to competitive first person shooter games such as Counter–Strike: Global Offensive and to Multiplayer Online Battle Arena games (MOBAs) such as DOTA 2 and League of Legends.

These games are not only attracting millions of players but are also attracting audiences in the millions who tune in to watch the live players battle it out online. The more recent battle royale genre, including games such as PlayerUnknown’s Battlegrounds (PUBG) and Fortnite, have received huge viewership and further popularised the sport in mainstream media.  Newzoo, the leading market intelligence provider for the esports market, estimates that audience figures will hit 380 million by the end of 2018. It is forecast that by 2020 the popularity of esports events will rival that of traditional sporting events. Currently, the top markets for viewer audiences are Asia and North America, yet numbers are rapidly growing across Europe, Africa and South America too. If the predictions are right, revenues are estimated to hit £1.5bn by 2020 with 77% of revenue generated through media rights, sponsorship, and advertising.

It is these large viewer numbers that drove Amazon in 2014 to buy Twitch, a live video streaming platform, for $970 million. Twitch specialises in streaming esports competitions, and professional esports players have large followings on their own streams. As of May this year it had 15 million daily users. Streaming of live esports tournaments is a growing part of the sector with online views of events often in the hundreds of thousands. On Twitch last week the current most popular game, Fortnite, had over 600,000 viewers in the week.

In response to Twitch’s popularity and huge growth, Google also offers a gaming streaming and viewing platform via YouTube Gaming, as does Microsoft via Mixer, another streaming platform launched in early 2016 and bought by Microsoft later that year.

Moving into the Mainstream

Global tournaments in esports have total prizepools in excess of $100 million dollars, with professional teams earning six figure salaries including merchandising and sponsorship revenue deals. The management of these teams is big business and the teams have followers in the hundreds of thousands.

It is these levels of audience figures that are attracting the non-gaming retail sponsors to the industry. Companies such as Vodafone have put up €100 million sponsorship deals. Audi, Mercedes and F1 are heavily involved in sponsorship, with Mercedes putting up Mercedes cars for competing teams to use in recent tournaments. Premier League football teams are partnering with esports teams to capitalise on fan interest. Some teams have gone as far as starting their own esports teams, such as Manchester City, West Ham United and Paris Saint-Germain, while Dutch football legend Ruud Gullit has set up Team Gullit, the first independent FIFA eSports academy. Air Asia has created their own team, Turkish Airlines are sponsoring the Blast Pro Series and Emirates Airlines are exploring the esports market. Even food and drinks giants are negotiating sponsorship deals, such as Domino’s Pizza’s 3-year deal with Gfinity.  With an audience of 380 million, which is 70% male and growing, large brands are champing at the bit to get involved.

There have recently been meetings in Paris between the Olympics organisers and the Global Association of International Sports Federations (GAISF). Participants included over 150 representatives from the esports and gaming ecosystems: players, publishers, teams, media sponsors and event organisers. The meeting kicked off a dialogue between the esports and gaming industries and the Olympic organisers to discuss the possibility of having esports as an Olympic event.

The fight for legitimacy is one familiar to those of us who have worked within the poker industry for a long time. For experienced players and industry professionals, poker is very obviously a sport. To be competitive in poker requires extensive study, thousands of hours of practice and reflection, skill and resilience, and yet for many years the term “sport” was hard fought for. A similar battle can be seen to be happening with esports. Given the interest from the International Olympic Committee and the warm embrace from top-tier sponsors, esports’ path to wearing the “sports” mantle may prove smoother than poker’s.

There are numerous cities that have woken up to the value of esports tournaments and are building bespoke arenas that facilitate events for viewing audiences. The Luxor Casino in Las Vegas is one such example, with a recently built arena designed to showcase esports tournaments. Texas and Vancouver are also building their own arenas, and we are now seeing stadium proposals for the UK and Europe.

Where there are competitions and tournaments, there will always be betting. There is a known crossover from videogaming to betting, and sportsbook companies are looking at this vertical as a new way to diversify their offering. In parallel, esports betting companies are looking at ways to cross-sell traditional betting and casino games to their esports player base. Although there is often a concern around underage betting and esports, given the youth of many of the players and spectators, this risk is mitigated through strong regulation and licensing of esports betting companies.

On the Isle of Man, we have been actively supporting and nurturing esports companies and licensing high quality sites for more than three years. The esports ecosystem is complex, including games developers, portals for watching online tournaments and games, competitive teams, commentators, remote streaming services, live viewers and event organisers alongside the betting companies, advertisers and sponsors. Defining the opportunities for the Isle of Man is key if the Island wants to participate in this space.  For companies to attract funding from sponsors, and to sustain growth, they need to be supported correctly, and so jurisdictions such as ourselves will play a crucial role in enabling businesses to benefit from a market that is embracing the sector. There is an opportunity for the Isle of Man to create a hub of esports expertise around the gaming, media and esports betting companies that are basing themselves on the Island.

The Next Big Thing in VR

The appeal of entertainment though Virtual Reality continues to grow, especially as content is adapted for esports and accessibility to the content increases. The opportunities for VR and esports are at least two-fold: spectators can be immersed within a game from their favourite player’s, or team’s, viewpoint; or players can compete in VR games.  The former is potentially quite exciting. In this scenario, viewers could move anywhere over the play area to watch the action unfold, giving them ultimate choice over how to watch a match play out. The latter is already taking place. The VR League is a new esports league using VR game titles, allowing players and teams to compete in virtual reality, with the final held at a large stadium with live spectators.

Although opportunities abound, new media brings previously unforeseen hurdles. Even now, watching via traditional methods, broadcasters of tournaments can have issues ‘directing’ games, trying to find the best action of a match to air. Battle royale matches, in particular, where there could be a hundred players at play, can be particularly difficult. As a young medium of entertainment such teething problems can be expected, however with the dynamism shown already by the industry such issues should soon be a thing of the past. For individual streamers broadcasting their play, rather than tournament organisers broadcasting a whole match, this of course is not a problem.

We are in a period where the current generation wants experiences that are easily accessible, fast and high quality and able to stream on a mobile platform. Given the main esports streaming platforms are owned by large multi-nationals that are also experimenting with VR, merging these two sectors seems inevitable. For example, Facebook, which owns high-end, tethered VR headset company Oculus Rift, recently announced an exclusive arrangement with leading esports federation ESL for several leagues. As it develops, it’s clear that esports is becoming increasingly diverse with clear opportunities for growth in the future.

Click here to find out more about our Isle of Man esports proposition.