Digital Matters: The Isle of Man - a trial isle? 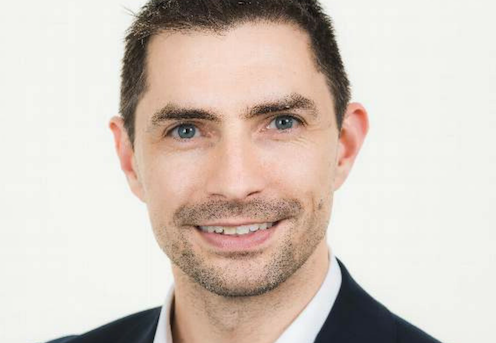 The Isle of Man has a strong history of world firsts and pioneering projects that show the rest of the globe what the future holds for them.

Some notable examples include the establishment of the Royal National Lifeboat Institution (RNLI) in 1854; the introduction of the women’s vote in 1881; Pilates was developed and refined in Knockaloe during World War I; we were the first island nation to be granted UNESCO Biosphere status; in the communications sector we had the first European launch of 3G and, over the last few months, the launch of MT’s ‘clearSound’ service to help the hearing-impaired improve their mobile call experience.

At the digital agency, we have been asking the question: ‘How else could we be first, and how could we encourage this?’

Positioning the island as a jurisdiction that promotes innovation and somewhere to come and try new things sounds great in theory – but is it something we can help become reality? And what would the benefits be?

Addressing the last question first, the most obvious benefit of being a hub for development and trials is that we, as residents, have access to new technologies and services before anyone else.

These may bring quality of life improvements, like the ‘clearSound’ technology, or economic benefits from more efficient services through artificial intelligence (AI) and automation.

But just looking at the primary benefits doesn’t give the complete picture.

As the island begins to develop a good reputation in the area, it becomes a cycle of positive reinforcement.

The net result is a more technologically-advanced, diverse and stronger economy, and a thriving and innovative place to live.

So what are the downsides? Looking again at the obvious, the big ones are all around increased risks: the risk of a trial failing, and people potentially ending up unemployed, and investors losing their money; the risk of something going wrong, causing a negative impact on our reputation or, even worse, actual harm in some way; the risk of unforeseen secondary or tertiary consequences that we end up ‘carrying the can’ for.

However all of these can be minimised – with some common sense and a simple framework of what we, as an island, are comfortable with.

There is however another risk worth mentioning – the risk of being left behind.

A lot of this tech is coming, regardless of whether we want to be involved or not. Take the example of autonomous vehicles: last week Dr Alex Allinson tweeted about the island perhaps becoming a proving group for self-driving cars and The Examiner followed up by asking people in the street what their thoughts were.

Concerningly, there seemed to be a lot of misconceptions and reluctance to engage with this sort of technology for fear of the consequences.

Let’s be clear – driverless cars are coming. Just like we used to have people operating elevators but now they’re automated, the same will happen to our daily commute. It might be 2020, it might be 2030, but it will happen.

The advantage of being involved early on is that we better understand the problems, technologies and changes to services that are needed around the core trial. Autonomous vehicles spawn questions of insurance, liability, the knock on effects to other businesses such as taxis, buses and so on. Could the island play a part in solving these?

Of course it could. But autonomous vehicle trials are already well under way elsewhere, and we would have a lot of catching up to do. To be successful and to realise the benefits, we must be realistic in looking at each trial to understand what our proposition would be and where we stand to gain.

Looking at what we have to offer, different aspects of our island lend themselves to different types of trials.

We have an older than average population, so trials aimed at helping the elderly would benefit the island and provide a uniquely rich testing ground for the researchers.

We’re a biosphere, so anything with a positive environmental aspect would be welcomed.

We have a very strong finance sector with banking and insurance experience, so new types of financial products and financial technology (Fintech) in general could be developed and tested here.

Ultimately, however, the island is at its heart a farming community.

As the global population grows, and needs feeding in more efficient and environmentally sustainable ways, there is a huge and rapidly developing agricultural technology sector (Agtech) that we could tap into.

Common to all these though, and probably our strongest selling points, are our legislative agility and our ‘island’ mentality. We are fortunate to have a strong community with good business and government links that can enable things to happen quickly where there is the will and a business case.

Increased awareness, such as the publicity that Dr Allinson has generated around autonomous vehicles, and education to help understanding of the benefits of undertaking trials, can only be positive when looking to help future ones to take place.

Practically, then, what can we do to help bring these trials to the island? Aside from relying on happenstance, I think there are four main strands we need to pull together to help make our own luck.

Firstly, we need a framework for classifying potential trials to see if they fit with what we can offer as an island and to try, as best we can, to quantify the benefits for residents. This is something the Digital Agency is already looking at to see if there are opportunities we can pursue.

Secondly, the island must adopt a better approach to, and understanding of, risk. Over the past few years we seem to have lost some of our appetite for risk – saying no to things because we believe that’s the safest option. This carries its own inherent risk though: the risk of being left behind and not having a say in our own destiny.

Other jurisdictions have made progress in this area by having regulatory ‘sandboxes’ – areas of relaxed rules where ideas can be tried in conjunction with regulators, so both sides can work together to understand new technology and new approaches to regulation.

This idea could be extended further to a physical research and development [R&D] or test space, with common resources available to help run trials.

The third strand is a review of, and then mitigation of, the blockers.

Why would someone look elsewhere, or discount the island? Here again, it’s worth a quick look at misconceptions.

While there is no R&D tax relief in the island, there’s also (generally) no corporate tax on which to get relief.

The UK has its Enterprise Investment Scheme (EIS) which helps encourage and protect investment in younger companies.

We don’t have capital gains tax, which is one of the benefits of the EIS, and our income tax structures are such that the relief benefits from the EIS wouldn’t be as attractive here: it’s hard to give relief on something that hasn’t been taxed!

Aside from tech trial specific ones, barriers to normal businesses such as availability of talent, concerns about regulation and so on are even more important to companies who may be pushing the envelope and will live or die on the right person being in the right place at the right time.

That brings me on to two very real problems that would pose a challenge for many trials – academia and funding.

The island previously had some academic research, via the Marine Biological station in Port Erin, but since that closed we have fewer facilities through which to undertake any formal research. If we want serious innovation and development on the island, we need academics.

It’s no coincidence the UK’s biggest innovation corridor is Oxford to Cambridge. Being realistic there’s no likelihood of an independent research -focused university; however, a small facility that concentrates on our core strengths and resources – so something around finance, farming or environment – could work.

Looking at the funding challenge, one of the big omissions on our jurisdictional comparison card is that we’re not eligible for any EU research and innovation grants and, at the moment, we have no fund or incentives that directly encourage innovation on or into the island.

A newly revamped Enterprise Development Scheme may provide general support, but something like an X-prize style fund – which need not be huge – with a well-targeted goal that would bring benefits back to the residents could be a good way to solve both funding and a specific island problem in a cost-effective manner.

Going back to our autonomous vehicle example: getting a car to safely drive on a long, flat, perfect highway in Arizona is a certainly a challenge – but getting a car up Tholt-y-will on a wet, misty night with errant sheep, hedgehogs and oncoming cars?

That’s a challenge on a whole different level and one that needs to be – and will someday – be solved.

We may not be there at the start of the journey with autonomous vehicles, but we can certainly be involved with major initiatives that require specific smaller-scale trials in our unique geography.

There are plenty of other challenges in the world to solve, so let’s see if we can’t solve some here!

Where next, then? The digital agency is already looking at a lot of what is possible: working with practitioners from the sector and with others in our business community creates opportunities for collaboration and innovation.

While our journey has only recently begun, we have a great team, a supportive environment and we are making positive steps forward. Here’s to the future – watch this space.

Kristan McDonald is the chief operating officer at Manx Technology Group [MTG], non-executive board member of the Digital Isle of Man executive agency and chairs the Isle of Man Chamber of Commerce Fuel Committee. Kristan has lived in the island since his early teens, returning to work in the technology sector after gaining a computing science degree from Newcastle University, and is active in developing innovation and promoting discussion on all things digital.