DIGITAL MATTERS: What next for blockchain in the Isle of Man? 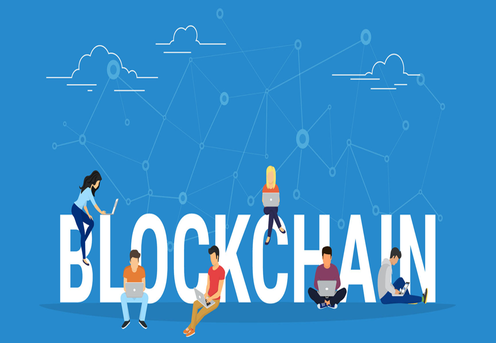 In 2019 Digital Isle of Man is planning to move the Island one step closer to being a centre of expertise and excellence in blockchain. CEO of Digital Isle of Man, Lyle Wraxall, explains how a “Blockchain Office” could establish the Island as a high quality, well regulated jurisdiction for this fast-moving industry.

The Isle of Man has been involved with blockchain since 2012, following the arrival of cryptocurrency in the Island. A flurry of activity followed in 2014, but it became clear that there was no distinct community, no regulatory platform and little understanding of the “defined risk” represented by businesses operating on the blockchain.

Uses and business applications for blockchain technology include the validation of data, digital identity and even the “Internet of Things”. In healthcare, patients’ encrypted health information could be shared with multiple providers without the risk of privacy breaches.  In financial services, faster and cheaper settlements could shave billions of pounds from transaction costs, while improving transparency. Government could put public services on the blockchain, to create new systems for taxation, welfare payments and transport routes.  Constituents could cast votes over the blockchain via smartphone, tablet or computer, resulting in immediately verifiable results.  Consumers could use blockchain to manage fractional ownership in autonomous cars. In effect, blockchain has the potential to have as big an impact as the development of the Internet.

Jurisdictions which have pushed ahead with blockchain activity include countries as disparate as Malta, Gibraltar, Estonia, Japan and Australia. The catalyst for success for the Isle of Man – and paramount to the Island competing with these jurisdictions – is the need for robust and appropriate legislation/regulation in areas of uncertainty.  As businesses running on the blockchain are doing so in an immature industry with most of the future risks not yet known, a legislative framework that allows for sustainable business growth whilst protecting the businesses and their consumers would position the Isle of Man as a reputable and desirable place to start and grow such businesses.  Similarly, appropriate legislation would improve customer outcomes and encourage digital innovation. It would end ambiguity, close perceived loopholes and protect the reputation of the Island on the international stage.

We are seeing businesses flock to jurisdictions with supportive legislation. Without signposting our intent as a jurisdiction and catering for the blockchain enterprise need for a predictable and supportive legislative regime, the Isle of Man will not attract quality businesses. In actual fact by staying silent on our intent and by not legislating appropriately we may even attract less desirable business in this area. As such, it became clear that a direction must be set.

Through collaboration of the Department for Enterprise’s non-executive boards of Digital Isle of Man and Finance Isle of Man and the Isle of Man Financial Services Authority, a broad approach was considered. This broard approach was then reviewed by a working group made up of experts from different parts of the blockchain ecosystem. Their recommendation was then taken to the Island’s National Strategy Group where it was agreed to take forward.

The recommendation included a commitment to tech-neutral regulation, with the Island not regulating blockchain technology per se but rather facilitating business compliance with existing regulation where that business wishes to conduct regulated activity, or may need to register as a Designated Business. It also sets out a way forward for Initial Coin Offerings and crypto assets, looking to review the regulatory framework and move to well-regarded international standards when they appear. The recommendation is to position the Isle of Man as a fast follower rather than first mover, to create new regulated activity based on other high-quality jurisdictions through a tried and tested approach.

Through this proposed approach the recommendation states the aim to attract high-quality businesses, supporting them through a robust selection process and enhancing consumer protection. Ultimately this would build the Island’s reputation as a high quality jurisdiction for blockchain activity.

In addition a stable and well-regulated environment with more certain and supportive general legislation would also help to diversify and create jobs for the future on the Island: indeed, statistics published at the end of 2018 indicated that there has been an explosive rise in blockchain related jobs in the UK, with a six-fold increase in the last 2 years (Source: https://www.itjobswatch.co.uk/jobs/uk/blockchain.do  5 December, 2018)

There could be other benefits for the Isle of Man too, including the creation of a centre for digital innovation, alignment and synergy with existing sectors and its attraction as a place to live for a young and dynamic working population.

To this end, Digital Isle of Man will look to establish a Blockchain Office this year to facilitate the translation of technology into legislative/regulatory requirements. The Blockchain Office would support businesses in developing the platforms required, advising on how best to do so with compliance in mind (where this is necessary).  It would horizon scan and advise businesses, supporting new areas, government and regulators on the direction of the sector, ultimately becoming a centre of knowledge.  Importantly the office would not regulate, that responsibility would remain with bodies such as the Isle of Man Financial Services Authority, Gambling Supervision Commission and others, however the office would of course have good lines of communication with all appropriate regulatory bodies.

The proposed Blockchain Office would also encourage collaboration through a sandbox facility, aligning regulation with the development of the sector. As well as running its own sandbox, the office would maintain connections with other jurisdictions’ sandboxes, building the Island’s reputation as a centre of excellence. This would not only offer benefits to companies and customers alike, mitigating any potential negative consequences, but would also promote healthy competition and innovation in the digital economy.

An international multi-channel promotion is launched to raise awareness of the Island’s new offering and drive interest towards the Blockchain Office.

The Blockchain Office has the ability to answer enquiries, outline the application criteria, and accept initial applications.

The Blockchain Office has specialised staff available who can support blockchain enterprises in the sandbox, working with regulators and aiding businesses.

The nurturing of this new technology could be a great opportunity for existing businesses on the Island too who can not only benefit from the office’s expertise and advice but also the cluster effect of attracting likeminded people and businesses to the Isle of Man.

Make no mistake that this technology is here to stay: this year, the planned creation of the Blockchain Office, driven by Digital Isle of Man, will be the chance to put our Island firmly on the blockchain world map.

Blockchain is a permanent record log of all the transactions that were ever verified on a business network, contained in a distributed ledger. This allows any participant to see the system of record (the ledger) with a cryptographic audit trail. The system is protected by using a reference to the previous block ("hash"), which is encrypted. Breaking into the system would be evident, so that any illegitimate changes to the system can be detected and cancelled.

If anyone attempts to corrupt a transaction, the nodes will not arrive at a consensus and will thereby refuse to incorporate the transaction in the blockchain. Every transaction is accessible and thousands of nodes unanimously agree that a transaction has occurred on date X at time Y.

What is disruptive about the blockchain concept?

The blockchain technology platform concept is unlike traditional models, as it creates a near-real time distributed ledger with a record of consensus between the counterparties by using cryptography and a distributed messaging protocol.