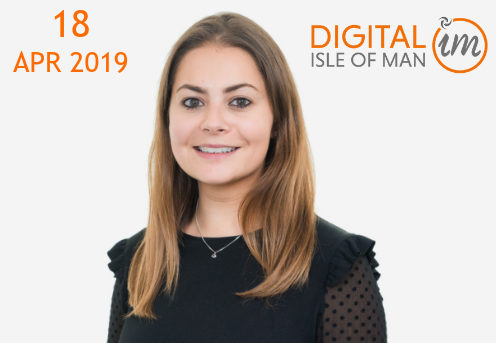 The research released in venture capital firm, Atomico’s yearly State of European Tech report highlights the continuing diversity issue within the technology sector. Investment in all-male founding teams has been above 90% since 2013 (when Atomico and Dealroom began tracking the data). Atomico’s report also found that just 6% of chief executives of venture-backed technology start-ups were women. That figure remains unchanged since 2017. The report identified a single female chief technology officer amongst the European technology businesses which raised either Series A or Series B venture capital funding in 2018.

Angel Academe is a fast-growing and award-winning angel network. Their angel investors are entrepreneurs, senior professionals and people enjoying portfolio careers. They want to do something interesting, useful and stimulating with a proportion of their investible assets by supporting entrepreneurs and new businesses. Most of them are women, but men who want to be part of a diverse network are also very welcome. They invest in ambitious and highly scalable technology businesses with at least one woman on the founding team. They believe that to help more women “go big” with their technology ventures, there is a need to increase the number of women investors.

Angel Investment is the most significant source of risk capital for start-up and early stage businesses across Europe, bringing not only finance, but vital business experience and expertise to enable businesses to achieve their high growth potential. Yet the proportion of women business angels of the total number of angel investors remains extremely low.

We’ve known for some time now that women have the financial resources, knowledge and experience to support the next generation of British start-ups, yet the number of angel investors in the UK who are female is just 14% - and this decreases further when we look only at the northern regions (and even further for the Isle of Man).

Research from the UKBAA found that whilst women have the financial resources to invest and are responsible for 45% of the UK’s wealth, there are still multiple barriers to entry, many of which are unnecessary or misconceptions.

At last year’s ‘Women Angels of the North Investment Forum’ Growth Capital Ventures Group Operations Director, Jordan Dargue commented: ‘it’s often misconceptions about angel investment that are holding women back. It’s regularly thought you need tens of thousands of pounds to be an angel investor; that you need to have built up and sold a company and now have huge amounts of disposable income to invest - but that’s simply not the case’.

“The accessibility of start-up investment opportunities today makes angel investing possible for most. Entry points can be as low as £100 in many instances, which makes it a much more open investment option. Yet so many don’t realise this, and this alone is one of the key barriers we need to break down.”

A report titled ‘The barriers and opportunities for Women Angels Investing in Europe’ published by WA4E (Women Business Angels for Europe’s Entrepreneurs) highlighted the following concerns and barriers to angel investing:

So what are the key drivers for women to start angel investing?

A UK VC & Female Founders report, commissioned by Chancellor Philip Hammond at Budget 2017 and undertaken by the British Business Bank in partnership with Diversity VC and the BVCA, identifies specific barriers faced by female-led firms in accessing venture capital. Here are a few statistics:

83% of deals that UK VCs made last year didn't have a single woman within the founding teams. In order to play our part in helping to grow the number or female angels on the Isle of Man, Bridge are launching a new female focused initiative.

Last month, Bridge held it’s first ‘Women Angels and Founders Supper Club’ - an intimate dinner and drinks event, where female guests were able to find out more about how to become an angel investor, the information to look out for and tips on the type of questions to ask during a company pitch, plus they were able to gain an insight in to the challenges and opportunities for female investors and founders today, and most importantly, how they could get involved.

By growing the number of female investors, we hope this will also result in more female founders being given the opportunities to grow their businesses on the Island. As the saying goes ‘When women support each other incredible things happen’.