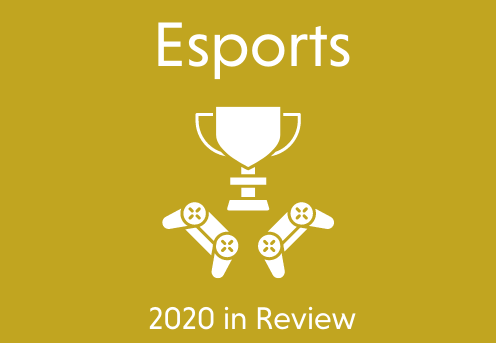 Esports has been on the radar of the Agency since 2019, when we worked with industry advisors and experts to identify the benefits to an industry this huge for the Island. The strategy was developed and in mid-2020 we launched our proposition. As has been seen with the huge growth in the industry in this year alone, we have been excited to see the possible future opportunities in this fast-paced and dynamic sector.

Our new Head of Esports, Chris Kissack, appointed in July this year. Since beginning his role, Chris has continued to connect and built his strong network of esports contacts, through hosting panels on some of the leading industry events to one-to-one interviews with influential professionals. Every conversation has helped define and discuss the Isle of Man’s value proposition within the esports industry and explore the potential for the Island to be a strategic location for esports growth.

The excitement has really come from the level of interest and engagement that’s come from discussions with some of the big players within the space, and the interest in regulation and legislation to support a safe, workable and profitable industry. We have teamed up with these key entities to help write the rules, determining how those rules are actively enforced and who should be licensed as a result.

In an industry like esports it can be especially important to build on the grassroots scene of a jurisdiction, so over the past few months we have been looking at how we can best educate the Island on what esports is and how it could benefit the Island as a whole, rather than just economically.

The proposition continues to be supported by a number of local businesses looking to enter into the esports space and support and grow the industry on-island; from lawyers, CSP’s, hotel owners and startups. Each of our stakeholders will be engaged over the next year, including a number of on-island events to help educate those on the esports proposition as well as how they can engage and benefit from the sector.

2021 will be a very exciting year for esports worldwide as the trend of huge growth continues from the past year. It is great to be part of something so prevalent with so much potential at an early stage, and have the opportunity to see it grow into a new legacy for Isle of Man.