Gamesys plans for strategic growth with Isle of Man office 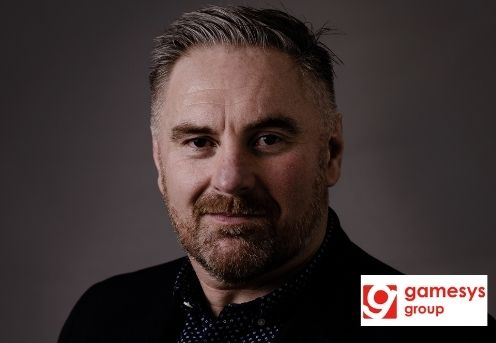 Driving growth requires businesses to take advantage of opportunities whenever and wherever they arise – even in the midst of a global pandemic. So it has been no surprise to see Gamesys Group, one of the leading online bingo, gaming and casino operators, proceed with its plans to establish an Isle of Man office even when faced with the difficulties of national lockdowns and border controls.

After identifying the Isle of Man as the perfect jurisdiction to support its fast-growing Asian market, Gamesys has moved at pace to recruit its Isle of Man team. This includes the appointment of Isle of Man General Manager Ben Wood, a veteran of the Manx gaming sector who has worked in the industry for more than a decade.

Gamesys has since recruited over a dozen more team members across a wide range of roles who are now eagerly awaiting access to the Gamesys Isle of Man office. This will be based at one of Douglas’s most desirable locations, the newly refurbished Tevir development at 55 Athol Street.

“We have secured the first floor of 55 Athol Street which gives a capacity of up to 40 team members and we expect to be at a minimum 75% occupancy by the end of 2021,” says Ben.

“One of the reasons for choosing the Isle of Man as a base is the readily available pool of talent. As a well-respected and long-established online gaming centre, it means there is an impressive cluster of experienced professionals at hand as well as all the supporting services that we need. We have already appointed roles in compliance, finance, customer service and marketing with more to come over the next couple of months.

“Obviously there have been some challenges with recruiting during the pandemic, but, as a Group, Gamesys has been very successful in adapting to home working over the past year and we are happy to support hybrid and flexible working practices where they bring benefits to our people and to our customers.”

The Isle of Man office forms part of Gamesys Group’s plan for sustained – and sustainable – growth, something it believes is achieved by providing long-term value to customers, developing trust and stronger relationships that will stand the test of time and allow for further expansion in the future.

It’s an approach that has served the Group well.  Known for its proactive position on responsible gambling, Gamesys has stuck to its purpose of “crafting entertainment with care” throughout the pandemic, boosting its free-to-play content and suspending untargeted TV advertising. It has also increased customer engagement around responsible gambling and has seen a big step up in players setting deposit limits and using other tools to play within their comfort limits.

The Group’s results for 2020 were impressive, with revenue growing by 29% year on year to £727.7m and EBITDA by 30% year on year to £206.2m. Performance in Asia was especially strong and the Group, which is a FTSE 250 company, also provided over £2m to the Gamesys Foundation which focuses on mental health initiatives as well as marking some notable ESG milestones such as carbon neutrality.

In acknowledgement of a successful first full year of trading since the acquisition of Gamesys by the JPJ Group plc in 2019, Gamesys Group staff were rewarded with a one-off share distribution worth a total of £1.8 million, giving them a direct stake in the future of the company.

“The Group results are an endorsement of our strategy and investment in the business,” says Ben. “The establishment of the Isle of Man office will play a valuable part in the Group’s plans for the future and help drive a strong performance with responsible gambling at its heart.

“We are grateful to the assistance we have received from the Isle of Man Government, both in helping us to set up the Isle of Man office and in creating a strong regulatory environment where businesses such as ours can flourish.

“I look forward to working with the team to continue to develop our presence on the Isle of Man, serve our community of players – and deliver sustainable growth.”

For more on setting up an eGaming business in the Isle of Man, click here.