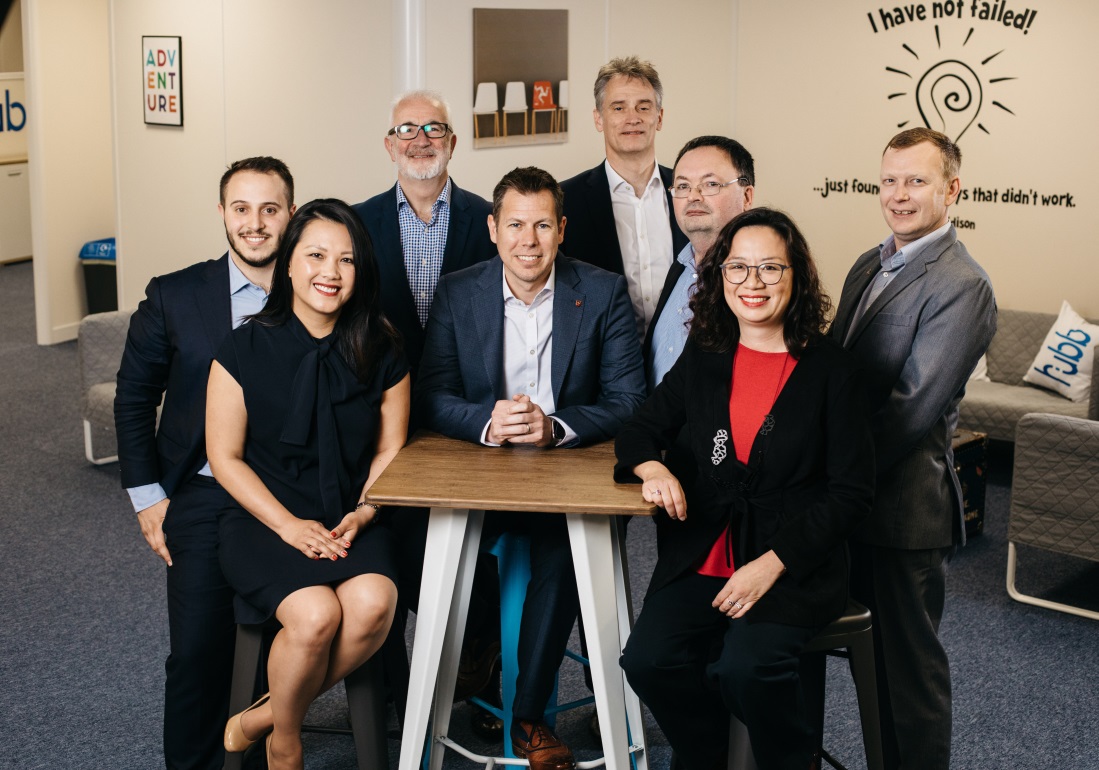 The Isle of Man Blockchain Office, who recently relocated their operations to the Hubb on Victoria Street, Douglas, has announced its new team. Each member of the team brings a wealth of knowledge to the office from various sectors, with one mutual goal; to grow and strategically develop the blockchain sector in the Isle of Man.

Since its inception, the Blockchain Office has received expressions of interest from businesses in a varied number of industries, including education, real estate, banking, pharmaceuticals and retail.

‘We have received a great number of applications for consideration since we opened in March and the businesses wishing to be considered cover a broad range of industries, all of which will make for a rich ecosystem in the Island.

‘I am confident that through Digital Isle of Man, we have secured the best possible team to guide these new businesses through the Blockchain Office and beyond.’

Alongside the core team are Steve Billinghurst (PwC) and Mauricio Artale (KPMG) who are being seconded from their day-to-day roles for one day a week to provide expertise in their respective fields.

The team members are as follows:

Steve is the Advisory Director at PwC, leading non-audit consulting and advisory services for local and international clients and many of those engagements are around financial, e-Gaming and data privacy regulation applications.  Prior to his current role, Steve advised clients in the Channel Islands and also the UK in relation to the interaction of their business operating models and regulation.  He is a qualified chartered accountant with over 15 years of offshore experience across all industry sectors.

Tony has been with the e-Gaming development team within the Department for Enterprise since April 2011, in a role that has increasingly encompassed blockchain technology and its applications in online gaming. With a keen interest in the developments that blockchain and digital currencies will deliver, Tony will support and provide guidance to companies joining the Blockchain Office and Sandbox and help them understand the advantages of locating business in the Isle of Man.

Jim is very experienced in real world Bitcoin/distributed ledger technology development and has been working in the ecosystem since Spring 2011. He is the co-developer of MultiBit and MultiBit HD and has made various contributions to the bitcoin library. In the last 12 years he has worked using Kotlin and Java at financial software houses including HSBC, Banctec and Infor.

David is a Senior Manager in the Advisory team at KPMG Isle of Man, which he returned to in 2018 after periods working with KPMG member firms in the UK and in Central and Eastern Europe. He has 20 years’ experience helping organisations across most industries understand risks and recognise opportunities, with a particular interest in the role played by technology.

Kritsana has extensive experience in Operations having worked at RBS, Net-a Porter and Suncorp Metway in Australia. She has also set up a number of businesses in hospitality and, most recently, an e-commerce business. Having moved to the Isle of Man just over a year ago, Kritsana is excited to be involved with the Blockchain Office.

The team are also joined by members of Digital Isle of Man, who are supporting the Blockchain Office throughout its infancy.

Lyle is the Chief Executive of Digital Isle of Man, the Government Executive Agency responsible for nurturing growth, innovation, and excellence in the Island’s Digital Sector. Lyle is a highly experienced management and technology consultant who has worked across the whole digital and fintech space. Most recently he was Head of the New York office for Pcubed – a significant international management consultancy practice with offices around the world. Lyle has worked extensively with large private sector and public sector clients in London and America including RBS, Deutsche Bank, IMF, US Federal Reserve and UK Cabinet Office.

Christine joined the Digital Isle of Man from IBM Global Business Services, where she worked as a management consultant for eight years on various projects that extended throughout the digital ecosystem. With both a professional background and a personal interest in innovative technologies, Christine has been leading on the strategic planning of the Blockchain Office and is committed to driving the development of blockchain business on the Island.

Brian Donegan is responsible for driving business development for industries represented by Digital Isle of Man, including cultivating and nurturing relationships with blockchain enterprises and ancillary businesses around the globe.  He has 17 years of experience within the e-Business, telecoms and infrastructure sectors and is looking forward to driving the growth of the blockchain sector on the Isle of Man.

If you’re interested in learning more about blockchain, Digital Isle of Man in conjunction with Isle of Man Chamber of Commerce and PwC are hosting an exclusive half-day training event, ‘Be the Blockchain’, on Thursday 20th June. This training requires no prior knowledge of blockchain and is an experiential event. For more information and to purchase your ticket, head to www.iomchamber.org.im

Applications for joining the Blockchain Office are still open. To find out more on how your business can apply, visit: www.digitalisleofman.com/blockchainoffice