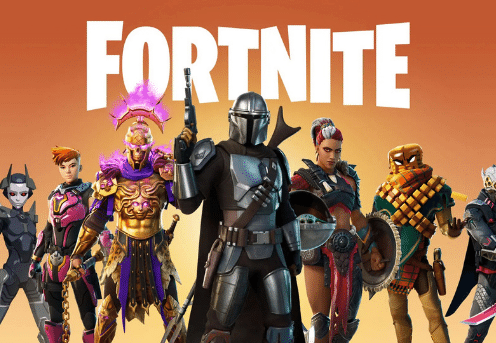 by Chris Kissack, Head of Esports at Digital Isle of Man

When I have a conversation with someone outside the industry and I tell them I work in esports, without a shadow of a doubt the most common initial response is, “You mean like Fortnite?” I will be honest, that initial response used to tilt me. I would explain in an animated way that Fortnite was not an esport and effectively press play on my personal “Why I think Fortnite is not an esport” monologue. This article is not a transcript of that monologue. I have a whole new monologue! This is…

“Why Fortnite is one of the most important things to happen to video games, but I don’t really think it is an esport and that is ok”. I am still working on the title!

So before we jump out of the battle bus and start getting into the details of the why’s and why not’s, we have to go back to the very beginning to a time when Fortnite was not the game it is today. Now normally when you roll the clock back in video game history and talk about the beginnings of a popular video game, you have to go way back. With titles like Super Mario and Sonic, you are going back to the early 90’s. Even the world’s most popular esports titles are over 10 years old, some titles like Counter Strike are 20 years old. But Fortnite, the game which has undoubtedly became a recognisable household name, regardless if the resident gamers play it or not, has actually not been around as long as some people might think.

Fortnite, as we know it today, with its Battle Royal mode, launched late 2017. Its initial iteration, Fortnite: Save the World, was launched in July of the same year. At the time of its launch – one of the most popular video games and one that still has a global following – was a game that involved mining in game blocks with your pickaxe (that is an important detail, you might want to make a note of that) and building houses, castles and forts, and defending yourself and your other players against hordes of monsters, including zombies and armless green guys that explode when they get close to you. This game is, of course, Minecraft. Microsoft had bought Minecraft from its original developers, Mojang in 2014 and was making the most of its $2.5 billion purchase. Minecraft was being played on PC, Consoles, and Mobiles; YouTubers and Twitch Streamers were pumping out content of their plays and in game creations; and children (and adults) were buying Minecraft merchandise. T-shirts, toys, board games, big foam pickaxes, the Minecraft brand was everywhere and just like Fortnite would do, it was taking the gaming and non-gaming world by storm. But I digress, this is not an article about Minecraft, so let’s get back to Fortnite.

I like to imagine that around the world, video game developers were brainstorming in their boardrooms and had a check list of what made this new genre of video gaming so popular. I like to think it looked something like this… 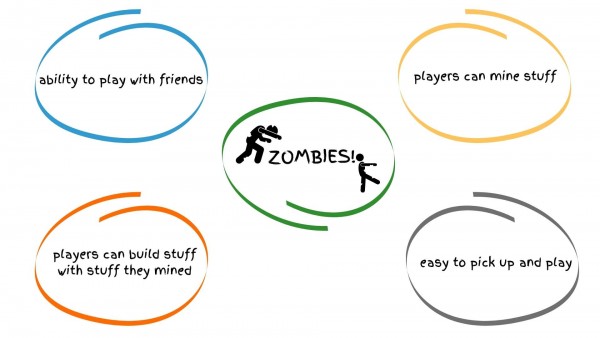 Different games hit the market trying to capitalise on this trend of new video gaming experience. One title that did manage to include some of these ingredients was Epic games, Fortnite. Tim Sweeney, Epic games founder described the game as “Minecract meets Left 4 Dead”, Left 4 Dead being a popular Zombie survival action game. Why the name Fortnite? Well you build forts and one of the game modes had you surviving for 14 days of in game time, 14 days of course being a fortnight. There are other suggestions on the origin of its naming, and while interesting to explore and debate, it really does not matter. Now I won’t go into all the history and details of the game, but it was a hit. At the same time, another game was making its own noise in the video game world, PlayerUnknown’s Battle Grounds, now more commonly known as PUBG. A Battle Royal game (with the inspiration stemming from a popular Japanese film from the year 2000 called Battle Royale) where dozens to hundreds of players are dropped onto a map with next to no equipment and must find items stored in crates and chests that are randomly scattered around the map. They battle it out until it is last man standing while the area players can play in shrinks over time to force them all together, which means a tactic of hiding in a bush until there is only one person left and taking them out with a cheap shot does not really work out. No XP tokens for guessing what happened next, Epic Games stepped into the Battle Royale space with Fortnite: Battle Royale.

Before discussing the competitive and esports side of Fortnite, it is important to note that Fortnite has literally taken the world by storm (for any Fortnite players reading this, that pun is for you). It is estimated by Statista, who specialise in reporting on market and consumer data, that Fortnite has 350 million players registered as of May 2020. It is available on Playstation, Xbox, Switch and Android mobiles. It was available for iPhones, but at the time of writing this article, that is no longer the case, which is a discussion for another time. It has broken viewership records for its live concert events, it has multiple merchandise activations and in my opinion, some of the best branding partnerships ever seen in not only video games but across all multimedia. You can play as a character from Star Wars, Marvel movies, DC Comics and you can even play as the Ghostbuster. As a gamer and fan of comic books, seeing what would normally be competing brands crossing over into the same game is a joy to behold. It brings fans and gamers together and generates some great content and playable experiences for fans of different ages.

So what does all this have to do with esports? Well, therein lies the question and that very question is why a lot of people in the esports space find it difficult to see Fortnite as an esport. To start with, Battle Royales in their standard format, being 100 players battling it out at the same time, do not lend themselves very well to being esports. Some titles in that genre have evolved their title to ensure fair and structured competitive play can be achieved. PUBG leads the way in Battle Royale esports, especially on PUBG Mobile. They invested heavily into growing and supporting the competitive play, adding an “esports mode” which allows for customisation of the same for both play and training as an esports team. They have created dedicated regional tournaments and leagues to allow existing esports Orgs to enter into but also encourage up and coming talent in the competitive scene. They also release patch notes when they adjust and add content to the game.

This is incredibly important if you are training competitively, as how the game performs and what is available within the game, such as how much damage a weapon can do or what kind of new features there are, could give players an advantage or disadvantage to how they play tactically. PUBG Corporation also revealed last month that they have a $14m planned esports mobile program planned for 2021.

Fortnite is almost the opposite of PUBG in a lot of ways when it comes to esports. They don’t readily release patch notes, they leave it for gamers to find out for themselves. Which would be like training in football and finding out on match day that the size of the goals have changed, that and the goal keeper could dig a moat around the penalty box if he had time to find a spade before you did.

But what about “that kid who won millions at the Fortnite world cup?” is also a common statement I hear. Well that kid, being Kyle ‘Bugha’ Giersdorf, after paying taxes due to the US Federal Government and the state of New York where the tournament was held, along with a percentage to the organisation he was part of, that $3 million will not have gone as far as people will think. However, it is estimated he has made more money contract signing with streaming platform Twitch and sponsorship deals. He also appeared in a Super Bowl advert following his win so I don’t think he is doing too badly.

Is Fortnite an esport? In my opinion, sometimes, but not really. It is something else entirely and that is a good thing. It is an entertainment universe within itself, with millions of players watching live concerts taking place on its party Island, it is a place to see what would normally be competing franchises and brands come together on the same platform, it is game that will fill venues with its events and it is a game I play with my son at the weekends and have tremendous amount of fun with.

The final unanswered question that some of you may be thinking is, what does any of this have to do with the Isle of Man and my role as Head of Esports? In short, supporting the growth of any ecosystem requires education and building confidence in stakeholders to engage in conversation. If you are from the corporate world, or any industry outside of esports and you have read this far, then I hope you will feel a little more educated and confident in being able to have conversations about esports and video games, especially Battle Royales. Whether you think Fortnite is an esport or not is up to you, but the best way to find out is to play the game.