The growth of mobile esports 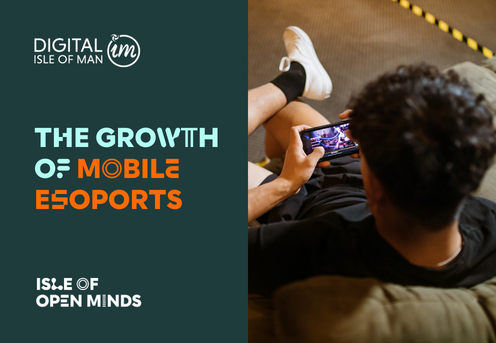 No longer is esports a battle between two goliaths – PC and consoles. Mobile esports, referring to games which can be played competitively on a mobile device such as a smartphone, has been on a meteoric rise in recent years – a trend which is expected to continue moving forwards. For years mobile gamers have been disparaged as not being ‘real’ esports competitors, which is nonsense, and the numbers are speaking for themselves. The ongoing global adoption of smartphones is a major contributing factor to this growth; particularly in regions such as South America, Africa, India, China and Southeast Asia where high performance gaming PCs are less accessible.

The rise of mobile gaming, both casually and competitively, has led to the further development of professional leagues and tournaments. Some esports titles have both traditional (PC and console) and mobile versions, whilst others exists exclusively on the mobile platform. The highest grossing mobile game worldwide last year, according to both Statista and Business of Apps, was PUBG Mobile with $2.01 billion USD in revenue. China, Japan and the United States are responsible for the majority of in-game spending on mobile games, with some of the highest grossing games on iOS and Android solely played in China or Japan – such as the Chinese version of PUBG Mobile, Game for Peace, as well as Honor for Kings and Genshin Impact.

Taking a closer look at PUBG Mobile for example, the PMGC (PUBG Mobile Global Championship) this year involves 51 teams across the world and boasts a prize pool of $4 million USD. Last year the event reached a peak viewership of 3,801,998 live viewers, as reported by Esports Charts. For the majority of the population who aren’t as skilful enough to compete on a world stage, there is a plethora of competitive leagues to filter into. These will often have prize pools of their own, though a much smaller amount.

Mobile gaming and mobile esports generate huge amounts of income for their publishers and creators. The reasons for this are relatively obvious – availability and price. As mentioned previously about accessibility to high performance gaming PCs, most PC gamers also play games on mobile as well, whilst the reverse isn’t necessarily true. According to Esports.net, in 2019 Chinese mobile gamers outnumbered PC gamers nearly 2:1.

For an idea of scale, Newzoo recently published a report on 21st December 2022 illustrating that mobile game revenues accounted for 50% of the global games market this year. This figure is in fact a 6.4% decrease from 2021 since we’re seeing a ‘corrective year following two years of lockdown-fuelled growth for the market’. Tianyi Gu, Newzoo’s Mobile Market Lead, cited that the ‘ongoing development in mobile gaming related to privacy, especially on iOS’ and ‘spending on mobile games dropped in consumers’ priorities as the world opened again after two years of lockdowns, and people’s disposable income becoming increasingly strained by inflation’ as the two main factors contributing to mobile game revenues’ decline this year.

This is more than likely a small bump in the road to what has been a very prosperous sector for the video game and esports industries as a whole. As technology continues to advance and become more accessible globally, including the development of faster and more powerful smartphones, infrastructure, and streaming services, we can expect to see the overall growth of mobile esports continue on an upwards trajectory for years to come.