The hot topics from ICE London 2019 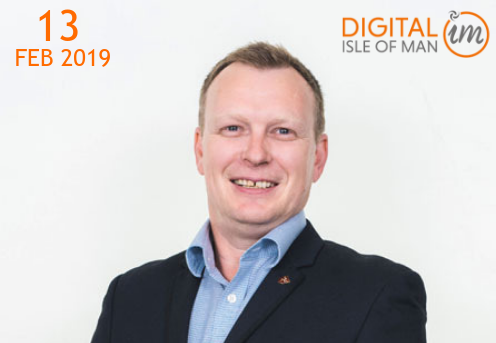 Tony Jones, from e-Gaming Isle of Man, discusses the biggest trends that emerged during the three-day ICE expo.

I’m writing this after three incredible days at ICE London where the great and the good of the global gaming industry came together under one roof to showcase, educate and network. ICE is undoubtedly the sector’s largest and most important conference, with operators, suppliers, regulators and stakeholders from across the globe in attendance.

The theme this year at ICE was ‘Spirit of Genius’ and while it is hard not to get excited by the latest technologies and products on offer demonstrating this genius, of most interest for me are the conversations I had at the Isle of Man stand and elsewhere.

While the topics discussed over the three days were diverse and varied, it quickly became clear that there are a few key trends that the sector will have a sharp focus on this year. They are: regulation, licensing and compliance; blockchain technologies; eSports betting and how operators can unlock its potential.

Below, I’ll go into a little bit more detail about what was said around each.

Discussions at ICE London centred on how the industry can work together to keep crime out of the sector and protect consumers, while ensuring markets remain viable for all stakeholders.

Regulatory jurisdictions must lead these conversations as they have the experience and knowledge required to balance both sides of the equation.

One of the most interesting talking points was around software suppliers and to what extent they should be regulated and licensed. In recent months we have had a significant number of software suppliers, who are being asked by their B2B partners to show their corporate governance standards are healthy and ownership structures are trustworthy, ask if the Isle of Man can license them.

This has led us to develop a Software Supplier B2B licence which we officially launched on the first day of ICE. This licence is suitable for both traditional developers and those with new models based on blockchain technology.

As part of this, we have created a register of approved software – including live dealer studios and blockchain solutions – that is held by the Gambling Supervision Commission. This streamlines internal processes and speeds up game deployment for software suppliers by significantly reducing the time it takes to integrate with Isle of Man licensees.

The fact that software suppliers are specifically asking to be regulated by the Isle of Man Gambling Supervision Commission, and the subsequent launch of our new licence, is testament to the regard in which our regulators are held and how important compliance has become for all stakeholders.

Indeed, as more markets continue to embrace regulation and the global focus on AML/CFT increases, it will only become more so. This is also why it is so important for established regulators to educate operators and suppliers – and also lawmakers – in markets looking to establish their own frameworks.

ICE was the perfect environment in which to do this – not least because we were all under the same roof for a change – and over the three days we held several advisory discussions with law makers in emerging markets.

Blockchain has been a hot topic for several years now, but during ICE London a lot more noise was made about how businesses and entrepreneurs can finally grasp its potential. We have already seen several businesses launch using blockchain technology, including Isle of Man-licensees Luckbox, Unikrn and blockchain lottery operator, Quanta.

But this year the conversation was more about how entrepreneurs can launch blockchain businesses in a compliant and sustainable manner. With this in mind, we used ICE London as the perfect opportunity to cut the ribbon on our new Blockchain Office.

The Blockchain Office is a sandbox environment that facilitates, supports, advises, horizon scans and educates blockchain entrepreneurs and businesses. The Office is staffed by a team of highly skilled experts that are on hand to support organisations in the sandbox, working with regulators and aiding businesses.

The reaction to the Office was incredible, with many delegates saying that such a facility was long overdue and was exactly what was needed to help bring blockchain technologies into the mainstream.

You only had to walk one loop of one of the exhibition halls to see eSports’ increasing presence in the gambling industry. From sportsbook operators offering dedicated eSports betting sites to technology suppliers launching innovative eSports betting platforms, it is obvious the growth in eSports is still early stage and very much on an upwards trajectory.

Skins betting associated with eSports has had some bad press in the past, mainly due to unregulated and unscrupulous operators offering this product to under-age gamblers with un-certified RNGs. Isle of Man licensees who offer skins betting are required to ensure the players have gone through the KYC process, which prevents under-age players, and require the RNGs to have a valid test certificate from a trusted testing centre.

The Isle of Man has already established itself as a pioneer in the eSports betting sector, licensing the likes of Unikrn, Rivalry and Luckbox. I was able to use these examples when talking to delegates about how they too can get in on the eSports betting action, but in a way that is responsible and ultimately compliant.

All told, it was a very interesting, valuable and successful ICE London 2019 for the Isle of Man as we continued to lead the conversation around these three hot topics and more.