The importance of grassroots in esports 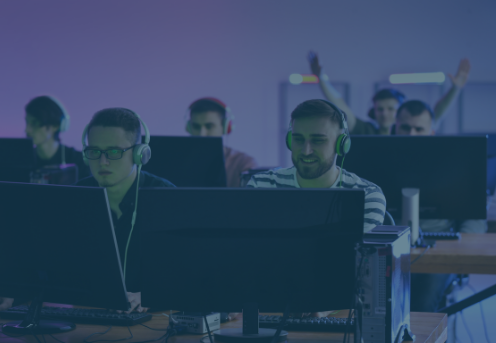 Head of Esports at Digital Isle of Man, Chris Kissack, discusses why he believes that grassroots is the most important part of esports.

I have always liked using analogies, idioms and synergies. I can’t confess to know the difference between them but that never stopped me from using them! My use of them can more than likely be traced back to my time working in software development in my early twenties. I managed a small team of software developers and I loved the analogy of building a house when it came to building a piece of software, especially sitting between the devs and sales team. This analogy was rich with examples to call on, from ensuring you have seen the blueprints of the house before you break ground, making sure the plumbing and wiring has been thought out and can handle expansion, such as adding a new bathroom or extension to the house. Without proper planning and getting sign off on the blueprints, you were in for costly headaches later on. All things which can relate to the building of databases, signing off the scope document and checking additional functionality can be added and expanded upon within the user interface at a later date. Yes, I love the house analogy.

As my career progressed and I moved into esports, there was something at the heart of esports which was ripe for analogies. Grassroots. Now this piece is not going to be about analogies, despite taking 200 words to even mention the word esports. However, I do hope by the time you get to the last word or so that you will have understood the importance of grassroots within esports just a little bit more and start to apply some analogies of your own to the topic at hand.

To begin the discussion on grassroots and why I believe it is the most important aspect of esports, we do have to turn the clock back somewhat. We will go back more than twenty years, but initially we do not need to go back that far. When I started my role within the Isle of Man Government as part of the Digital Agency, the first external meeting I had within my first week was with three local students, one of whom was calling in via Discord as he was still at University. These guys had been running local Super Smash Bros tournaments for a few years from a church hall and admitted they were slightly taken a back that someone from Government wanted to speak with them. To me, these guys were the most important people the new head of esports could meet with. Overdrive, which is their brand, had not only been organising and running local community tournaments but also arranging games with the other offshore Islands. Since that meeting nearly a year ago, they have grown their following, had TV coverage and received support from local event production professionals. They have stayed in their church hall for the time being because it is where they are comfortable and it works for them, but it has been a highlight of my role so far to support them where I can and watch them grow. That first meeting with the Overdrive team was the most important first meetings I could have had, because news travels fast within a local gaming and esports community and there was bound to be sceptics on the authenticity and legitimacy of a Government appointing a Head of Esports. It wasn’t long before other community tournament operators came out of the shadows along with some new ones being formed, all of which have gone on to see great success.

Now like any industry, there are different schools of thought on different aspects within the esports ecosystem. Just look at the debate around what makes an esport and esport or even how to spell esports. I would be disappointed if everyone from the esports space who read this 100% agreed with me on what falls into a grassroots bracket and how far back it goes in the history of esports, however I am 100% confident that everyone from the world of esports will agree on its importance. For me, grassroots goes all the way back to the days of CRT monitors and those, let’s be honest, dirty cream tower behemoth PC’s. Pre Blu Ray, pre DVD, even back when an 8 speed CD ROM drive was considered a luxury. Whether it was in a church hall, an understanding parent’s front room or one of the early internet cafés, these, for me, were the early days of local grassroots esports. However, back than, the word esports was an unfamiliar term. No, these were LAN parties and gaming meetups. These were opportunities for gamers and fellow geeks to compete against each other on classics like Doom, Quake and later on Unreal Tournament and early Counter Strike. I can only speak on what I experienced locally, but these gathering of gamers under a bond of a love for video games (and seemingly a shared fondness for the scent of Lynx Africa mixed with Pringles), were not just driven out of connectivity necessity due to pre broadband days. These were a place to learn from each other, to set our own rules and team structures where everyone got to take part and play; these were safe spaces where we could make new friends and support each other. There was always someone who knew how to get the most out of the hardware and work their black magic, which could be anything from overclocking the CPU, a simple defrag or just taking the side panel off the case so it didn’t overheat as much. These gatherings were the birthplace for what some (myself included) refer to as the Godfathers of esports. The individuals who went on to play professionally, to form esports Orgs, to create tournaments which would fill stadiums. I could reminisce all day and evoke memories for some of you reading this who remember those days fondly, but as usual I am getting dangerously close to my marketing managers suggested word count and in danger of losing focus and the point of this article.

Grassroots esports has evolved over the years, but as its core I feel a lot has remained the same. The glitz and glamour of professional esports can at times detract from the Tier 2 and 3 scenes, but that is a detriment to the sustainability and positive growth of the industry. Grassroots events these days provide not only an opportunity to create and nurture new talent, but a safe space for diversity and inclusion. Back in my day, sadly there was very little in the way of female gamers or openly LGBTQ+ gamers, but these days are different and as an industry we are always trying to do better and be better. However, we are still not doing enough and online gaming can be a toxic place and not as welcoming and supportive as it should be. Grassroots events and community gatherings can create safe spaces for everyone to game together regardless of gender or ethnicity. It frustrated me greatly reading some non-endemic news articles claiming esports was largely unaffected by the pandemic. While the Tier 1 games could pivot online, the local and community events had a harder time doing so initially. Those safe spaces and gatherings were on hold and while we on the Isle of Man went 7 months last year COVID free in the community, which allowed our physical grassroots events to continue, sadly other locations around the world were not so lucky.

The final point I want to make on the importance of grassroots esports, is the opportunity for education and discovery for those outside the industry. For those my age who are late to the esports and competitive gaming party, you have such a wealth of information and experience opportunities available to you at community events. Don’t just read about esports in the paper or overhear your offspring’s favourite Twitch streamer getting hyped about it, go and see it for real. Who knows, you might even want to take part yourself. Whether you are a lawyer, an accountant, a corporate services provider, a teacher or an investor, you will learn so much about esports and its opportunities from grassroots events. More so, you will be welcomed by the wider industry once you are seen as someone who understands the value and importance of grassroots events. Conversations will go a lot different when trying to enter the space or land that larger esports opportunity when you know what is going on in your local grassroots scenes. And trust me, you will be asked what is happening in your own esports back garden.

Which brings me nicely back to where I started, talking about those analogies. Grassroots, gardens, planting seeds, nurturing them, and making sure they have everything they need. Whether or not they become something your neighbours envy, become the talk of the town, win a rosette at the local fair or go big and hit the record books, it does not matter, what matters is giving them the opportunity to grow. And that’s what grassroots esports is all about.