The Internet of Things (IoT) might finally live up to the hype! 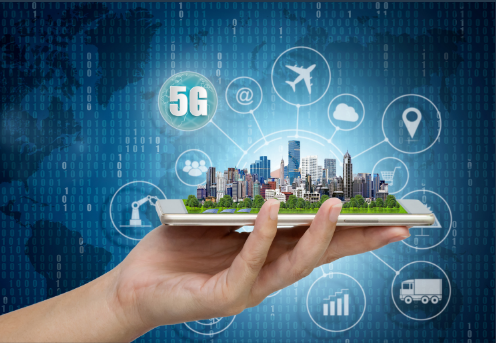 Sarah Ennett, IoT Manager at Digital Isle of Man muses about why the boom in connected devices didn’t happen quite as predicted, but the Internet of Things might finally be reaching a tipping point.

It’s more than 10 years since internet technology company Cisco predicted that there would be 50 billion devices connected to the internet by 2020. Everything from light bulbs and air conditioning systems to cars and even cows would be connected as part of the Internet of Things (IoT), sharing data, automating tasks and making life simpler. The reality hasn’t matched the hype, however. Cisco’s 2021 estimate was a more modest 27 billion devices.

Even if the numbers didn’t grow as quickly as expected, there are now enough devices out there to suggest that IoT’s time has finally come. Moreover, innovation cycles are shortening, so there’s good reason to think that IoT will solidify its position in our work and home lives much more quickly than earlier generations of technology. Grasping its potential now could boost businesses, enabling new products and services and making existing ones faster and cheaper.

Smart fridges and other gadgets- a look at IoT use cases

There are several reasons why it took longer than expected for IoT to reach this point. The first is greater clarity around use cases. The term Internet of Things was first used in 1999 and from the outset it was suggested that all kinds of everyday objects would soon be connected to the internet. A common example was the ‘smart fridge’ which would track the food stored inside or contain a screen that allows you to coordinate the family calendar. You can buy smart fridges today, but they remain expensive and relatively few.

Keeping track of the whole family’s movements can be challenging but not something people want to solve with a new fridge. Getting the solution right is vital. Apple doesn’t reveal sales numbers for its Watch, but analysts say sales increased significantly once the company repositioned it as a health device, rather than a general-purpose smartwatch. Similarly, many people see the need for smart doorbells that let them see, and talk to, the person at the door, even if they aren’t at home.

Even the right solution needs the right technology, however. For a long time, component costs were too high for IoT devices. These devices often need to be small so they can be worn on the body or attached as discreet sensors. Technology components tends to get more expensive as it shrinks, and it takes time for production volumes to increase sufficiently to bring costs down. Many of these devices also need to contain a battery, which can also add to the cost.

The importance of data

The other piece of the puzzle for IoT is connectivity; the device must be connected to the internet so it can send and receive data. It has taken some time for mobile connectivity and Wi-Fi to become sufficiently widespread and robust for IoT uses. Not every use case requires high-speed data transfer. An agricultural sensor monitoring moisture levels in a field, for example, sends a small amount of data every now and then. It might well be fine with Low Power Wide Area (LPWA) network technology.

A self-driving car, on the other hand, needs 5G speed and reliability for the data needed to navigate a busy city. The car will be sending and receiving data constantly and it has to be available immediately. That kind of connectivity is only just becoming a reality.

Finally, all this data must go somewhere to be useful. For example, a sensor on a machine in a factory might be able to tell when the machine needs maintenance. This is more efficient than inspecting the machine on a fixed schedule, whether it needs maintenance or not. But it only works if that information can be sent to the people who need it and integrated with the various other data reports they need.

Start by understanding the problem

Today, there are more services available that can bring together various IoT devices and combine data or display it on a centralised dashboard. IoT ecosystems are less fragmented and complicated than they were. The Thread Group, for instance, are certifying IoT products so that buyers can be sure they will work together.

For those who want to implement an IoT solution, the space is now better than it has ever been. Even so, it is still imperative to start with a good understanding of the problem you want to solve and whether a solution exists. Once you have a particular solution in mind, you need to investigate whether it will last as long as you need it to. In some areas, for example, 2G mobile networks are about to be switched off, so an IoT solution that used 2G would not last long.

It’s important not to overlook security, of course. The first wave of IoT devices were often not as secure as they should have been, leading to concerns about the safety of the whole field. However, today’s devices, with proper due diligence, need not be a concern. The biggest risk is likely to be with those devices that allow for two-way communications. A sensor that starts or stops a machine might cause damage if it malfunctions, so it is important to have fail-safes in place.

For many businesses, this is still a relatively new area, so it is sensible to get expert advice on how IoT might benefit your situation, just as you might if you were considering a cloud migration or a new security solution.

It would be understandable for any technology expert to have grown bored with the hype around the Internet of Things by this point. It still isn’t the case that everything at home and work is about to be connected to the internet. That will probably never happen. However, steady development in the sector has produced a range of powerful products capable of making a significant impact and their potential is worth exploring.