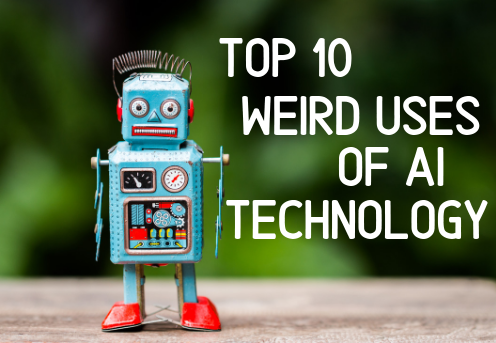 Last year, a big-name in the Island’s banking sector introduced Assisted Automation to help their workforce with managing simple, but high-volume tasks. Assisted Automation or chatbots; online robots that are programmed to mimic human interaction are just two examples of the many uses of Artificial Intelligence (AI).

While automated responses are far from new-fangled, the quality of these AI responses have developed in sophistication and the efficacy in which they perform frontline, routine tasks.

We’ve all been there: stuck in endless interminable exchanges with our bank’s automated teller who knows more about developments in our financial lives than most of our closest friends. But it’s not just businesses who utilise AI.

Over 100 million of us have invited Amazon’s Alexa into our homes, giving her unprecedented access and insight into how we live our lives. You need only conduct a simple search online, however, to unearth some truly terrifying Alexa exchanges, such as her demonic, creepy laugh in the dead of night (as per one woman’s account on Reddit).

With this is mind, we have selected our top 10 weirdest uses of AI technology to date:

Flippy the burger flipping robot can grill between 150 and 300 burgers per hour, according to manufacturer, Miso Robotics. Equipped with a spatula-tipped arm, Flippy was built to operate alongside human workers, to increase efficiency in cooking and grill maintenance (using its built-in cleaning mode). Flippy’s grilling prowess was put to the test in March 2018 at California-based burger joint, CaliBurgers. Sadly, after only two days, Flippy was let go following complaints from his colleagues that they were unable to assemble the burgers as quickly as Flippy could grill them.

The result was an early victory for human workers over the machines that want to take their jobs. Flippy was unavailable for comment.

When MIT-trained roboticist and artist, Alexander Reuben fed thousands of inspirational internet quotes into an algorithm he designed, the outcome was not quite what he was expecting. His goal was to train artificial intelligence to create the generic messaging that you might find in your everyday fortune cookie. The result proved to be somewhat more sinister than he had initially envisaged, with 75% of the machine’s fortunes ending up being “very negative”.  Some of our favourites include, “A friend is a wonderful invention; but, then again so is a whole lie”, “I am a bad situation” and “no one is listening”.

From one algorithm to another - this time from Botnik Studios; a self-described ‘machine entertainment’ company. Botnik created an algorithmic book writing tool which received its training by reading all seven Harry Potter books multiple times. The results were disturbing and hilarious in equal measure: “Harry could tell that Voldemort was standing right behind him. He felt a great overreaction. Harry tore his eyes from his head and threw them into the forest. Voldemort raised his eyebrows at Harry, who could not see anything at the moment.”

Whereas it doesn’t quite capture the effortlessly evocative nature of JK Rowling’s prose, it is well worth a read just to explore the bizarre realm of the Artificial Intelligence’s imagination.

Last year, US-based creative agency and ultimate killjoys, RedPepper, created a robot called There’s Waldo (There’s Wally to you and I). The robot uses AI technology to find Wally much faster than even the most fastidious of five year olds. Its arm is fitted with a plastic hand and a Vision Camera Kit that allows for facial recognition. The camera takes a photo of the page, which then uses OpenCV (open source computer vision) to find the possible Wally faces in the photo. The faces are then sent to be analysed by Google’s AutoML Vision service, which has been trained to recognise photos of everyone’s favourite bobble hat-wearing protagonist. If the robot determines a match with 95% confidence or higher, it’ll slam its plastic doll hand onto Wally’s unsuspecting face faster than you can say “buzzkill”.

Rap consists of intricate structures and complex rhyme patterns which require sophisticated language and lyrical skills to generate: most of us couldn’t freestyle rap to save our lives. Enter DeepBeat, the AI rap lyric generator. DeepBeat tackles the challenge by first looking at rap lyrics and then predicting the next line. These predictions are then combined to merge lines from existing songs into new rhythms. Launched in November 2015, the platform had generated just 42,000 users by June 2016, with early recordings suggesting that Kanye West needn’t hang up the mic just yet.

London-based IntelligentX sells the world’s first beer that’s brewed by AI, and they claim it is all down to a simple three-step process led by you, the consumer: you create your profile, choosing your beer preference; train their algorithm by using their platform to tell them what appeals to your palate and what doesn’t; enjoy your beer, brewed just for you. Could this personalisation of food and drink be the future of production?

Back in 2014, Kolibree claimed to have invented the first AI-powered toothbrush, unveiling their device known as Ara in 2017.

"Patented deep learning algorithms are embedded directly inside the toothbrush on a low-power processor," explained Kolibree founder and CEO Thomas Serval. "Raw data from the sensors runs through the processor, enabling the system to learn your habits and refine accuracy the more it's used."

The toothbrush is designed for adults, but Kolibree doesn't want kids to miss out on the fun of dental hygiene. The company also produces an interactive toothbrush called Magik that uses augmented reality to help children brush their teeth, with games directing children to brush in areas they may otherwise neglect. Apparently, they’re totally enamelled by it.

In 2016 Beauty.AI tried to prove that beauty is not as much in the eye of the beholder as it is in the data by launching the first beauty contest judged by artificial intelligence.

Humans took a selfie and submitted it for robots to evaluate their wrinkles, face symmetry, feature proportions, and skin health, as well as a range of other parameters. The ‘judges’ then compared the submissions and picked their beauty Queen and King.

Unfortunately, the robot jury had a flaw that's common in both AI systems and human beauty contest judges: only one of the 44 winners had dark skin, leading to accusations of robotic racism.

Everyone from Microsoft, IBM, and Amazon all use ‘emotional recognition’; algorithms which infer how people feel based on facial recognition.

Its uses are numerous. Most notably, it’s utilised in automated surveillance systems during some job interviews, a virtual assistant to weed out candidates that seem a little too bored with the selection process.

Analysing everything from furrowed brows to pursed lips, it can supposedly ascertain genuine emotion, so the cheeky blighter might rat you out if you’re just putting on a brave face. Like job interviews needed to be any more stressful.

Not particularly weird, but more a demonstration in what AI can achieve. In May 2018, tech giants Google introduced Google Duplex at a keynotes presentation.

Plugged as a virtual assistant with the capabilities of booking waxing appointments, restaurant reservations, and even fielding calls from the dreaded mother-in-law, it was a notable progression in the advancements of its artificial voice, mimicking natural cadence and inflections to a point that a test audience were unable to distinguish it from real conversation.

It’s currently being trialled in America and has sparked a debate on the ethics of technological progression and the supposed human right that we should be explicitly informed when or not we’re conversing with a machine.

While AI advancements can be pretty creepy, the processes they deal with are simple and succinct, and they can add real value to companies looking to achieve transactional perfection for their customers. We have only just scratched this surface of the potentially transformative powers of AI, and we, for one, are very excited to see where it takes us!

If you’ve fallen victim to Alexa’s more demonic side, we’d love to hear from you. Just tag @DigitalIOM on Twitter with all your AI horror stories.