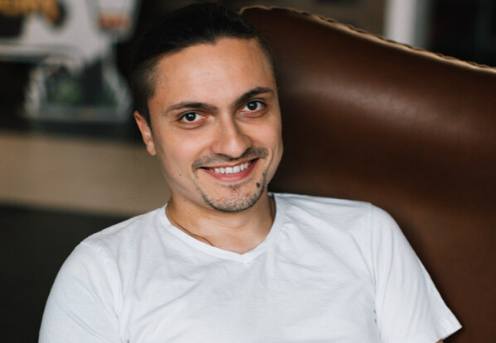 The eighth and final gamer taking part in the Virtual TT is Alex Petrov from Moscow, Russia.

Alex works in the gaming industry but in his spare time he builds racecars in his friend's workshop!

He will be joining the UK's Peter Hickman in Team Eight!

The most exciting thing for me in this project, is to be paired with a real biker.

I knew a little, I am more of a car guy, but since I like vehicles in general I watched some laps of previous TT races.

Who do you think is the one to beat (racer or gamer)?

It all comes to practice, but I believe that track awareness is very important and will give a huge advantage during the race. So I would bet on racers.

I have been playing since my early childhood on my NES. Then it became my hobby, then it became part of my life (I work in the gaming industry!)

Alex and Peter will be last up to race. You can watch their race on Friday 12 June from 8:15pm BST at iomttraces.com or YouTube

Be sure to tune in from 7pm BST to enjoy the build up with the 'TT Lock-In' programme.