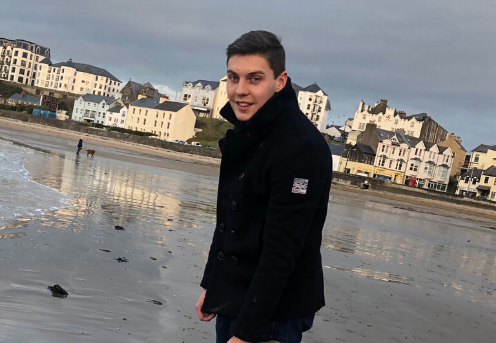 The fourth gamer taking part in the Virtual TT is another Isle of Man local, Sam Tipper. Sam works in Business Development at Isle of Man-based Bitcoin exchange, CoinCorner.

Sam will be teaming up with the UK's Davey Todd to form Team Four.

Have you always enjoyed the TT?

Yes, I really struggle to understand anyone who says otherwise. For me, it's been part of my life since moving to the Island at three years old. With my mother being a huge TT fan, I was always up before school to watch the action, back in the days of the morning practices. Having then grown-up living two minutes from the Grandstand, it was trips to the paddock during TT to catch the buzz and grab the rider autographs. I remember feeling on top of the world as a teenager, having secured a job to help distribute leaflets for a then 'up and coming' Guy Martin signing session at a local shop in town, which meant a free meet and greet for me! Nowadays it's a bit different and I try to catch as much of the racing as possible, I have a three-year old son who's not old enough to enjoy the TT yet (but he still looks cool in his official TT Jacket). 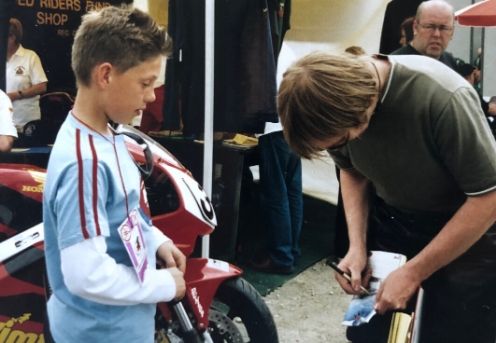 Why did you want to get involved with the Virtual TT?

Gaming has always been something that I've enjoyed - a way to switch-off and have some fun. When I had the opportunity to take part in the 2020 Virtual TT and put my skills against the actual riders, it was something that I couldn't say no to.

Do you think you have ‘home advantage’?

Tough one! Perhaps against some of the other international gamers, although I'm sure that home advantage won't help much against the TT riders. They'll know the course at 130mph, rather than the leisurely speed at which I've travelled round at in real-life (including on my pushbike during the first-ever Isle of Man Cycling Challenge).

Good question, we're talking mid-late 90's Sega Mega Drive II when I was first on a gaming console - Paper Boy, Bubble Bobble, and the Motorcycle racing game Road Rash II were some of the old-school titles I remember playing. Things have changed quite a bit since then, I'm more of an Xbox and PC gamer nowadays.

What is your go-to game and why?

This really depends on what mood I'm in, sometimes there's nothing like a bit of Call of Duty, but the new Isle of Man TT: Ride on the Edge 2 really has been my go-to game recently (especially with needing to get the laps in!)

Who do you think will be the one to beat? Anyone you’ve got your eye on?

I heard a rumour there are some talented YouTube Streamers involved, so I'm sure they'll be quick having put the hours in. From the TT Pros I think it'll be the younger generation, like Davey Todd - although if Peter Hickman is as quick as he is in real life, he'll be a contender for sure.

Sam and Davey will be up fourth in the Virtual TT series. You can watch their race on Monday 8 June from 8pm BST at iomttraces.com or YouTube