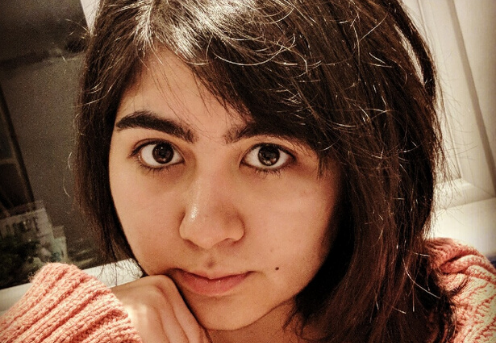 Introducing our seventh gamer: Sara Leghari. Sara is originally from London, but is currently living in Staffordshire where she is studying esports.

Sara will be joining USA's Mark Miller in Team Seven.

The fact it is such a well-known race with amazing competitors. I have always loved motorbikes and pointed them out on the road as a child and now I get to virtually compete with and against the best. It’s like a dream.

I wasn’t that involved if I’m honest. I knew it was a thing but never knew too much about it because I couldn’t afford to go to the event and spent a day in the Isle of Man. My dad used to be involved with racing programmes though, so I have a soft spot for this kind of thing. But now being part of it, I have found out so many interesting and cool facts about it.

THE HAIRPIN. It’s like the hardest for me to overcome because you’re almost doing a 360 degree turn on a sensitive motorbike, you almost have to come to a complete stop. I have no idea how they do it in real life.

I love all my FPS games, Call of Duty since I played it as a kid, Overwatch, Apex Legends and so on. When I’ve had enough of those games, I go to my go-to games Final Fantasy X-X2 and Kingdom Hearts 1/2/3. They are beautiful and made me who I am today, complete contrast to hardcore motorbike gaming!

I watched my brother and cousins play as a kid. When my dad was around, we played Lara Croft: Tomb Raider as a family. I wanted to be Lara Croft. I played Call of Duty for hours. Once me and my cousin got out of bed in the middle of the night and played Smuggler’s Run on the PS2. I have such good memories with gaming.

You're now studying esports at University; tell us, how did that come about?

I knew I belonged to esports from day one. I used to be a kid that thought kids who played video games as a job to ‘test’ them was amazing. I wanted that job. I found beauty in games, the story, the graphics, the way you immerse yourself into a world. It’s pure escapism.

I went into studying esports when I was in an unhappy place and it changed my world around, brought the confidence I lost as a kid back. I shared my interest with students and played everything all over again. I still feel like a kid when I play games. I feel like myself and not something society wants me to be. My course taught me about esports events and the importance, the issues and how to plan my very own esports event. It’s so difficult and I’m still learning. I love the life I’m living in this esports world and I wouldn’t change it for anything.

Sara and Mark will be the seventh team to race. You can watch their race on Friday 12 June from 8:15pm BST at iomttraces.com or YouTube

Be sure to tune in from 7pm BST to enjoy the build up with the 'TT Lock-In' programme.