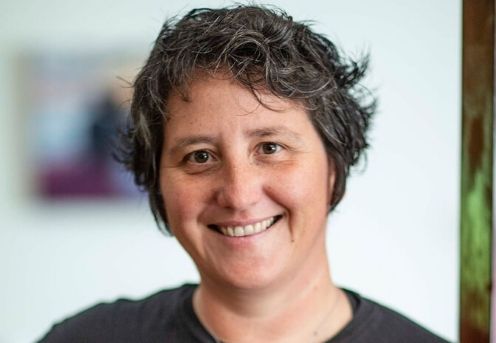 Next up we meet Stefy Bau - a racing legend in her own right, with a string of motocross championship titles under her belt, including three World Championship titles! She is now the co-founder of Init Esports, an esports agency focused on SIM Racing and the development of the women's side of esports participation.

Stefy hails from Italy but currently resides in San Francisco, California. She will be joining Australia's Rennie Scaysbrook to form Team Two.

What excited you most about joining in on the virtual TT competition?

I am a former racer so I did accept the challenge when I was asked. I wish I had a bit more time to practice. Even though I've only played the game a handful of times before, it is super exciting for me to be able to do a lap of the TT. The lap is so long!

I have known about this race since I was a little girl. It is something that I wanted to do one day in my life. Maybe this experience will inspire me to take the step, of course without the crashing!

For me, the entire track was fairly hard because it is long so it takes a lot of practice to remember it. I'll say that the last roundabout before the finish was the most difficult to master on the game... in fact, I don't think I ever got it right!

Outside of Ride on the Edge 2, what is your go-to game and why?

My company, Init Esports, organize esports tournaments for two-wheel racing and because of that, I started to play motorsports games mostly to understand them. I have played Supercross, MX vs Atv, MotoGP, F1, Assetto Corsa but in a very limited capacity. However, I have created a Twitch account @StefyBau

As a former racer, I've been featured on two videogames in the early 2000's. I made my way back to the gaming industry about one year ago when we opened Init Esports.

Anything else to add?

As a former racer and now co-founder of Init Esports is great to see more and more two-wheel disciplines getting involved with gaming. It is fun participating in this project and I look forward to seeing how it evolves.  As a female racer, I will like to see more women involved! In the meantime, I will for sure practice the game and looking forward to being on the podium next year and maybe be there in person!

Stefy and Rennie will be second to race in the Virtual TT series. You can watch their race on Saturday 6 June from 8pm BST at iomttraces.com or YouTube