Digital Matters: The Rise of Blockchain 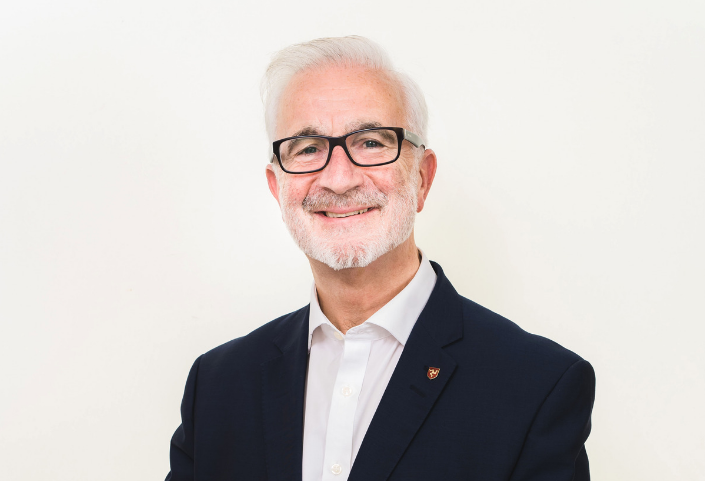 Manager for Digital Isle of Man, Brian Donegan, discusses the Rise of Blockchain.

Blockchain or Distributed Ledger Technology (DLT) is a relatively new technology, and can also be described as revolutionary (comparable in scale to that of the internet).

It is often discussed in tandem with Bitcoin, due to it being the underlying technology of the cryptocurrency, but there is so much more to it, and it has huge and exciting potential to enable significant business cost savings and efficiencies across a number of different sectors, and other areas of life.

But first, I think it’s necessary to understand this world-changing technology by explaining what exactly it is, where it came from, how it works (I promise it’s not as baffling as you may think), and its potential applications in the real world.

In essence, Blockchain enables value to be transferred between two parties, quickly and easily, and without any third-parties to authorise the transaction, such as a bank or financial institution.

For example, when you transfer £10 to a friend of yours, you would typically do that in such a way that would require a third party (your bank) to authorise that transaction. This is to ensure that the money not only reaches the bank account of your friend, but also that it has indeed left your own bank account. With Blockchain, there is no need for this third-party because the verification part of the process takes place automatically.

Despite the hype around it, people still seem wary, and I think this is partly because it’s new and ’the unknown’, but also in part because of its claim to be immune to human error. In the process of decentralising and sharing power across the network, it is essentially asking users to fully put their trust into technology itself, something that many individuals and institutions are not prepared to do.

With this in mind, it is pertinent to give some background on where Blockchain emerged from and why.

Blockchain emerged as a result of the international banking crisis in 2008.

A number of leading computer developers had tried to come up with a new process that could deliver an alternative to the established global banking order where trust had traditionally been centralisedâ?¦ and then subsequently broken in the wake of the financial crisis.

The result was the online publication by Satoshi Nakomoto of a White Paper, Bitcoin: A Peer-to-Peer Electronic Cash System, that described a new peer-to-peer payment system which offered a viable alternative to the traditional banking system, or ’a system for electronic transactions without relying on trust" as originally described in the paper. Enter Blockchain, stage right.

This new peer-to-peer system was bold, radical and anti-establishment, as it proposed the decentralisation of trust (as opposed to a single point of trust/single point of failure, as with banks). In essence, it suggested that no single participant within the network had the power or control; power was to be distributed equally across the entire network.

The best way to achieve this objective, as suggested in the White Paper, was to use a sophisticated algorithm to incorporate an element of competition with a risk/reward process, known as mining.

This promised users a meaningful incentive of something with real value that would keep people playing fair. The reward in this case was a token that came to be known as Bitcoin - you might have heard of it!

Miners have proliferated in number and are considered vital to keeping the Bitcoin Blockchain ecosystem ’glued’ together, and it is this process that has played a part in influencing the price of Bitcoin over the last few years.

This is because, unlike traditional fiat currencies, Bitcoin is finite in number.

Unless there is a serious change to its protocol, coins cannot be simply created to control money flow - there will only ever be 21 million Bitcoins in circulation that can be mined, and as of January this year, a staggering 16.7 million had already been mined.

Firstly, I think it’s easier for us to refer to each transaction as a jigsaw puzzle piece, which then sits within a wider jigsaw of other pieces that are all connected and fit together neatly. In the Blockchain, each transaction (or jigsaw piece) includes important digitized information about the transaction, including the date and time, the participants involved, transaction amount or value (it’s important to understand that not all transactions are necessarily currency, but for the sake of simplification, I will continue to refer to it as so), and other relevant pieces of data which essentially give the transaction a digital identity, sort of like a receipt.

Every single computer node in the network owns and can see a full copy of the Blockchain (jigsaw) and via this network, consensus is achieved by virtue of all transactions (jigsaw pieces) being verified by other participants in the Blockchain.

In other words, every single piece in the puzzle needs to fit together, and essentially agree with each other.

Take that friend of yours I mentioned earlier to whom you were sending £10.

The various bits of information that each block is made up of will ultimately ’piece together’ to verify the transaction - in other words, they will all be in agreement about the information provided, including the amount of money transferred, the timings of it to prove that the money left your account first and then subsequently received by your friend, and other pieces of relevant data.

The technology is designed so that it will not arrive at a consensus if fraud or corruption is present (so for example if there was no evidence in the Blockchain that the money had left your account, despite arriving to your friend’s) and as such, the system will refuse to incorporate the transaction in the Blockchain.

Another important characteristic of the technology, is that nothing on the Blockchain can be changed or edited; it is immutable.

This means that once registered on the Blockchain, data are time-stamped thereby creating a permanent record. An advantage of this is that multiple levels of human checking for complex technical transactions are no longer required. Of course, if there is a mistake in a transaction, for example you put an extra zero on that tenner to your friend, you can add to the Blockchain to get it amended, but there will forever be a permanent record of the original £10.

Now, whilst Bitcoin is hugely exciting in itself (particularly with fluctuations in prices within the last year), there are many commentators (myself included) who agree that the value of and potential for Blockchain extends far beyond Bitcoin and other cryptocurrencies.

This is thanks to its long list of favourable attributes and benefits that it has to offer the world.

Operational and cost efficiencies, reduced risk and speed increase - thanks to the automation associated with the technology, processes are faster and more streamlined, and importantly, it virtually eliminates the possibility of human error. What’s more, the high costs associated with compliance, regulation and corporate governance are significantly lowered, as are risk management costs.

Protection against fraud - whilst it may not be the silver bullet for the elimination of fraud and identity theft, it comes pretty close. Many hackers have tried, but few have succeeded in crashing the Bitcoin Blockchain network. Infinite quantities of power and patience would be required to perpetrate a fraud as it would require the hacker to penetrate the security systems of every single computer node in the global network, and all at the same time. So whilst we should never say never, it would be a pretty mean feat to achieve.

Transparency, and as a result, increased trust - because of its very nature of sharing information across the network, Blockchain offers users a transparency in transactions that until now has been virtually unfathomable. As it was originally intended, Blockchain helps reintroduce trust into the world of transactions, something that we have been sorely lacking lately in a world of fake news.

These are just some of the impressive advantages that Blockchain has to offer, which is all well and good as a concept, but how are companies and individuals putting it to best use? Aside of course from enjoying the highs and lows of Bitcoin.

The more obvious applications include banking, which I have already briefly touched on.

The banking industry was among the first to evaluate Blockchain given its potential to streamline efficiencies and dramatically reduce processing and infrastructure costs.

Approximately half a billion pounds is forecast to be spent on UK compliance in the banking industry. Blockchain has the ability to disrupt this and reduce costs by in excess of 10%.

But just some of the other exciting products and services being made possible by Blockchain include streamlined voting processes, tracking of healthcare products around the world to reduce the circulation of counterfeit medicines, data storage of healthcare information for the population of entire countries, risk-free insurance claim processing, cross-border payments, smart contracts to help combat bankruptcy, energy efficient products utilising the Internet of Things (IoT), tracking and trading of precious metals, and so much more.

Closer to home for example, the Isle of Man had a world first when it licensed a Blockchain-enabled lottery business last year.

As with many global digital businesses the Lottery may be susceptible to fraud. Blockchain-enabled lotteries are able to create an environment called ’provable fair gaming’ to counteract fraud. This advance in technology answers age-old questions such as ’is the lottery a scam or is it real?’ or ’do the funds really go to the charity stated?’ The power of the crowd and the transparency it brings deals with both of these issues, helping to minimise the risk of fraudulent activity.

In Blockchain-enabled lottery business, the key to its success is the use of the Blockchain ’smart contracts’ for ticket sales, the selection of winners and prize payments. This totally transparent system provides autonomous, automated, manipulation-free gaming. It is this technological breakthrough that has allowed the Isle of Man to license the first fully compliant Blockchain lottery in the world. In this way the Isle of Man has shown its commitment to understanding this unique technology while maintaining absolute dedication to the principles of ensuring the island’s gambling industry remains crime free, protects the young and vulnerable and ensures services are fair and that players receive their true winnings.

Looking to the future, it seems Blockchain technology will continue to evolve and mature, and just like the internet, we may see the emergence of Blockchain-enabled technology giants similar to the size of Facebook, Apple, Netflix and Google. Or by the very nature of the fact that it is a decentralised model, will any single individual or corporation ever really seize the market? Watch this space.