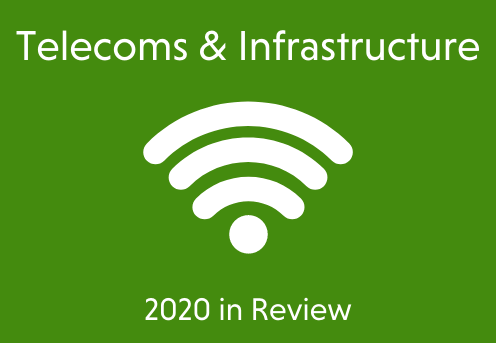 This year saw the launch of the Department for Enterprise’s National Broadband Plan (NBP), with an ambitious target of delivering ultrafast fibre broadband to over 99% of our Island’s premises within five years. Given the diversity of the Isle of Man's landscape and the remote nature of some of the properties, the Isle of Man Government recognised that delivery of fibre broadband to these areas would be commercially unviable and that funding should be made available to ensure that properties in nine intervention zones would have access to the service. Work is now well underway, with Manx Telecom chosen as the preferred supplier for the roll-out.

A key takeaway from this year has been the essential need for reliable and high-speed internet, highlighted when the majority of our resident’s took to remote working – a trend that looks set to continue for many. It was this that was the catalyst for additional investment into the NBP which ensures the acceleration of the roll-out from five years to four, with 75% of premises due to be passed by the end of year three. At the time of writing approximately 35% of premises have now been passed, equating to 1241 premises within the intervention zones and 14,700 in total.

Another major development from the Department’s National Telecommunications Strategy is the installation of two additional subsea cable landing points in the Isle of Man, completed in December. This new infrastructure will serve to enhance the Island’s connectivity to global data networks. Named ‘CeltixConnect-2’ and developed by Ireland-based, Aqua Comms, the cabling forms part of its wider strategy to develop the ‘North Atlantic Loop’ which includes two local branch connections which will enable the Island to benefit from additional landing points connecting the Isle of Man to Ireland and the UK with onward connections to Europe and the USA as well as enhanced resilience for residents and businesses alike.

2021 will see the infrastructure team continuing to work closely with Manx Telecom to progress the roll-out of Island-wide fibre broadband and support the development and trial of innovative technologies via the IoT Accelerator Programme.